More than a Game: Human Interaction in Sports 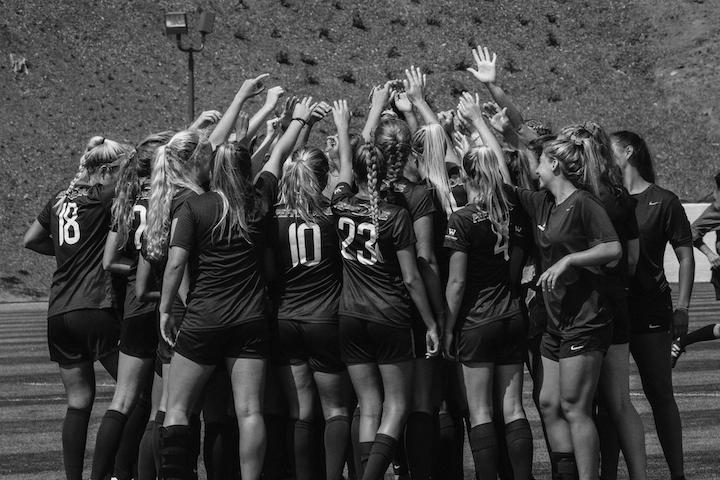 Physically and mentally fatiguing to the point of vulnerability.

These are just a few terms that Pepperdine student-athletes, coaches and sports psychologists used to describe one of their lifelong pursuits. These terms set interaction in sports apart from other teams or groups, and they are also part of what makes sports so rewarding.

Relationships in sports — between teammates, coaches, friends and family — go beyond the shared goal of a trophy or ring.

“Athletes and coaches can understand that their human interactions are not just for the end [result],” Beach Volleyball Head Coach Marcio Sicoli said. “It is the process for something bigger. … It might be when you’re in trouble, that person is going to knock at your door.”

That’s coming from a guy who has coached athletes to win Olympic gold medals.

Max Rooke, Women’s Soccer associate head coach, said he uses sports as a way to teach life, so one of his key philosophies in sports seems counterintuitive.

Physical competitiveness, failing together and suffering together are aspects of team sports that other group or workplace environments cannot replicate.

“There’s something about the physical nature of sport that makes it a little bit more of a bonding experience,” said Bassey Akpan, a postdoctoral fellow in Pepperdine Athletics’ sport psychology department.

From the first meeting or practice, a player’s trust in the team unit and willingness to sacrifice trumps prior experience, Sicoli said. 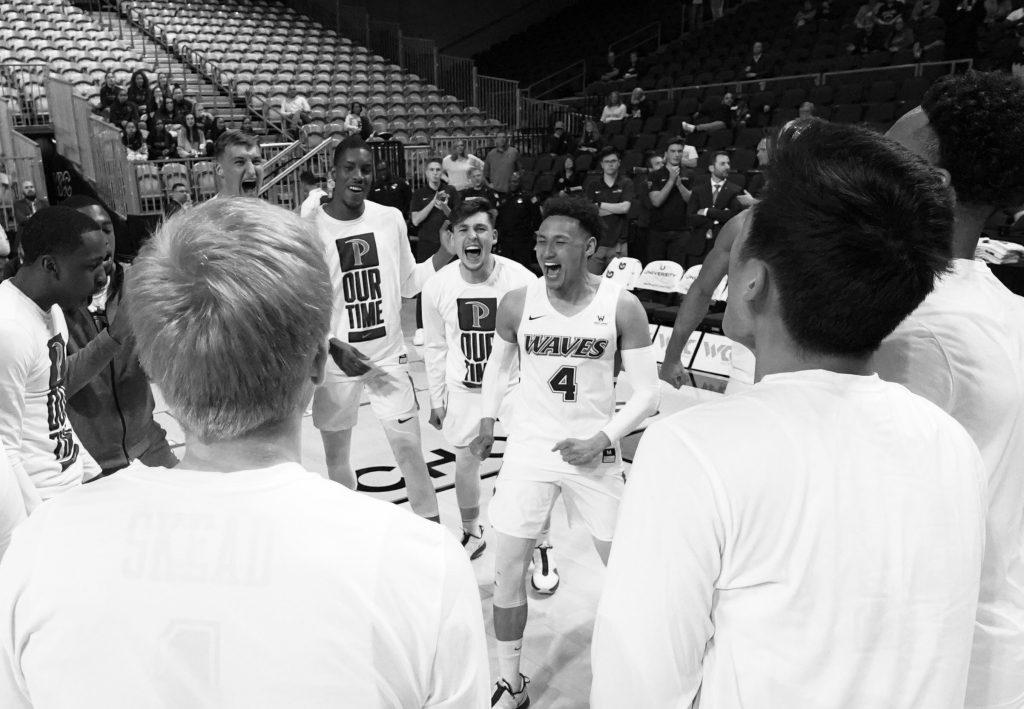 Speaking of his team’s cohesion in its undefeated 2020 run, Men’s Tennis Head Coach Adam Schaechterle emphasized that individuals put the team’s goals ahead of their own.

Two years ago, Men’s Tennis was ranked outside of the top 200 nationally; this year, they finished their 2020 campaign in the top 20.

“We all kind of came to the conclusion that it was the level of sacrifice that each individual is willing to make,” Schaechterle said. “ … You see guys sacrificing those individual goals to be a part of a special unit.”

Part of that sacrifice is a level of physical bonding that elevates members of a team to heights they would be unable to achieve on their own.

“We have to understand that when we do an Assault Bike workout, it’s going to suck,” sophomore Men’s Volleyball setter Joe Karlous said. “But every single guy is doing it.” 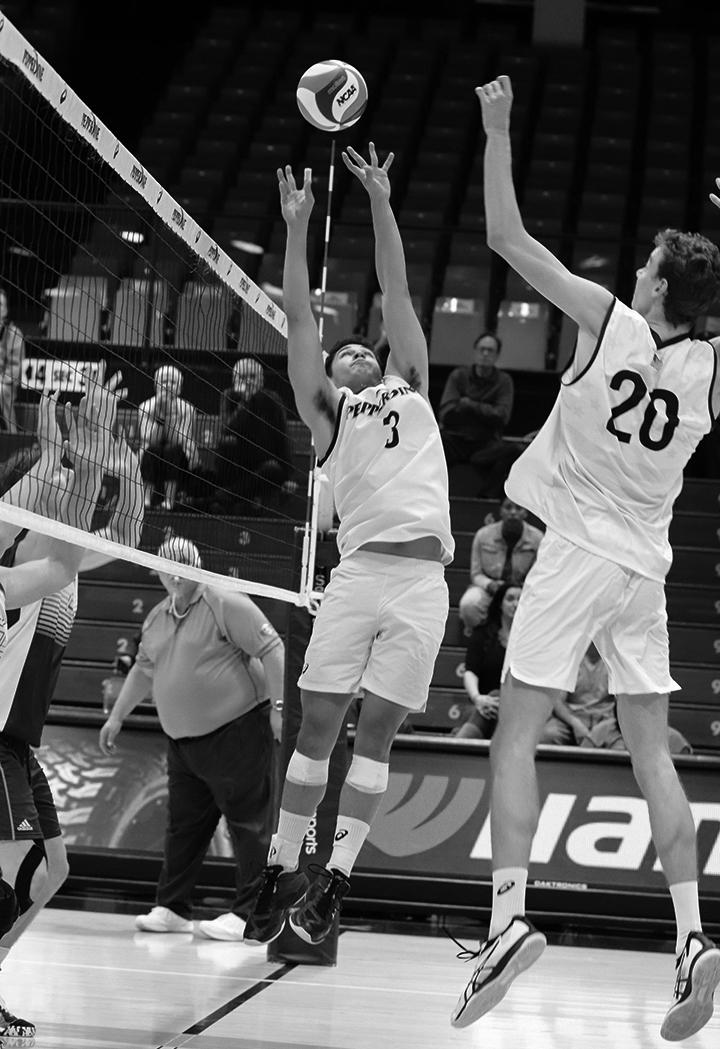 Matt Young, assistant athletic director for sports performance at Pepperdine, is one of the people who sometimes assigns an Assault Bike workout. He sees the value of athletes growing together physically and mentally in the weight room and in training.

“You may see some people fail and you may fail in front of other people,” Young said. “I think the opportunity to address those things together as a group — as a community — makes it that much different than an 8-to-5 type job.”

The same goes for training and competing in more individualized sports.

“In running — since it’s literally all about the amount of pain that you’re willing to put yourself in — if you’re alone, you think that your stopping point or your breaking point is a lot slower than if there’s people around you,” said Skyler Danley, sophomore Women’s Cross Country runner.

Team chemistry is not scientific or quantifiable. In the sports world, it is more of a cliche than anything, many Pepperdine coaches agreed.

Nonetheless, this abstract concept is the reason that some teams perform better than the sum of their individual parts on paper, while some perform worse, Leonie Webster wrote in a 2017 article published in “Frontiers in Psychology.”

Alexander Cushing, a sport psychologist for Pepperdine Athletics, and Akpan each mentioned the example of the Nuggets and Clippers in the 2020 NBA Western Conference semifinals, when Denver — ever the young underdogs — defeated superstar-laden Los Angeles.

But what set the Nuggets apart — a team familiar with each other but lacking in playoff experience — was their cohesion. Like that of the Pepperdine Men’s Tennis, this unity was part of its identity because the players made it so.

“A lot of times people think the coach is the one orchestrating it, but a lot of times I’m just the closest observer,” Schaechterle said. 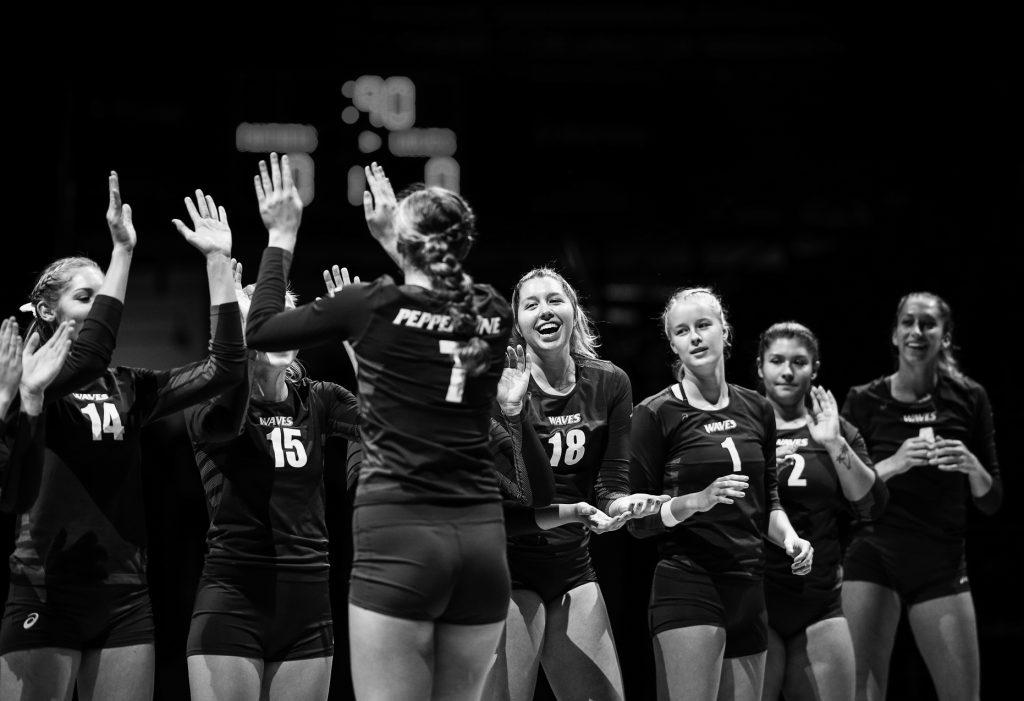 Current and former athletes stressed the importance of understanding teammates’ personalities to better succeed in sports.

“If you’re really good friends with your teammates outside of sports, it’s going to be easier to know what they need in sports,” Cushing said.

Cushing, a former NCAA team champion in swimming at University of California, Berkeley, said when athletes harness the competitive energy in practice to outperform each other, the whole team can benefit.

Competitiveness between teammates is unique to sports in that athletes battle for starting positions each day.

“Regardless of position on the depth chart, when teammates genuinely want each other to do well, then it relieves a lot of pressure and the team as a collective performs really well,” Cushing said.

Whether described as chemistry, cohesion or camaraderie, athletes agreed the value is defined by teammates working toward goals while also genuinely enjoying each other’s company.

“That was the hardest part about the season being canceled in March was I felt like we did get to a place where practice was the best part of everyone’s day,” Schaechterle said.

Junior pitcher Dane Morrow pointed to social relationships as a part of Pepperdine Baseball’s 12–3 start to their 2020 season. Morrow said accountability and inclusion — starting with the team’s upperclassmen — are critical.

“We embrace everyone’s individualism and we don’t think anyone’s too weird to hang out with,” Morrow said. “We all love each other.” 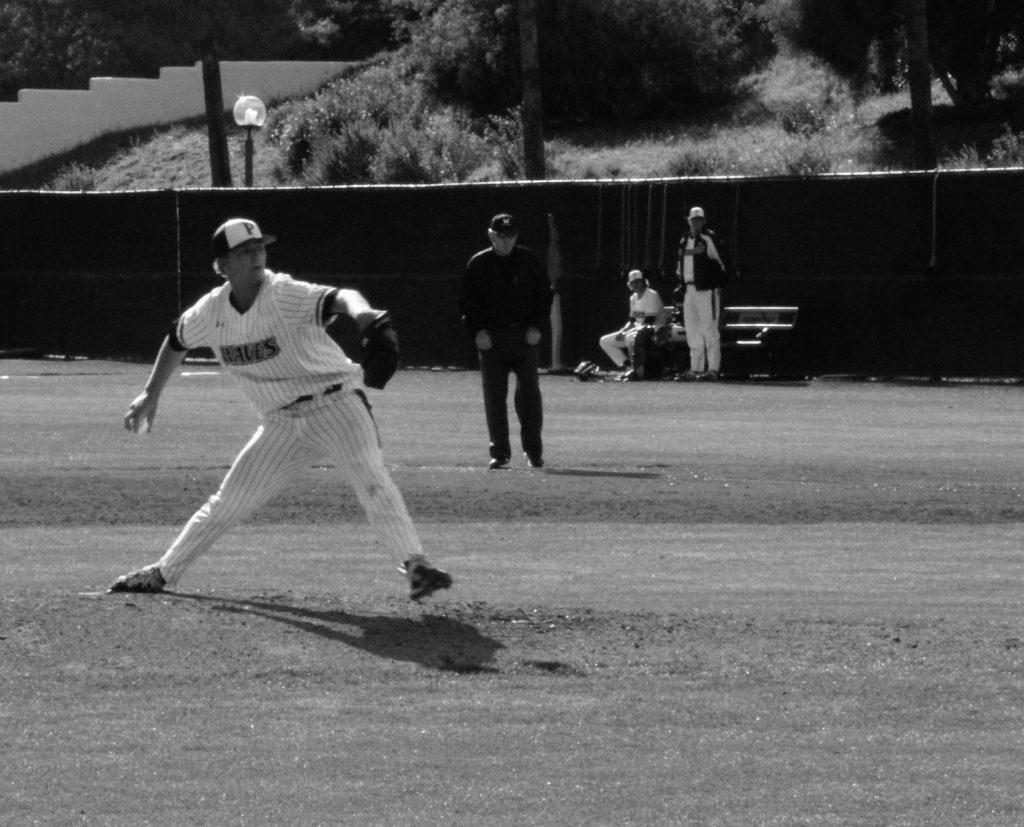 Cushing told a story about a particularly grueling team workout during his college days, which his coaches designed for the team to fail.

“When we are suffering together, when we’re not being successful, how are we going to respond and still feel connected and support one another?” Cushing said.

Coaching styles vary from person to person and sport to sport, but many Pepperdine athletes and former athletes believe the best coaches take into account how their feedback should vary among different athletes.

“One teammate may get motivation from being yelled at or being barked at,” Cushing said. “Another teammate may need more of a positive, supportive approach.”

That’s when a personal relationship comes in — when the coach understands the athlete’s disposition enough to discern the best way to give feedback, Sicoli said. Immediate, constructive feedback is also a distinctive piece of relationships in sports.

“When both sides develop that trust that they can identify the right timing to give the praise, to give the challenge, give the feedback, the positive, the constructive, whatever feedback it is — that’s when the coach-player relationship is the best,” Sicoli said. 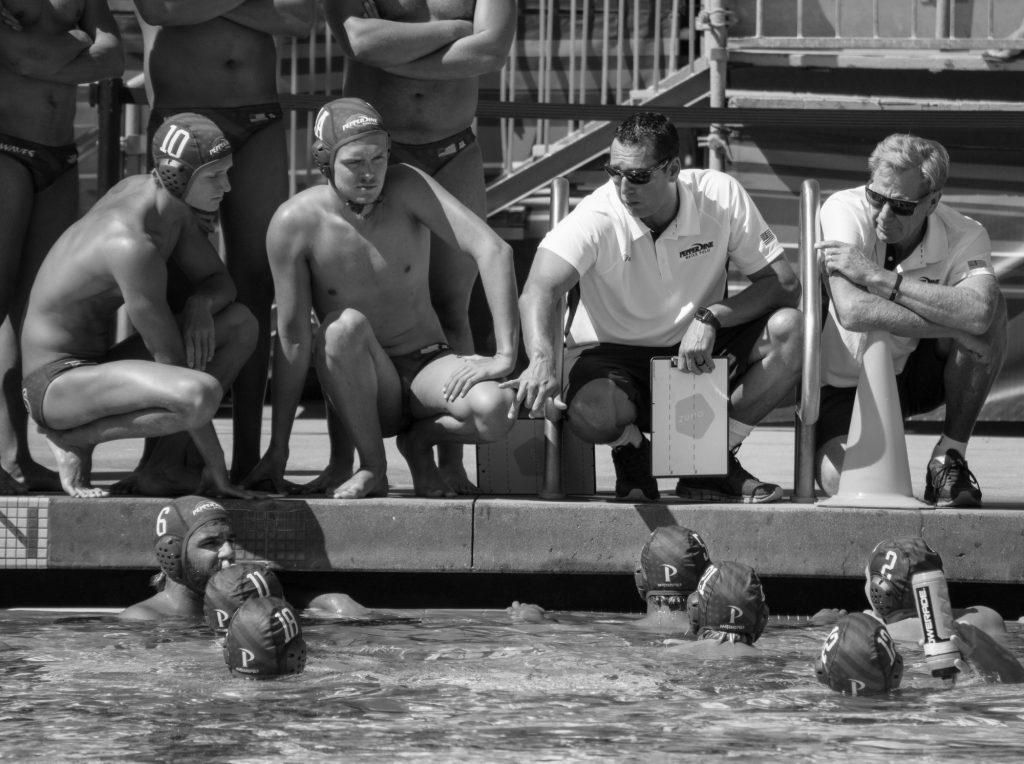 If a coach is relationship-driven with their players, the athlete will better understand strong criticism because they are aware the coach has their best interest at heart, Young said.

“You end up getting so much more out of student-athletes when there’s a relationship there,” Young said, “when they’re not driven by fear of what would happen or repercussion if you didn’t do something, but they’re driven by the respect and the relationship with the coach.”

Athletes at the Division I level are serious enough about excellence that they want honest feedback, Schaechterle said. For example, Morrow said he appreciates his new pitching coach, Jim Lawler, who is not afraid to be honest and direct.

“It’s a delicate balance, because obviously your coach is not going to be your best friend,” Akpan said. “They have one objective. But at the same time, you also want to cultivate a team atmosphere where it’s welcoming and comfortable.”

Interaction between coaches, teammates and opponents is far different during a competition than other days.

Athletes gain a competitive advantage by picking up nonverbal cues from teammates and opponents.

“Your ideas and your thoughts are way faster than the action of verbalizing things, so you get faster, you get more connected when you’re able to not be verbal,” Sicoli said.

Karlous said his teammates stare at him rather than saying anything when they feel confident and want him to set them the ball.

“If I’m playing against you and I see you put your hands on your knees, I know you’re exhausted and I got you,” Dowling said.

More critical even than body language is an athlete’s response to pressure on game day. Nerves can create arousal that is critical to success, but too much can cause the athlete to crack under the pressure.

Akpan spoke of the zone of optimal functioning, which describes the relationship between emotional arousal and performance. Athletes must experience some arousal or pressure to perform at their best, but not above a certain level.

The team atmosphere can help athletes focus and feel the pressure of a competition, but also calm down teammates who become overly nervous.

Akpan calls it the “I got your back mentality.”

A team’s culture and competitive drive must define a program over its win total.

“If winning is the only thing you know, you run into identity issues,” Rooke, also a life coach and motivational speaker, said.

What Makes You Feel Loved? 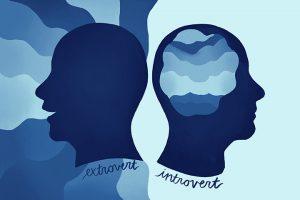