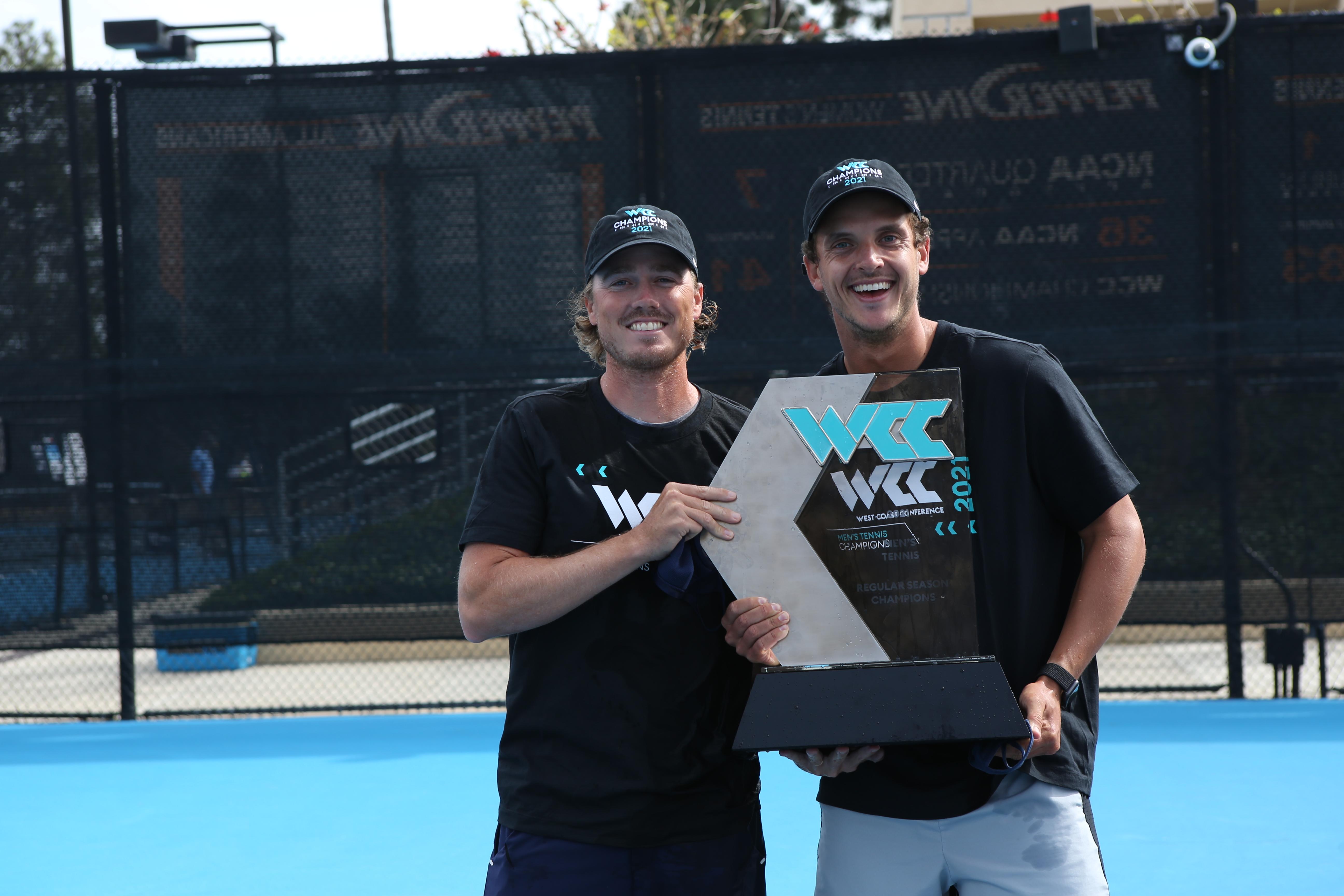 Pepperdine Men’s Tennis and Women’s Tennis each swept a pair of WCC matchups April 23 and April 25, securing conference championships for both programs. It’s the eighth-straight title for the women, and the first since 2013 for the men.

Over the weekend, the women defeated BYU 7-0 in Provo, Utah, and then, in a match of unbeaten conference teams, defeated San Diego 7-0 as well. The men clinched by also defeating BYU 7-0 in Malibu, and topping San Diego 4-0 in a dual that saw the Toreros forfeit a doubles court and two singles courts.

With both programs winning the WCC’s automatic bid, the teams will now await their draws for the NCAA Tournament, which will be revealed May 3. It is the first time since 2015 both programs will compete in the NCAAs.

Historically, Pepperdine has been the dominant tennis power in the WCC. With this season’s win, the men’s program now has 44 conference titles, while the next highest school, the University of San Diego, has nine WCC crowns. The 2021 championship is the 28th for the women’s program and no other school has more than one.

Despite the traditional dominance, the last Pepperdine tennis sweep came in 2013, and the two programs have gone in distinctly different directions since.

The women’s program has now won eight straight WCC championships starting in that 2013 season, a period of time that covered the transition from Pepperdine Hall of Fame Coach Gualberto Escudero, who coached the program to 24 WCC titles from 1978 to 2014, to current Head Coach Per Nilsson. Since the WCC changed its competition format in 1995, the Waves are an incredible 82-3 in conference play.

The men’s team has had a similarly dominant history, winning 38 titles in 41 years from 1973 to 2013, although three were later vacated because of NCAA violations. Since 2013, however, had been the most barren period in program history up until this season.

The Waves had a period of coaching turnover, as Adam Steinberg, who coached the men to a national championship in 2006, left for the head job at the University of Michigan after the 2014 season.

His replacement, Marcelo Ferreira, failed to win a title in his four seasons at the helm, with the low point being a 7-16 record in 2018 that saw the Waves plummet to seventh place in the WCC. Ferreira was released from his contract midway through the year. Current Head Coach Adam Schaechterle arrived in 2019 and finished fifth in the conference in his first season in charge.