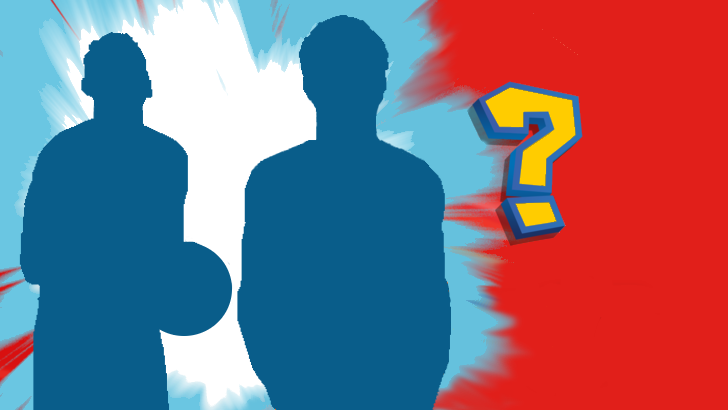 College signing day is ludicrous with a capital “L” — and no, I’m not referring to the rapper/actor from those endearingly ridiculous, yet immensely-popular “Fast and Furious” movies. To be clear, the college decision process for athletes seems a little silly from an outsider’s perspective.

Nothing should make myself and a plethora of so-called “grown-ups,” frantically flip between two of ESPN’s zillion channels to watch a teenager announce his college decision by putting on a hat. And nothing should make a caffeine-fueled “responsible young adult” scour the corners of the internet for fan-made videos of teenagers chucking 3-pointers over hapless freshmen scrubs and dunking over gangly, uncoordinated teenage boys who don’t have their driver’s licenses. Putting in this much time and effort into someone else’s college decision would be absolutely ree-donkulous.

Yet here I am, a so-called “responsible young adult,” guilty of hopping on the college recruiting hype train and succumbing to the madness all because of two tweets from two high school seniors. Here I am, giddy over the future of Pepperdine basketball because of recent high-school commits Colbey Ross and Trae Berhow, who will not only headline the Waves’ Class of 2021, but also give Pepperdine significant backcourt depth for the first time in several years.

With the additions of Ross and Berhow, Pepperdine is projected to have seven guards on the 2017-2018 roster. Of those seven guards, junior Nevada transfer Eric Cooper Jr. is the only guarantee due to his prior experience from his time at Nevada. This leaves Pepperdine with six skilled underclassmen guards to vie for prominent roles on the team, which will not only expand Pepperdine’s bench rotation, but also raise the pressure in practice for the starting spots. Everyone will have to prove themselves. Although the seven guards I mentioned earlier have played approximately zero minutes in a Pepperdine uniform, one thing is certain: Practices between the guards will be #lit.

Speaking of lit, both Berhow and Ross can light it up from the 3-point line. Berhow is the more scoring-oriented of the two; he is a competent shooting guard who is considered one of the best scorers in the state of Minnesota, according to SLAM writer Rodger Bohn’s May 12 article, “16th Annual Howard Pulley Invitational Top Performers.”

All of this might not sound like high praise to a casual fan. Yet, Minnesota has quietly become a hotbed of NBA talent in recent years. (Now there’s a sentence I thought I’d never write.) This can be attributed to the rising successes of Minnesota Timberwolves’ point guard Tyus Jones, Dallas Mavericks forward Harrison Barnes and Milwaukee Bucks shooting guard Rashad Vaughn, to name a few.

However, Minnesota’s basketball resurgence doesn’t appear to be a fluke. According to FOX Sports writer Nate Gotlieb’s March 15 article, “StaTuesday: Evaluating the ranks of Minnesota high school basketball,” Berhow comes from one of the deepest basketball classes in state history. Place Berhow with a star from a different state — say, Colorado’s Gatorade Player of the Year Colbey Ross — and good things are bound to happen on the court.

Although Scout.com reporter Rob Harrington calls Ross a “true point guard” and “a diminutive floor general [that] owns the position,” he can be known to score. Ask Denver East High School, the unfortunate victims of a 38-point barrage from Ross on Jan. 25. Or take a gander at the top of AAU Colorado Chaos’ scoring list. Yep, that same guy who has scored 2,225 points in three years of AAU play is going to Pepperdine.

Ross, along with freshmen point guards Elijah Lee and Kaijae Yee-Stephens, are expected to replace current senior guards Jeremy Major and Amadi Udenyi: two somewhat-undersized point guards who use their basketball IQ to excel on the court. Last season, the guard tandem averaged 14.7 points per game and 8.3 assists per game, according to sports-reference.com. So being the second coming of Major or Udenyi will be no small task for Ross, but his skill set puts him in a position to succeed.

All in all, these verbal commitments come with several important caveats — chiefly, that verbal commitments aren’t set in stone. Only a National Letter of Intent is a non-binding agreement, and even those can be thrown out the window in rare circumstances. But realistically, unless something drastic happens between now and the May 1 signing day deadline, Berhow and Ross will be Waves next season.

This might seem obvious — yet even experts overlook this — but high school highlight reels are “best of” albums: They only have the good stuff. When a prospective student athlete sends his or her highlight reel to college coaches, they leave clips of bad passes, ill-advised jumpers and defensive miscues on the digital editing floor. This is fine because no basketball player is perfect. Plenty of mediocre and downright-terrible bands have “Greatest Hits” albums.

Similarly, expectations for Ross and Berhow should be realistic. Will they lead Pepperdine to the promised land of its first NCAA Tournament appearance since 2002? You have my permission to plaster a Crying Jordan on my face if Berhow nails the game-winning jumper in the 2019 WCC championship game. Or will they give Pepperdine enough backcourt depth to hang with Gonzaga, BYU and the rest of a guard-heavy WCC? Certainly.

Ross and Berhow have bright futures, so why not hope for the best? 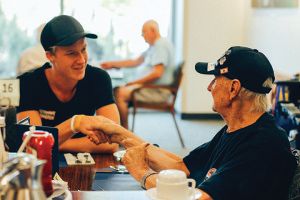