Lifting the Veil on Pepperdine’s Engaged and Married 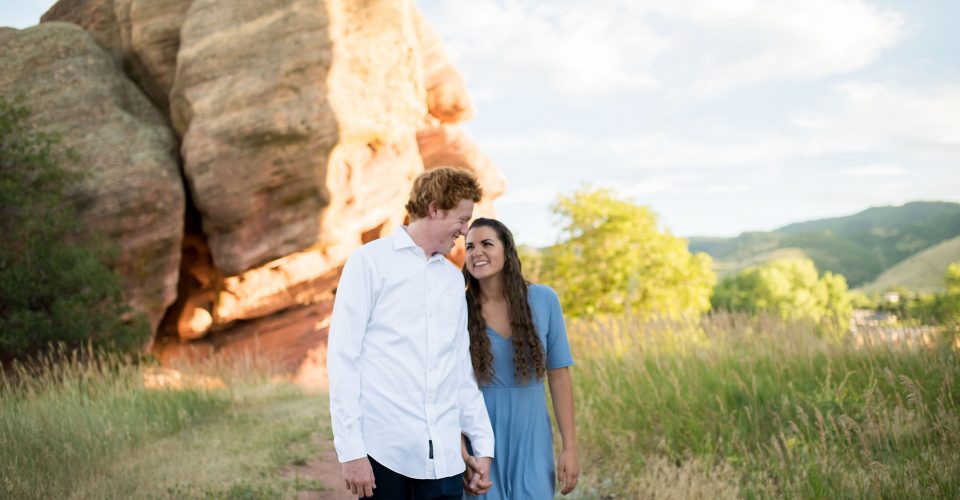 Of all the commitments a college student can make, marriage may not be the first that comes to mind. But three Pepperdine students, junior Heavin Hunter, senior Erica Schenk and senior Lilia Kerski are redefining the Pepperdine dating landscape and saying ‘I do.’

“I’m not phased by it,” Hunter said. “I am living life to the fullest because I don’t have desires to do anything I couldn’t do with a boyfriend or a husband. It fits my personality type. I’ve never been the one to stray away from meeting the status quo. I’ve always been an outlier, it doesn’t affect me now to be that way. I find strength in being who I am even if that’s not like everyone else.” 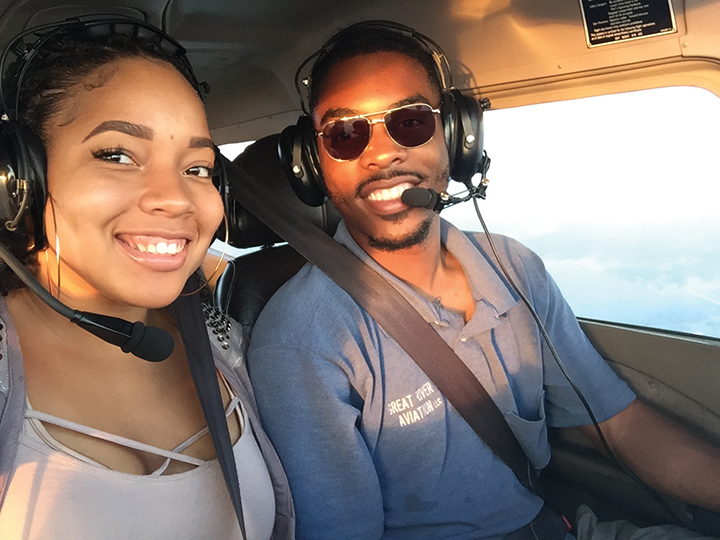 Unlike Hunter who plans to get married post-graduation, marriage was already a part of Schenk’s life before she started at Pepperdine.

Schenk moved to New York City to pursue her modeling career when she was 15 years old. While in New York she met her now-husband, and the two were married when she turned 18 years old. Despite the young age, her marriage has been full of opportunities to strengthen the bond between her and her partner, Schenk wrote.

“We have an 11-year age difference, so he is a very stable partner,” Schenk wrote in an email. “There’s no getting around it: I am different. But, I was going to be different married or not. No, I don’t go on first dates and gossip about boys on campus. No, I can’t just jet set on a moments notice without asking my significant other. But I don’t feel, under any circumstance, it has inhibited my college experience. I feel emotionally supported, protected and adept for success because I have a person behind me that only wants me to grow and be happy.” 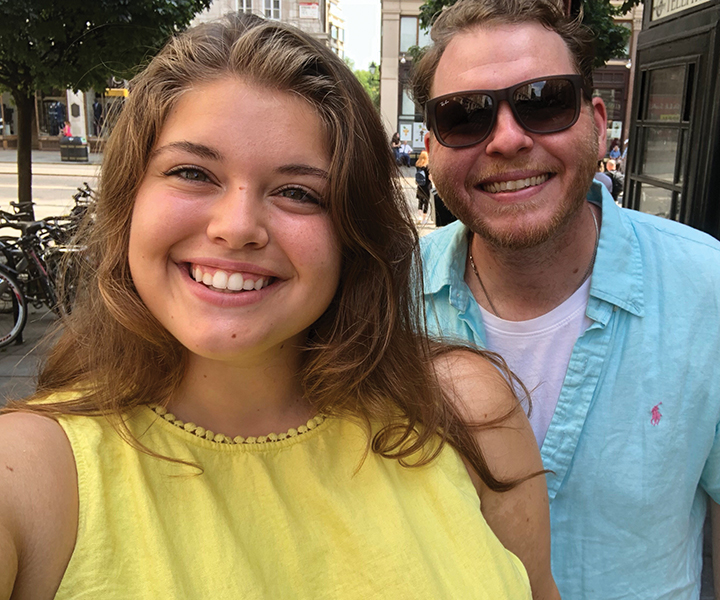 Hunter’s relationship has always been long-distance, though she said she tries to see her fiancée once a month.

“We started off as friends for a good two to three months because we met on Tumblr in October of 2016, and it was super platonic at first,” Hunter said. “He decided mid-February he had to meet me. These are his exact words: ‘I’m feeling you, and I know you feeling me too,’ and I was like ‘How did you know?’ and ‘What does that mean? You’re in Illinois, and I’m in California.'”

Couple who marry at the traditional college age are bucking national trends. The age at which men and women marry is at an all-time high, which is 27 years old for women, and 29 for men, according to Knot Yet, a National Marriage Project. The biggest reason for the rise in age is that women today are at a higher socioeconomic status, according to the study. An elevated position in society allows them to meet life goals previously hindered by the archaic belief that a women’s should stay in the domestic sphere, according to the study.

On a more cultural aspect, young adults today view marriage as an event marking the end to a period of growth — something they do after they have “life figured out.” For them, marriage is a “capstone,” not a “cornerstone,” according to author Andrew Cherlin, author of “The Marriage-Go-Round: The State of Marriage and Family in America Today.” 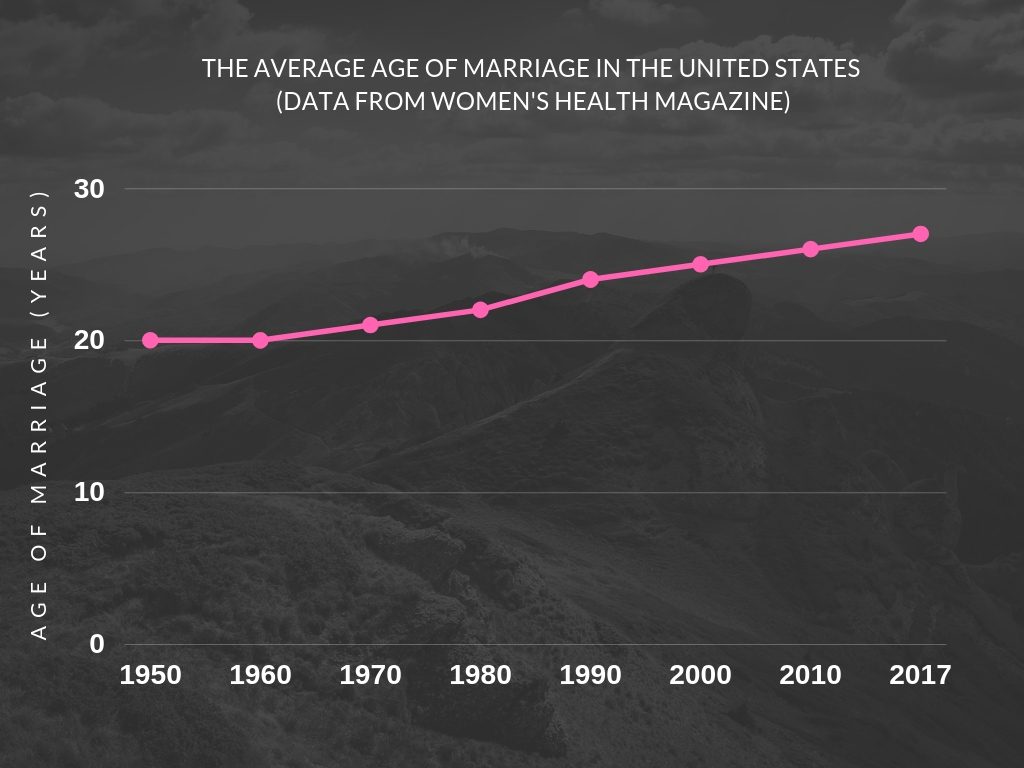 Waiting longer to get married does not necessarily reduce the risk of divorce, research shows. The likelihood of a marriage lasting at least 15 years is generally lower among adults who get married in their early 20s (20 percent chance of divorce) than among those who wed later. However, the odds of divorce within five years of marriage is not too much different for couples that wait to wed in their late 30s (14 percent to 19 percent), according to a study done by Institute for Family Studies.

One of the issues younger couples face more than couples who wait to get married are financial constraints, said Marina Edelman, a Marriage and Family Therapist in Westlake Village. This is supported by data found by the Knot Yet Project, as women’s earnings go up with their age of marriage, in part because delayed marriage allows women to pursue education, training and job experience before settling down and starting a family.

Good jobs for less-educated Americans are also becoming increasingly harder to find. Postponing marriage allows people to pursue the middle-class or upper-class lifestyle they want, without a relationship getting in the way.

For some students, marriage is the foundation for everything else, and can be a source of conflict. Kerski, who began dating her fiancée junior year of high school, takes the idea of marriage very seriously.

“My pessimistic look at the future is that divorce rates are still skyrocketing,” Kerski said. “The institution of marriage is the bedrock of society. How generations are socialized. Communities where there are a lot of strife and marital issues, you can tell those communities are fractured.”

Hunter said she realized there is a balance between taking everyone’s advice and knowing what is best for one’s own circumstances.

“A challenging part about being a young engaged couple is people who have had their life experiences try to apply those experiences on your relationship or question your readiness,” Hunter said. “You want to be obedient and heed to wise counsel but at the same time you need to step back and realize you don’t need to take anyone’s advice. If anything I need to be praying about it and seeing where God wants to take me, instead of their relying solely on other’s words of advice. It’s about keeping our space sacred.” 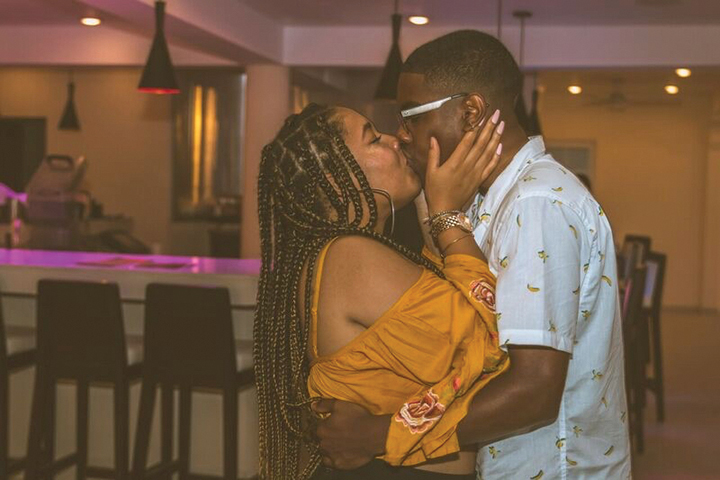 Despite her husband working as a chef with crazy hours and her status as a full-time student, Shenk said she is able to make time for her partner and other important people in her life.

“We usually spend our mornings together and try to schedule date nights,” Schenk wrote in an email. “Because he works so much, it allows me to pursue whatever I’d like. I have time for friends, activities, school, work and my relationship.”

For others, like Kerski, the hardest but most rewarding part about her relationship with her fiancée is the long distance aspect.

“I definitely think some amount of distance is important,” Kerski said. “Even just a month apart is important because it helps you grow as an individual and make sure your identity is not rooted in the other person. It has helped me realize my identity is rooted in Christ and get my values straight. It’s important to not lose yourself in your relationship but instead work together to build each other up.”

Kerski juggles being a student teacher 20 hours a week and an undergraduate, but said she still makes sure to actively engage with the community instead of devoting all her spare time to her relationship.

“Embrace the community where you’re at to make sure you’re being intentional about the people that are immediately before you,” Kerski said. “It’s important for me to also love my roommates and classmates, and pay mind to the fact that I’m here and that there is a purpose for me being here. I’m diligently following that.”

Schenk had some advice for students thinking about getting engaged or married while still in college.

“If you know, you know,” Schenk wrote. “Go forth and experience life with the person you love. But, don’t close yourself off to friends outside of your relationship. You can always use more people in your life that love you.”

“I wouldn’t trade my last 3 years for anything, because it’s my story,” Schenk wrote. “It’s uniquely me.”

Hunter had some words of advice to young serious couples as well, but said she realizes that everyone’s relationships are completely different.

“Not everyone’s relationship is going to look like Josh’s and I,” Hunter said. “One, trust God. Without trust in Him our situation could have looked very hopeless. But that trust gave us so many promises, and we knew that even if marriage wasn’t part of our journey that we were in each other’s lives for a reason. Don’t expect your relationship to look like anyone else’s. You’ll struggle with different things and have strengths in different areas. Tailor the relationship to them.” 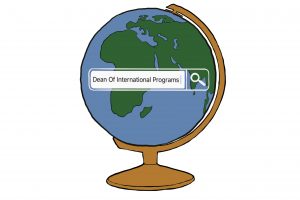 Art by Caitlyn Roark When new students arrive at Pepperdine, it seems that they are instantly bombarded with questions...
Copyright 2013 Jupiter Premium Magazine Theme
Back to top