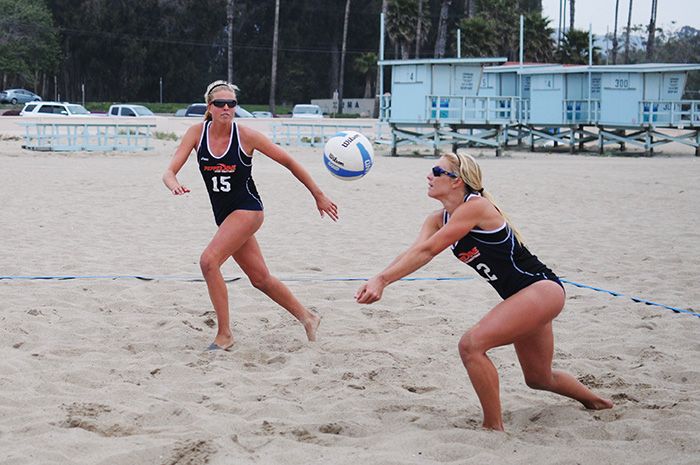 The Waves are 5-1 on the season with wins over Loyola Marymount, Florida State, Texas Christian University, CSU Bakersfield and Grand Canyon University.

“The team is fantastic,” Head Coach Nina Matthies said. “We have been training extremely hard since September, and we are always going to play our best regardless of our ranking.”

Matthies returns 11 Waves to the 2015 squad, including four of the 2014 AVCA All-Americans: seniors Kellie Woolever, Kelley Larsen and Lara Dykstra as well as junior Becca Strehlow.

“Our expectations are to play hard and smart at every point, and then to deal with the outcome whatever it may be,” Matthies said.

Woolever and Larsen, the Waves’ top duo, come off a dominant 2014 campaign, with an overall record of 23-4. Larsen said she hopes to have the same success in 2015.

“Kellie and I love playing side by side,” Larsen said. “I’ve had an amazing time playing with her these last couple years, and I hope we will have another championship winning season this year in 2015.”

After winning the AVCA national title in 2014, the goal for this season is to build off of that success, Stehlow said.

“Winning the AVCA championship in 2014 was a phenomenal experience,” Strehlow said. “The one thing our team knows coming into the 2015 season is that we now have a target on our backs. Knowing this only makes us want to work even harder and continue to get better.”

“Every game Sophie and I play we are getting better together,” Racich said. “I am so proud of our team and how hard we have been working — all the preseason work is paying off.”

“This past weekend in Chula Vista, we beat Grand Canyon and Bakersfield 5-0, and in the pairs tournament, it was an all-Pepperdine final with our No. 1 team beating our No. 2 team,” Cook said. “Overall it was a great tournament and we were all so happy how it ended.”

Pepperdine defeated FSU and TCU at Zuma Beach last week. The Waves shut down the Seminoles in three of their five matches and swept the Horned Frogs in five.

“We had our first home match this past Wednesday against Florida State,” Larsen said. “The last time we saw this team was in the National Championships last year. It was a huge win for us and it was a great win for our home crowd.”

The Waves are back in action Tuesday, March 24 as they travel to face crosstown rival USC.

This is a safe place 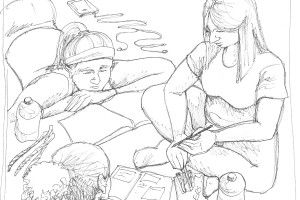 Art by Jenny RustdadPeople say college is the best time of a person’s life. “You’ll never get those four...
Copyright 2013 Jupiter Premium Magazine Theme
Back to top