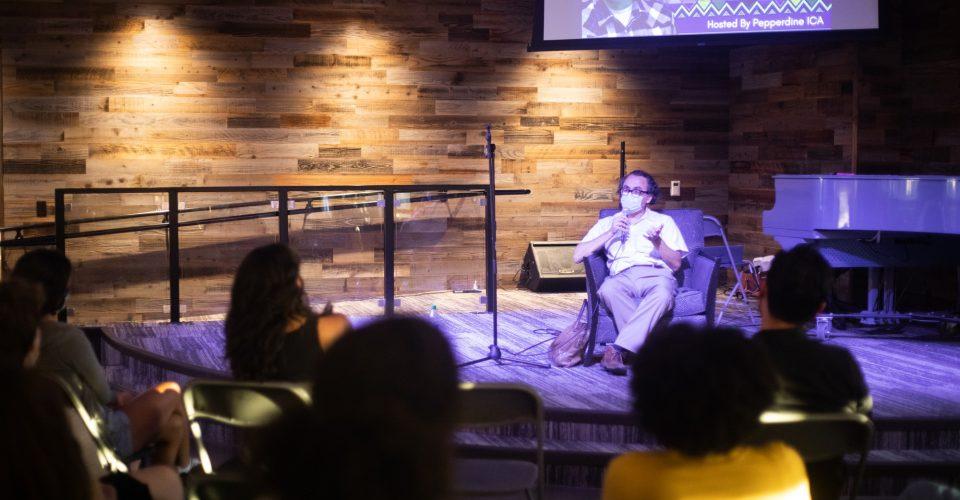 Journalist Gustavo Arellano speaks to students and faculty at an ICA Hispanic Heritage Month event. Arellano said he hopes people can embrace their identity and share stories about unknown aspects of their culture with others.

In celebration of Hispanic Heritage Month, which began Sept. 15, award-winning LA Times journalist Gustavo Arellano spoke at an Intercultural Affairs Office event held Sept. 30 about what it means to him to be Latino.

During the event, Arellano spoke about overcoming his struggles to embrace his Latino identity as a child and in the journalism industry, offering insight into how to use storytelling to amplify the voices of those whose experiences are overlooked.

“You all have your own identities,” Arellano said. “It’s OK whatever identity you have — that’s awesome — but it’s also OK if it shifts because then you’ve learned something. I’m always wary of people who refuse to consider they may be wrong.”

ICA held the event with the goal of expanding knowledge and a sense of belonging, said Michael Hahn, assistant director at ICA.

“We’re hopeful to create that culture of curiosity,” Hahn said. “And that students will come in bringing their hope and bringing their desire to belong and understanding that it depends on each and every one of us to step in and take ownership.”

Arellano kicked off the event with a story about how he came to cover topics other reporters tend to disregard. He said his passion is writing about racial and social issues — especially those related to the Latino community in Southern California.

Arellano said, as a journalist, it is important to him to know a little bit about everything. Arellano hosts a daily podcast, is a columnist for the LA Times, wrote three books and teaches journalism at Orange Coast College.

Digging deeper into the concept of identity, Arellano said as he grew older, his sense of connection to Mexican culture began to fade away. Arellano started going by the nickname “Gus” and stopped speaking Spanish regularly, he said.

“I would never shame my Mexican roots,” Arellano said. “But for me, I was like, “I’m not Mexican, I’m American. I speak English, I dream in English. I don’t want to work how my parents work. I wanted to create my own person.’” 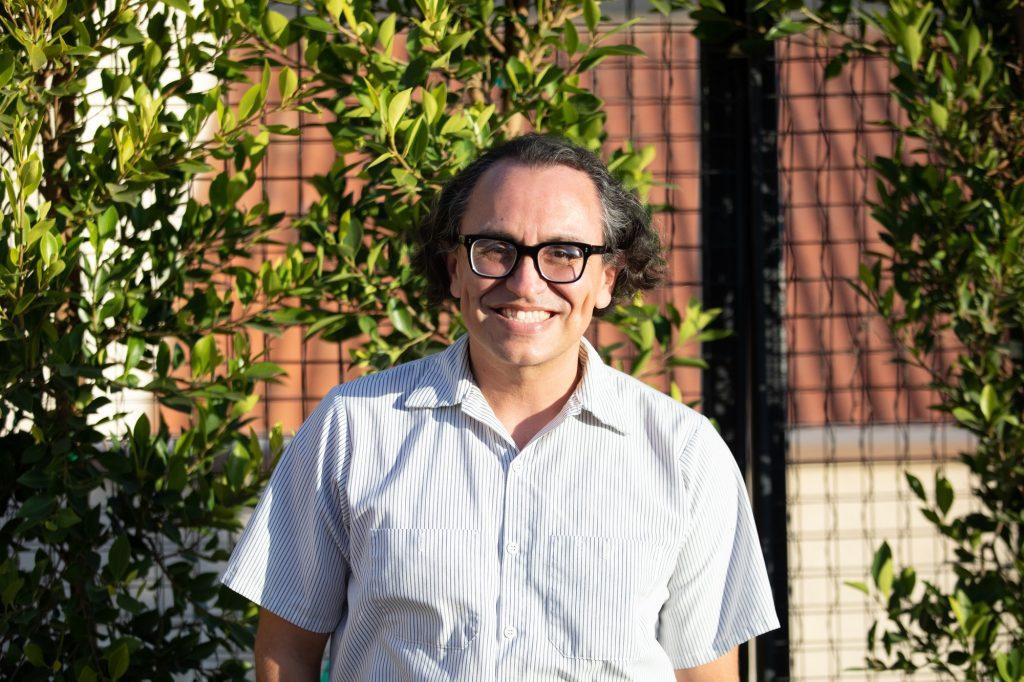 Gustavo Arellano poses for a photo before he speaks to Pepperdine students and faculty at an ICA event. Arellano said his Mexican heritage plays a role in every part of his life today. Photo credit: Ryan Brinkman

Arellano said he was surprised at how triggered he felt when reading an article about people advocating against the education of undocumented immigrants in the U.S. As he entered his college years, Arellano said he changed his mindset, and began to embrace his heritage more.

“That was unconscionable and that was horrific,” Arellano said. “I was like, ‘I’m not going to stand for this.’”

That incident prompted Arellano to join activist groups, listen to Spanish music and go by the name “Gustavo” again, he said. He also became interested in having a career where he could change the way the media portrayed Latinos.

Arellano closed out the night with a call to action for students to embrace and honor their culture. He said sharing stories about those who are marginalized is the best way, in his opinion, to open a comfortable dialogue with others about what identity means in today’s world when so many people are afraid to be themselves.

College is a time where students become more curious about the identities of themselves and others, Hahn said. By holding cultural events, he said students have the opportunity to explore questions they might have and gain a deeper understanding of the world around them.

“We are all coming from different walks of life, but we’re also asking the question of what it means to be one community,” Hahn said. “We’re unpacking what it means to belong, and so to have voices such as Gustavo Arellano — who has experienced being a journalist and speaking into the wider narrative that is Southern California — it can then inform us how we can do that here.”

It was important to ICA to have Arellano as a speaker during Hispanic Heritage month because he stands out in his field regarding his coverage of cultural subjects, said Valentina Carvajal, a Pepperdine graduate student at the Graziadio Business School and intern for ICA.

Carvajal was born in Columbia and, as someone who identifies as Latina, said she appreciated the way Arellano represented their culture.

“I learned a lot in his discussion,” Weaks said. “Seeing him being so vulnerable and talking about his battle with really identifying with who he was — and realizing it’s not an easy battle, but it’s something that we all go through.”

Weaks said Arellano’s speech spoke to her on a personal level because, as one of the vice presidents for Pepperdine’s Black Student Association, she understands the struggle of embracing a culture that is often ignored in the U.S.

“Because we go to a predominantly white institution, having cultural events is important for any group of people, but especially at Pepperdine, because we live in such a bubble,” Weaks said. “Having people outside of the Pepperdine sphere come in and talk to us is super important.”

Hahn said ICA believes it is imperative for students to see new perspectives and for the University to understand how to best create a sense of community among students who do not come from the same places.

“Being a second-generation Korean American, what Intercultural Affairs means to me is being that bridge between cultures,” Hahn said. “Acknowledging there’s a difference on campus and that diversity means the beauty of the fact that we’re all different, but yet we have these different lenses to look into what it means to be one community.”

Temporary Fitness Center Slated for Completion by End of 2021 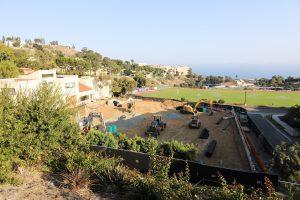 Temporary Fitness Center Slated for Completion by End of 2021