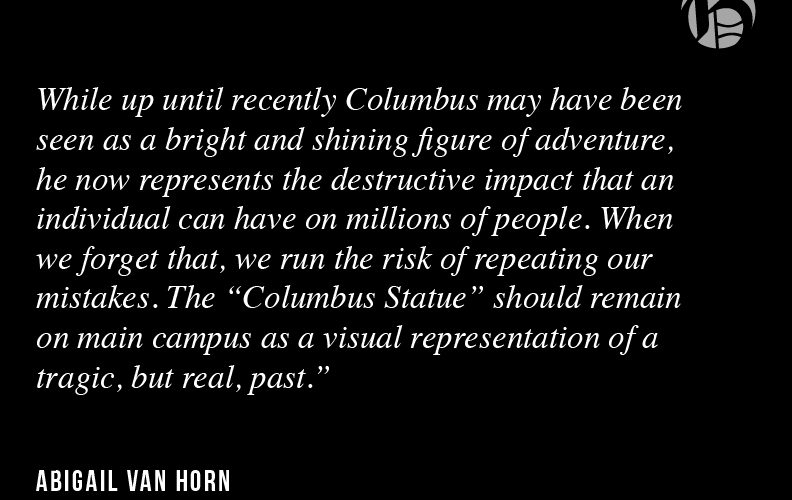 In response to a student protest last year, it was announced through email on Jan. 30 that Pepperdine has decided to relocate the infamous “Columbus Statue” to the Florence campus. While this movement is meant to help promote an inclusive atmosphere that is reflective of the student body, I think that it completely shies away from the moral responsibility of the University: to fully educate students on the past so that horrific incidents are never repeated. As such, the “Columbus Statue” should remain on main campus.

During the protest back in October, a statement written by “Waves Against Columbus,” the organizing protest body, were handed out stating that the statue represents “a celebration of genocide and racial oppression,” and “an avoidance from wholly enhancing the inclusivity of Seaver College, particularly in recognition of Native American students, faculty and/or staff.” It’s not difficult to see the perspective of these students.

Christopher Columbus both directly and indirectly led to an unimaginable death toll on the Native American and indigenous populations. “By the time Christopher Columbus reached the Caribbean in 1492, historians estimate that there were 10 million indigenous peoples living in U.S. territory. But by 1900, the number had reduced to less than 300,000” according to “Atrocities Against Native Americans,” published by United to End Genocide. And many of those native peoples who did survive were subjected to indentured servitude, were raped or were forced to relocate.

While this knowledge is perhaps not as widespread as it should be, it is becoming an increasingly common narrative of the story of the United States. In his announcement email, President Andrew K. Benton wrote, “For years the story of Columbus and the fascinating exploration that brought him to the new world was taught in schools across America… Later, as the impact of the arrival of explorers was assessed more fully, especially as those impacts related to indigenous people, a different view formed. Today, for many, including those within our campus community, stories of conquest and the art associated therewith are painful reminders of loss and human tragedy.”

President Benton has made the choice to remove the statue from campus, but I disagree with that decision. While up until recently Columbus may have been seen as a bright and shining figure of adventure, he now represents the destructive impact that an individual can have on millions of people. When we forget that, we run the risk of repeating our mistakes. The “Columbus Statue” should remain on main campus as a visual representation of a tragic, but real, past. 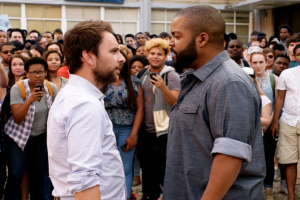 Photos by Caroline LaganasBursts of laughter punched through the AMC theater as Charlie Day and Ice Cube duked it out in a sea of cheering...
Copyright 2018 Pepperdine Graphic
Back to top