IP Suspension Leaves Students Disappointed and Scrambling for the Fall 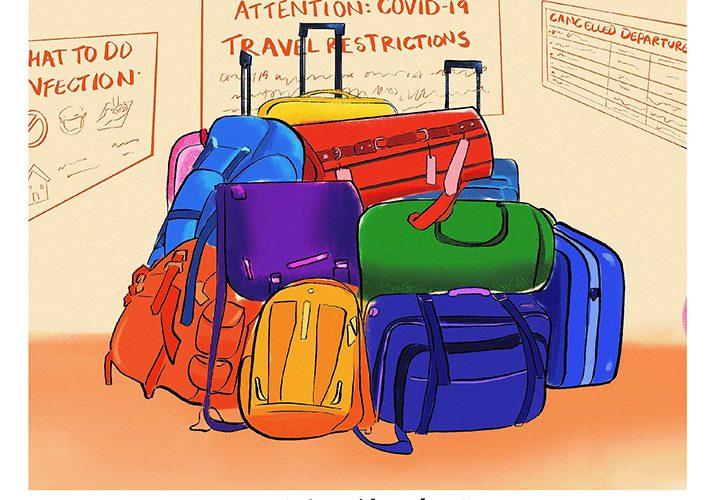 Sophomore Andre Lawrence was driving in downtown LA on Thursday, July 9 when he received a string of notifications on his phone. After pulling over, he read all the messages from his friends and found out that he wouldn’t be going to Buenos Aires for the academic year, as he had originally planned since his first semester at Pepperdine.

“I found out from a group chat with a bunch of my buddies who were going, and they were all just bummed,” Lawrence said. “And then we were all like, ‘What are we going to do?'”

The University’s email sent July 9 stated the Washington D.C., program would continue as originally planned; however, the program was suspended July 22 with the cancelation of in-person fall 2020 classes in Malibu.

Due to the ongoing COVID-19 pandemic, Pepperdine has had to consider many factors, including restrictions on entry put in place by other countries, quarantine requirements and local conditions, according to Dean Feltner’s email.

According to the International Programs website, 80% of Pepperdine students study abroad. Many students view their time abroad as the most significant experience of their undergraduate career.

Sophomore Justus Johnson — who was planning to go to Washington, D.C., this fall and plans to go to Buenos Aires in the spring semester — said he was in shock when he read the update July 22.

“Telling students one thing last week and then telling us another three weeks before classes start gives us no time to react,” Johnson said. “We’re having to be reactive instead of proactive.”

The biggest disappointment to come from the suspension for Johnson was not being able to experience living and interning in D.C., especially during this special election season and in the midst of the current political climate in the United States.

Johnson had hoped to work for and learn from government officials like U.S. Senators and House Representatives to experience the business, professional and political environment of D.C.

Lawrence said he was disappointed when he heard the decision, as he had been looking forward to traveling all over South America, though he plans to still go to Buenos Aires in the spring semester.

“There’s a little frustration in there, I’d say,” Lawrence said. “But after thinking about it for like another 10 minutes, there’s just nothing you can do, you know — some stuff is just out of your control.”

Sophomore Kylene Sim, who was supposed to go to Shanghai for the fall semester, said she suspected the IP suspension was imminent.

“It just sucks, but I’m not really surprised, considering how high the [COVID-19] cases are here compared to all those countries, and I understand that they don’t want to get infected,” Sim said.

Sophomores Brandon Rubsamen and Sarah McKenna, however, had some hope, as they were keeping track of the conditions in Heidelberg and London, respectively.

“I definitely thought London was gonna happen,” McKenna said. “I don’t know if that’s naive, but I for sure thought it was going to, and I was pretty surprised when it wasn’t.”

Rubsamen said he was hoping that because the conditions in Germany looked good, his program would be able to still go on. He said he is not too disappointed, as he looked forward to being reunited with his friends — who were initially going to other International Programs — in Malibu this fall.

Sophomore Dane Bruhahn said he was particularly excited to live in Florence; the International Programs were a big part of what drew him to Pepperdine.

“I’m from California, so Pepperdine doesn’t really feel all that different from San Diego,” Bruhahn said. “I was really looking forward to this year, getting out and experiencing a new environment, so that was why I really wanted to go study abroad.”

McKenna said she has also always wanted to study abroad and was excited to attend Pepperdine because of the University’s international offerings. McKenna, Bruhahn and Rubsamen all said they hope to go to their programs in the spring.

After the July 9 IP suspension announcement, students scrambled to figure out their housing situations.

Lawrence had been looking at off-campus housing in Malibu but says that has been difficult.

“There’s absolutely nothing because everyone — every sophomore — is trying to get off campus now,” Lawrence said. “I found this one that was really close to campus and emailed them, and the person was like, ‘Yeah, I got, like, 45 different emails.’”

Lawrence also said leases for apartments are usually for the full year — until around April — and he wants to go to Buenos Aires in the spring semester, but he does not know if the spring 2021 Buenos Aires program is even guaranteed.

After reading the July 9 announcement, McKenna planned to live on campus and was on the waitlist for housing.

Because McKenna is an RA for the London program, she also considered how the IP suspension would impact her financially. She had hoped to work at Starbucks on campus this fall instead.

“Finances were definitely the first thing I thought of,” McKenna said.

Junior Kylie Jones is an RA for the Lausanne Program and said the IP suspension has impacted her financially as well. She said what had probably been the worst part about the IP suspension was losing her RA employment opportunity for the fall and trying to find housing on campus.

“Since I’m a junior, […] I might not even have housing on campus. I don’t have the RA position anymore, so it’s a lot of uncertainty and just a lot of things still up in the air,” Jones said. “So I don’t really know what my fall semester is going to look like.”

Jones said HRL had informed her that even though she was an IP student, housing is based on availability and is not guaranteed since she is an upperclassman.

IP students had less than two weeks to figure out their housing situations after the July 9 announcement, until the July 22 email update stated that classes would be delivered through online instruction. Since the latest email, many students are now having to change their plans again and search for other housing and employment opportunities.

Both IP RAs Jones and McKenna said they did not receive any prior communication about the IP suspension and found out at the same time as everyone else.

IP RAs hired for the full year have the opportunity to retain their employment for the spring 2021 term by signing a new contract, according to an email from Assistant Director of Marketing and Student Development LaShunte Portrey.

Jones said the London program director reached out to her and her co-RA after the IP suspension announcement to offer support and messages of encouragement.

“In his email, he even said that they hadn’t been communicating with the RAs as much as they usually would because they only wanted info coming out from one source,” Jones said. “They didn’t want to have him telling us something and then HRL telling us something — and then all these other people giving us different information — so I can understand that.”

Sim said her parents worry about the rising cases of COVID-19 in California, and with the University’s decision to hold only online courses this fall, she plans to live at home in Illinois.

Feltner hinted at a possible January study abroad opportunity in the July 9 email but has yet to confirm the status of this program and the spring 2021 programs. 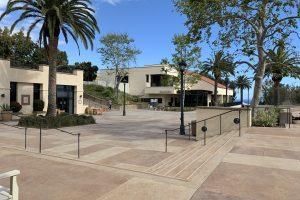