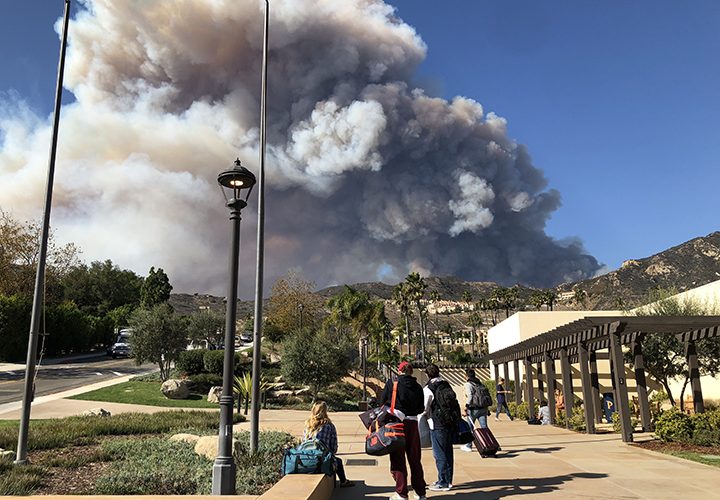 Immediately after losing freshman Alaina Housley in the Borderline Shooting, the Woolsey Fire neared the Malibu campus. Resident Advisors (RAs) were greatly affected, as they needed to care for themselves and their residents during this overwhelming time.

While November was a trying time for many, the experience was decidedly different for employees of Housing and Resident Life. HRL employees had to tend to the needs of students before considering their own safety. Multiple administrative staff said they chose to stay on campus instead of returning home to their families. The student employees, however, were required to remain on campus during the evacuation as a part of their job. This greatly affected their experiences and perception of HRL.

Director of Resident Life Maura Page said she and other employees expected these tragedies to cause the number of applications HRL received to plummet because of all the stress RAs were put under that month.

Page said that was not the case. In fact, it was the exact opposite.

“We have a record number of applications this year,” Page said. “We’re the highest we’ve ever been, by, I think, 50 [applications].”

A possible explanation for the increase in applications is a sentiment throughout HRL. Although they acknowledge the heartache felt across campus, they choose to find the silver lining, senior Tanner Bass said.

Tanner Bass, the RA for Eaton, said those couple of weeks were the toughest he had ever gone through.

Instead of continuing to constantly feel that pain, however, Bass said he chose to find the good in the situation.

“For the guys that decided to stay around [after the evacuation], I think we definitely got closer,” Bass said.

Even so, Bass acknowledges that the RAs were not prepared for what they experienced, but he does not blame HRL.

Given the choice, Bass said he would have still been an RA if he had known what was going to happen.

“I would do it again because of the relationships I have built,” Bass said. “The positive experiences that I have gone through as an RA are definitely worth it.”

Senior Rachel Jolly, RA for DeBell, had a much different experience than any other RA. Alaina Housley, the Pepperdine freshman tragically shot in the Thousand Oaks Borderline Shooting, was one of Jolly’s residents.

Jolly said that her experiences with the fires and shootings are different in the long term because unlike other houses, DeBell is still trying to heal from losing one of their residents and friends.

“We are still trying to help our dorm and unify our house,” Jolly said.

Similar to Bass, Jolly said she was not prepared for what she was about to go through.

“It was traumatic and challenging and really, really hard,” Jolly said. “I have never experienced something like that. It was just terrible.”

Somehow, through everything they experienced, Jolly said she and her residents were able to find a bright side, even though they greatly miss their friend.

“Through all of it, we have come out a closer group,” Jolly said.

Unlike the other houses, Jolly said she and her residents welcomed the fire. After going through the loss of a friend, they needed that time to be away from campus and with their families.

Even though they were not happy about the damage and loss it caused, Jolly said they were thankful for being able to go home. The evacuation gave them a chance to begin recuperating in the comfort and love of their own homes.

Both Jolly and Bass said being an RA during this time immensely changed how they view HRL.

“I think that HRL has a really tough job because they are handling such a large volume of students,” Bass said.

“What they do is incredible and often goes unnoticed,” Jolly said. “They really are responsible for caring for every student.”

Freshman Karese Frizell said she recently applied to be an RA.

“Even in the midst of all the events that happened last semester, that didn’t effect my decision in wanting to be an RA,” Frizell said. “If anything, [those experiences] made me more passionate about it because I saw the demand of leaders at Pepperdine and how they are essential in helping the student body and being examples for the students.”

“To have a high number of applicants is consistent with that experience that they have seen so many incredible examples of care and love and ministry over the last weeks,” Page said. 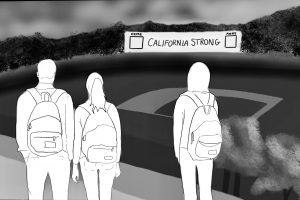 Art by Caitlin Roark Following the tragedies that came to define the month of November for Pepperdine and its neighboring...
Copyright 2013 Jupiter Premium Magazine Theme
Back to top