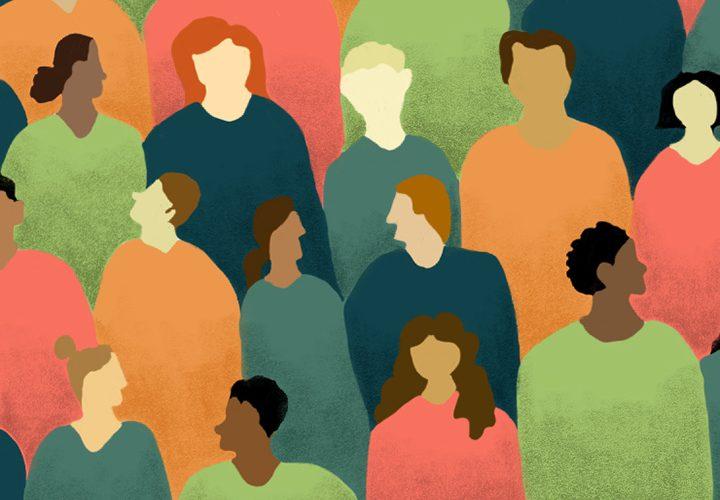 From race and socioeconomic status to gender and sexual orientation, diversity comes in many different shapes and sizes.

For many young adults, college is the first opportunity to encounter diversity.

Although it can render human interaction more challenging, two experts and six students agreed that diversity is a necessary and invaluable aspect of the human experience, especially the college experience.

“I think human interaction is a very beautiful thing, and I think interacting with people who both look like you and don’t look like you can really change your whole entire outlook on life,” said Amani McCalleb, senior and president of the Black Student Association.

Reasons for and impact of noticing differences

Human beings seek connection, and in the process of noting similarities, they consequently note differences. They naturally perceive themselves and others in terms of group identities, including race, ethnicity, gender, sexual orientation, socioeconomic status, ability and religion, Communication Professor Charles Choi said. Categorizing each other based on similarities and differences helps people function more effectively.

Humans focus on differences because of both internal, psychological forces and external, systemic forces — including the family, the media and lawmakers, Choi said. Observing others’ differences also allows individuals to form their identity.

“As I figure out who I am, I’m certainly also picking up on what I am not, and then those outgroups are naturally forming as a contrast to my own identity,” Choi said.

“There’s nothing negative about it — we categorize, that’s just what we do,” Sociology Professor Rebecca Kim said. “But when we categorize, let’s not also rank in terms of value.”

The tendency to view differences as inherently negative and view each other as groups rather than individuals can be problematic; it can easily lead to discrimination and dehumanization, Choi said.

“When we see that difference, it provides an opportunity to appreciate it, celebrate it, learn about it,” Choi said.

Kim said acknowledging the different identities and perspectives of her students helps her respond to them and create a more inclusive space, ultimately making her a better professor.

Senior Grace Ramsey said remaining aware of differences is important to progress toward equality because those differences significantly impact an individual’s lived experience.

“We all bleed the same, but the fact that the color of our skin still changes the way people treat us is important to acknowledge,” Ramsey said.

Role of the college experience

One critical function of education is to provide a context of diversity, Choi and Kim said. Liberal arts universities like Pepperdine are designed to equip students with a wide range of knowledge while providing safe spaces for open dialogue.

“A lot of people have something to say, and college needs to be a place to be able to express it and to maybe even hear yourself say something wrong,” Choi said.

Students cited cultural clubs and International Programs as key opportunities to immerse themselves in diversity.

“I think it’s so important people take advantage of the college experience because it’s one of the only times we’re around people who are so different,” Choi said.

Growing up in the Midwest, junior Isabella Yeager — who serves on the executive board of the Feminist Club — said she did not experience a breadth of viewpoints until her first year at Pepperdine.

“Some of the culturally insensitive things that can come out of the conservative crowd were more normalized for me,” Yeager said. “My first year I had trouble really recognizing how damaging it is.”

Senior Alexis Hixson moved from Oklahoma to Rwanda at 8 years old and attended the international school where her parents worked as missionaries; upon returning to the U.S., she said she experienced culture shock.

Hixson chose to attend Pepperdine because it has a high number of international students and is located in a more diverse state, so she was disappointed to find it racially homogeneous. She said she appreciates that women feel more empowered to speak up in the classroom, but she has also noticed that white student voices drown out those of students of color.

“A lot of people grew up in a community with a bunch of other people that are just like them,” Hixson said. “Because they haven’t really been challenged before, they’re really comfortable saying whatever they want to say.”

For senior Tyler Speed, the transition from his predominantly Black high school to Pepperdine was more drastic than expected.

“There are so many people coming from different parts of the country and the world that you gain a new perspective on everything,” Speed said. “I had no idea what the perspective of someone that was rich was.”

While he had to worry about how he was going to pay for tuition and support his family in Detroit, Speed said his peers had the privilege of focusing only on grades.

“It was just like a bubble,” Speed said. “A lot of people didn’t understand that there’s more to life around them.”

Over his four years at Pepperdine, Speed said he has felt suppressed and misunderstood. Due to the demographics of the campus and the fear of tarnishing Pepperdine’s image, he often feels the need to code-switch, or alternate between two different language varieties.

“My demographic isn’t highly represented or respected on campus — unless you’re at a party,” Speed said.

“Before I got to Pepperdine I had never thought of my race and my ethnicity because I was around Black people,” McCalleb said. “And then I got to Pepperdine, and I found myself in situations where I was the only Black person. … I started to become hyper-aware of my existence as a Black woman.”

Although Pepperdine is not as racially diverse as she would hope, McCalleb’s experiences of marginalization have made her more self-confident. She said she believes institutions have a responsibility to create spaces with equity and inclusivity at the forefront.

“Everyone else on campus gets to live freely and be comfortable without being questioned, and I feel like as a student who pays tuition, I also have that right,” McCalleb said.

Challenges and benefits of diversity

All communication is intercultural communication, and when one is interacting with someone who operates on a different value system, miscommunication is inevitable, Choi said. The mindfulness required to communicate effectively can be exhausting, and most individuals are not willing to put in the extra effort because it is not immediately rewarding and seemingly obligates change.

“I understand resistance, but I don’t think we should be fearful of that because life is fluid anyway — it’s not like cultures are fixed,” Choi said.

Diversity can also create disconnect, and this is evident in instances when Pepperdine’s demographics do not reflect broader demographics. For example, Kim said the lack of diverse representation in the administration can make on-campus interactions more difficult, while the diverse representation in the classroom requires her to be more intentional to not offend or exclude anyone.

Ramsey emphasized the importance of colleges representing the student population. There are few women and almost no people of color or LGBTQ+ individuals in administration, and she said the negative impact of this on daily interaction is inescapable. This makes uncomfortable conversations even more important.

“Pepperdine is trying to walk that middle ground of not making anybody angry, and by doing, so they’re taking a non-position that hurts everyone,” Ramsey said.

“It makes us think before we speak,” Chai said.

For Speed, diversity — even when it causes conflict — is beneficial because it is necessary for achieving mutual understanding.

“Diversity is important whether it produces turmoil or whether it is positive because now you have a broader view of how the world works and really understand why certain people act how they do,” Speed said.

Sources agreed that the benefits of diversity far outweigh the disadvantages.

“If you walk in wanting to learn and grow, then you’re more likely to come away with a lot of success with these interactions, and the long-term reward goes through the roof,” Choi said.

Hixson said people cannot empathize with others or grow as individuals unless they embrace diversity. Her experience in Rwanda prompted her to appreciate how others’ stories became intertwined with her own story.

“You constantly have to shift your perspective into a place where you’re ready to understand what the other person has to say,” Hixson said.

Greater diversity can positively impact one’s academic experience, as a sense of belonging makes it easier to participate in classroom discussions. As an Asian American, Choi said he is all too familiar with the feeling of walking into a room where no one looks like him.

Ramsey agreed and said a more heterogeneous environment provides individuals who are underrepresented or marginalized with more opportunities for connection.

“I can feel very uncomfortable going into a hyper-religious space as a queer person, even a queer Christian,” Ramsey said. “The moment I know there’s someone else like me in that space, it makes me more comfortable.”

Although her gender and sexual orientation can be disadvantages, Ramsey said she acknowledges that her privilege — being white and upper-middle class — impacts how she interacts with others. She said she unintentionally committed a microaggression against a student of color, and she is grateful that the student corrected her.

“It was truly a humbling experience because I realized that just because I claim to know better doesn’t mean that I actually do, and I need to listen to the people who have these experiences,” Ramsey said. “It’s painful for me because I hurt someone, but I can’t imagine what it’s like for them to have to deal with that every day.”

Although the fear of making mistakes often inhibits people from speaking out, Ramsey said silence can cause even more harm. For her and many others, diversity enriches life.

“God intended for our world to be this amazingly diverse thing, and when we can engage in community together in diverse spaces, I think we’re getting steps closer to what that vision was supposed to be,” Ramsey said.

Change does not occur in a vacuum, Kim said. Social activism within an institution like Pepperdine — including the 2016 student protests of the Christopher Columbus statue and the more recent development of the @BlackatPepperdine Instagram account — can only occur when the population has reached a certain level of diversity.

“Being able to interact with diverse groups of people is not just a positive value,” Kim said. “It’s a must.”

McCalleb said the most important impacts of diversity is the new perspectives it enables her to understand.

“It allows me to approach life in general with this feeling of welcoming everything and everyone,” McCalleb said. “I understand and I recognize that there are millions and millions of people who go through life just like I go through life, and it looks very different for them.”

What Do You Appreciate About Human Interaction? 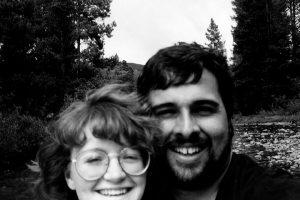