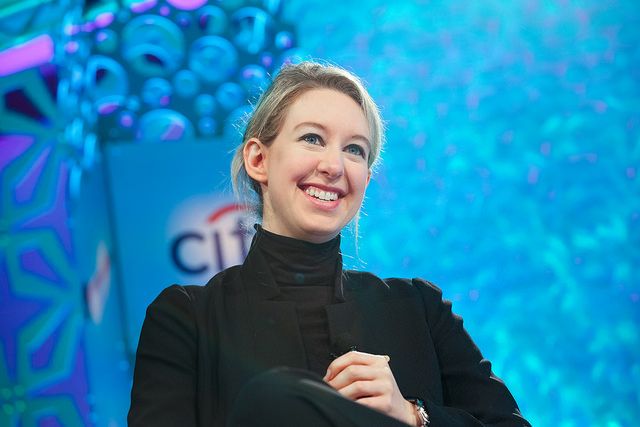 Pepperdine has announced that health technology entrepreneur and Theranos CEO Elizabeth Holmes will address Seaver College on Saturday, May 2 in lieu of Sir Anthony Hopkins, who “was unable to serve as commencement speaker due to a scheduling conflict.”

Hopkins was initially announced to be the speaker, as the Graphic reported in March, but now Holmes will take over his place. She will be bestowed the university’s highest academic honor, an honorary Doctor of Humane Letter degree.

“She’s really hot right now. If anyone doesn’t know who she is, they should Google her. She’s really a fascinating person,” Chief of Staff and Associate Vice President Marnie Mitze said.

Holmes, who studied at Stanford University’s School of Engineering, is the youngest female billionaire in America. Forbes lists her real time net worth as $4.6 billion.

Theranos is a health technology and medical laboratory whose objective is to “enable early detection and intervention of disease,” according to the company’s website. The company was recently in the news due to their push towards making lab tests available to patients in Arizona.

Mitze said Hopkins’ absence is understandable. “They [actors] have a very short span of when work comes, and when work comes you take it, even if you’re Anthony Hopkins.”

The process for selecting and engaging commencement speakers is an interesting one, Mitze said.

First, there is a vetting process. After researching possible candidates to speak at different graduations, the names are brought forward to the Board of Regents. The 40-member governing body of the university is intended to “shape policy and direction for the university,” according to Pepperdine’s website.

After the regents approve the speakers, “It’s like a shopping list,” according to Mitze. Candidates’ availability and interest level in speaking is checked. Speakers are not compensated economically for their appearances. Because of the urgency of the situation, Holmes had to be approved by the regents through email instead of an in-person meeting.

How was Hopkins an option then? A Malibu resident, he taught a master class to Pepperdine theater students, and his niece is a Seaver freshman. After contacting him in late September, Hopkins confirmed his presence as a speaker only to cancel his appearance in April.

Hopkins is starring in an adaptation of “The Dresser,” which will air on BBC Two in the UK this year and Starz in the U.S. next year, according to Deadline. Production began last month.

In comes Holmes. She was already in the list of possible candidates and was in a queue to pick from. Dee Anna Smith (‘86) is the CEO of the Sarah Cannon Research Institute in Nashville, Tennessee and has a personal relationship with Holmes and was the person to recommend her.

“I was really excited for Anthony Hopkins,” Senior Matthew Pierce said. “I hope for the next year’s they can get a speaker like him to do it, because he’s going to bring in more people than just the graduates and the parents.”

But Pierce said Pepperdine “turned it around pretty well,” since Holmes is only 31 and is already worth $4.6 billions. “I’m excited because she’ll be great, especially for new graduates,” he said.

Senior Cori Hays isn’t a big fan of Holmes. “The new lady is really irrelevant. She’s a college dropout speaking at a college graduation—kind of ironic.”

With graduation approaching in approximately three weeks, Mitze talked about the importance of the day’s commencement speaker.

“It’s all about you guys. That’s what the day is about. It’s about the students, the graduates,” Mitze said.

She added that if any student has a personal connection to a potential graduation speaker, she is more than open to suggestions. And she further backed Holmes.

“She’s probably one of the biggest celebrities in the last few months in our industry right now,” she finalized.

This article was updated online April 10, 2015, and is as published April 9 in the print Graphic.

Correction: The print article published April 9 incorrectly stated that in March it was announced Anthony Hopkins would star in “The Dresser.” Hopkins’ participation in the film was announced in January 2015 and production began in March 2015. 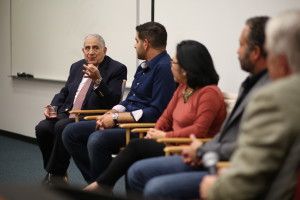 Photos by Shawn Jones The Hollywood cinema has long played into extreme stereotypes about Arabic people, which imply that...
Copyright 2013 Jupiter Premium Magazine Theme
Back to top