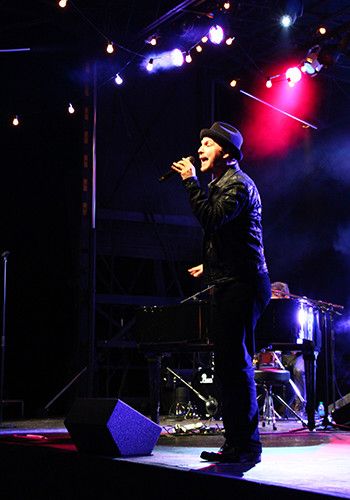 The Waves made some noise for Gavin DeGraw.

The singer gave an acoustic performance to an adoring crowd at Alumni Park on Saturday evening. Students, families and alumni gathered around the temporary stage as they swayed along to DeGraw’s music. Highlights of the concert include his opening act, 2007 alumna Jessica Childress, his intimate interactions with the crowd and a surprise appearance from Colbie Caillat, who was the headliner at Waves Weekend two years ago.

Before Gavin DeGraw took the stage, Pepperdine was pleased to welcome back Class of 2007 alumna, Childress. Childress competed in season four of the popular singing competition “The Voice,” and made notable progress under the mentorship of Usher. Childress wowed the crowd with singles from her new EP, available on Nov. 19. Her rendition of “I Won’t Go,” “Walk Away” and “Don’t Forget My Name” drew “ooh’s” and “wow’s” from the crowd. It was her soulful, R&B voice that really stood out and set her apart from the later performance by Gavin DeGraw.

After a short break, main act DeGraw took the stage in front of a cheering crowd. Dressed in a sleek all-black outfit, complete with his signature black fedora, DeGraw humbly introduced himself and his instrumentalists before belting out his first song of the night, “Sweeter.” The song is tongue-in-cheek and allowed DeGraw to showcase his smooth falsetto.

Between songs from his new album, “Make a Move,” DeGraw engaged the audience with lighthearted relationship talk and personal stories; he even invited one of the students whom he met earlier to come up and perform on his grand piano. The crowd cheered on and finally rose to their feet when the singer sang his hit, “Soldier.”

During the song DeGraw noticed an audience member’s Go-pro camera on a stick and requested to borrow it as he performed. The crooner held the camera in his hands as he sang into it and even recorded a birthday message for lucky audience members.

DeGraw made sure parents didn’t feel left out in the midst of his contemporary rock songs as he belted out oldies such as the Commodore’s “Easy.” The fun-loving singer even busted out some “old school” dance moves, which cracked the audience up.

The long-awaited moment came as DeGraw belted out the first of his three best-known songs, “Best I Ever Had.” The pace of songs picked up as students eagerly sang along with the chorus. The climax of the night came as DeGraw performed his hit 2011 song “Not Over You” and Grammy-winning singer Colbie Caillat made a brief surprise appearance to perform a duet with DeGraw, driving the crowd wild.

Proving that he’s no one-hit wonder, DeGraw closed his concert with yet another hit, “I Don’t Wanna Be,” which he said “changed his life.” Before bowing off stage, the singer told students that he looked forward to returning to Pepperdine again to perform and blew the audience one last kiss. 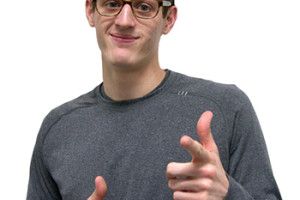 The following is a running thought time line from “Normal Pepperdine Dad” during Waves Weekend: (Friday Afternoon):...
Copyright 2018 Pepperdine Graphic
Back to top