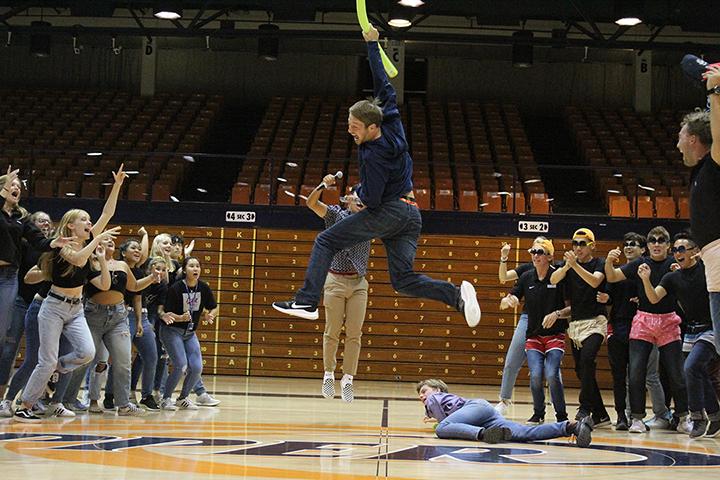 Energy filled Firestone Fieldhouse as freshmen and transfer students made sure they were heard at Pepperdine’s annual Frosh Follies on Saturday night.

The tradition of Frosh Follies included performances of chants and skits focused around notorious Pepperdine stereotypes and gags, along with the university’s history. Freshmen houses Crocker, Eaton, Knott and J. Pen sang an alternative version of Cardi B’s “Bodak Yellow” and Lil Mama’s “Lipgloss.” Their performance was heavily choreographed and rehearsed (with a side of shade toward Miller house), which helped them bring home the win for Best Chant.

Gash cartwheeled into the end of Peppers, Phillips, Connor and E. Pen’s skit about a futuristic Pepperdine that was saved by Gash from his evil counterpart, Jim Smash.

Transfers also proved that they too are part of Frosh Follies as houses Eden, Shafer, Krown Alpha and Krown Beta took home the win for Best Skit. Students performed a skit on the Legend of Jim Gash, with spoofs of popular songs from Disney’s “Hercules.” The skit included a background story of George Pepperdine being froze to stone by Medusa, forever residing as the statue down on Mullin Town Square.

Transfer student and junior Adriana Walker from Krown Alpha said she is grateful she committed the time and energy to practicing with her group.

“I was so fun,” Walker said. “The more we practiced, the more energy we got and by the time we performed, we were super prepared. The hard work paid off, we won!” 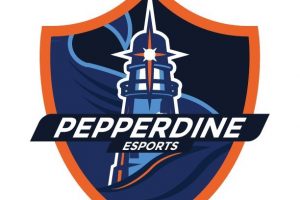 Photo Courtesy of the Pepperdine eSports Program. Pepperdine jumped into the world of eSports by starting their own program...
Copyright 2013 Jupiter Premium Magazine Theme
Back to top