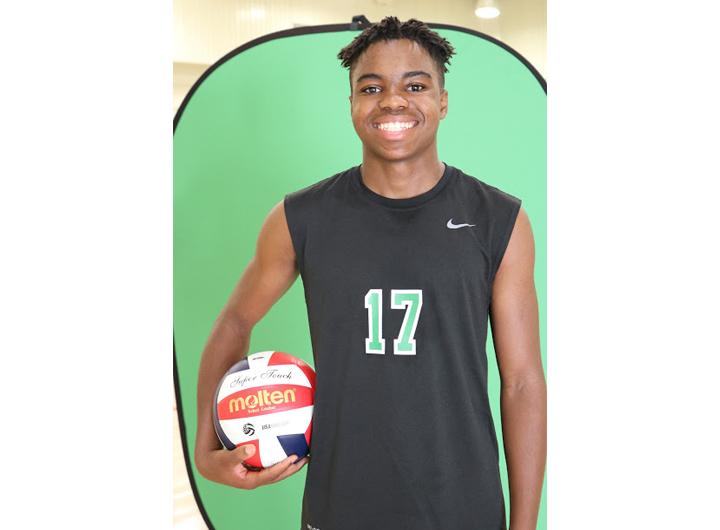 First-year Timothy Jackson was 5-foot-3 when he began high school. He played volleyball, but he said his teammates and coaches doubted his abilities because of his height.

“People doubted me all the time because, ‘Oh, you’re not tall enough,’ and then I basically proved them wrong in junior year,” Jackson said.

Jackson, who lives in Eagle Rock, CA, said it was a battle trying to stand out during his freshman and sophomore years at Eagle Rock Jr./Sr. High School. He knew he was talented at volleyball, despite his height.

“It was awkward,” Jackson said. “It was a combination of me trying to find out where I’m fitting in and just a combination of kind of down on myself, just a little bit, about my natural abilities.”

During his junior and senior years of high school, Jackson said his life changed. He excelled in sports and grew to be 6-foot.

“I was just grinding, and it was just like, people actually finally started recognizing me, and I was just kind of grateful,” Jackson said.

Once people started having confidence in him, Jackson said he gained more confidence in himself and his abilities. He also became the captain of the men’s varsity volleyball team during his senior year.

“I could say I’m a pretty confident person, but when people put confidence in me, that just blows me out of proportion,” Jackson said. “I just go crazy.”

Meanwhile, Jackson said his high school college counselor nominated him for a Posse Scholarship, which awards full tuition to talented high schoolers who the college application process might overlook.

Jackson said he brought his heightened confidence from his recent athletic success to the Posse interview process and later received his Posse Scholarship and acceptance to Pepperdine.

“It was a pretty dope moment,” Jackson said. “I cried when they called me.”

Jackson said he felt like people finally saw him for who he was. It made him more confident in himself.

“It made me feel satisfied — satisfied that everything came together the way I wanted it to come together and ultimately it was God’s plan,” Jackson said.

As a Computer Science/Math major, Jackson said his confidence helped him meet new people and get involved during the online fall 2020 semester. He was not afraid to make new connections, and he plans to do the same during the upcoming semester.

“I was just able to just project [my confidence] in other areas since I wasn’t in person,” Jackson said.

Jackson is involved with Alpha Omega, a student ministry group, which he said makes him more assured that God exists and is there for him. He said his primary goal at Pepperdine is to try out for the Men’s Volleyball Team.

“I just want my outward look to help other people shine,” Jackson said.