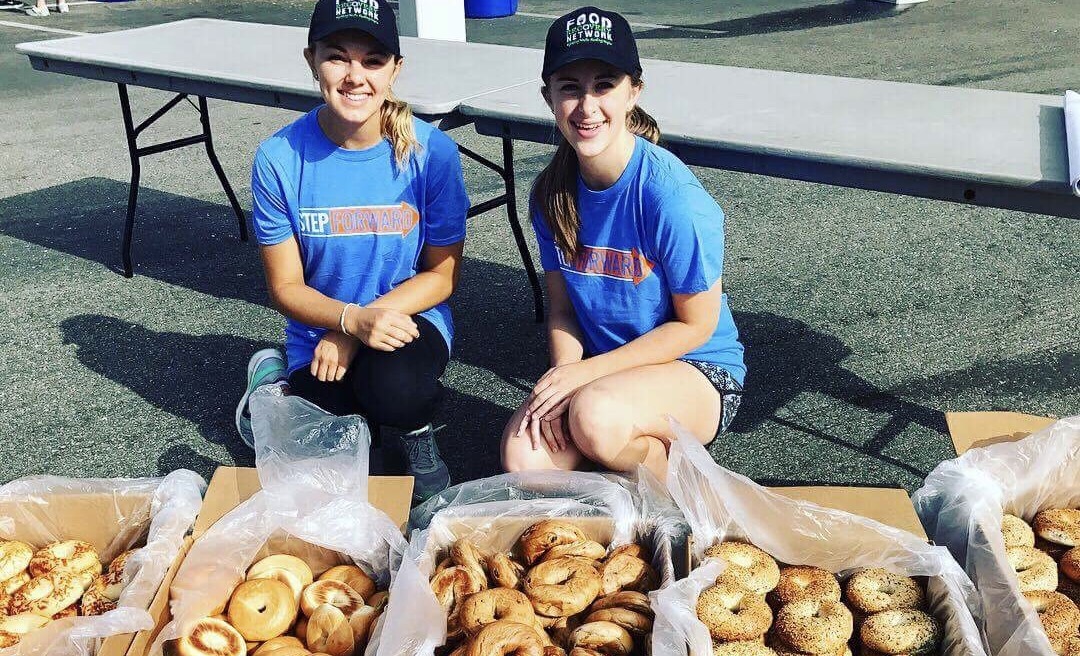 Food Recovery Network club reaches out to other clubs and organizations on campus to recover leftover food from events. Members of the club on campus bring food that would have gone to waste to their partner organizations in the West Hollywood and Malibu area.

“The Food Recovery Network’s goal is to recover extra food from events on campus that would normally be thrown away and instead donate it to one of our 10 partnering homeless shelters and food banks,” Sage wrote in an email.

The Food Recovery Network started as a student group at the University of Maryland and has recovered and donated more than two million pounds of food that would have gone to waste, according to their website. Since 2013, Food Recovery Network became a professional nonprofit that recovers food from higher education sectors.

“I think the whole idea of taking something that we would throw away and giving it to someone who needs it is such an important idea,” Sage said. “This is just a small way that we can not only recognize that, but do something about it to help people who don’t have it as good as we do.”

Junior Alex Xue, president of the Food Recovery Network club, said she was shocked to see how much food gets wasted every day in the US when she looked into food waste in her nonprofit class freshmen year. Xue said she collaborated with Sage to create a chapter at Pepperdine. When they officially became a chapter, they began reaching out to local organizations, asking if they would accept donations of perishable food.

“Last year was about establishing a connection so we could establish campus connection and proceed with the recovery to donate to those partner organizations,” Froebe said.

After the club’s second recovery, Froebe said they became an official chapter that is listed in the food recovery network chapters nationwide.

Xue said the club struggled with volunteers last year but they pushed for more volunteers by tabling at New Student Orientation and Culture Fair this year. More than 100 people have signed up saying they are interested.

“When it’s only four of us, it’s a limited schedule,” Xue said. “With 20 more people, it makes a huge difference.”

Froebe said they are trying to get their name out to the clubs this year.

“They’re always on board to partner with us, it’s just having them initially hear about us,” Froebe said.

Froebe said the people they are recovering the food from fill out a form before the event and contact their partner organizations to schedule when they will be dropping off the food.

Sage said they arrive at the event right as it finishes and test the temperature of the food to make sure it’s safe. They abide by dress code and strict health regulations on how long the food has been sitting out to ensure the safety of everyone’s health. They put the food in their insulators and drive it to their partner food organization, which cannot be more than two hours away. If the partner food organization that is receiving the food is more than two hours away, there are dangers of the food going bad and putting someone’s health at risk.

The club has recovered and donated food to organizations such as Community Assistance Resource Team in Malibu and Greater West Hollywood Food Coalition.

“We recovered 72 full trays of bagels and pastries from Malibu Reception at Alumni,” Xue said. “We were able to bring almost all of that to Greater West Hollywood Food Coalition where 100 to 200 people come through their door every day.”

Froebe said they are working on having their form systematically included in the forms for catering.

“We are pushing for and hopefully will get in touch with the manager of catering events for Sodexo so every time they fill out a cater form, they also have the option to recover food,” Xue said.

They are also looking into a partnership with the Starbucks on campus to have a consistent source to recover food from this school year.