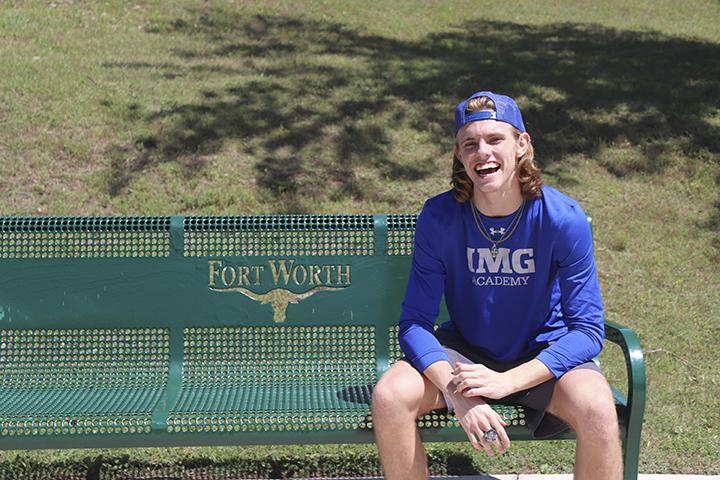 Baseball sensation Brandon Llewellyn smiles wide for the camera on a bench in Fort Worth, Texas. Llewellyn attended his local high school for the first two years before attending IMG Academy as a junior and senior.

Brandon Llewellyn is a baseball star from the suburbs of Colleyville, Texas. During his last two years of high school, he attended IMG Academy as a pitcher for the school’s national team.

As a junior at IMG in 2019, Llewellyn helped lead his team to a national championship, and USA Today ranked the team as the No. 1 baseball team in the country. That year, he said six of his teammates were drafted directly into the MLB, with three being drafted in the first round. 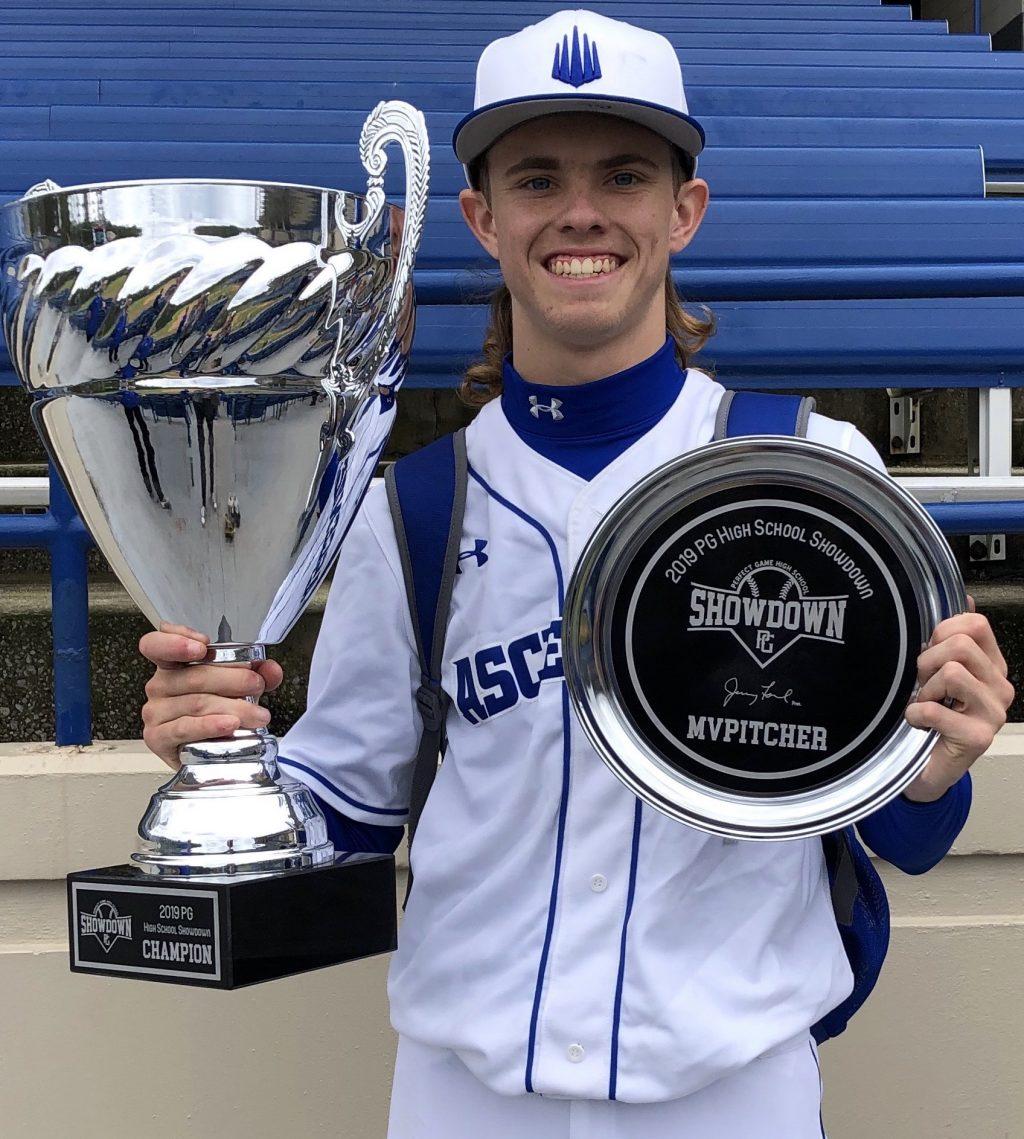 Llewellyn holds his team's 2019 national championship trophy and his MVP award for the best pitching performance of the tournament. Llewellyn has been a member of the prestigious IMG Academy national baseball team for the past two years.

“Being a part of that was one of the best moments of my life,” Llewellyn said. “It was an insane year — I would do it a million times over again.”

Llewellyn said winning a college world series has been his dream since he was 8 years old.

“I have chills thinking about Omaha,” Llewellyn said.

At the end of high school, Llewellyn said he was ranked 250th nationally and 73rd as a right-handed pitcher.

Llewellyn said he was originally committed to play baseball at Notre Dame, but he reopened his commitment status earlier this year. After meeting with Pepperdine staff and coaches before the pandemic ended the spring 2020 season, Lewellyn chose to attend Pepperdine over the other schools actively pursuing him.

“Pepperdine just sounded like home to me,” Llewellyn said. “I love LA and I love coming out here all the time — the coaches have some good stuff to tell me, and Pepperdine was a really good team last year.” 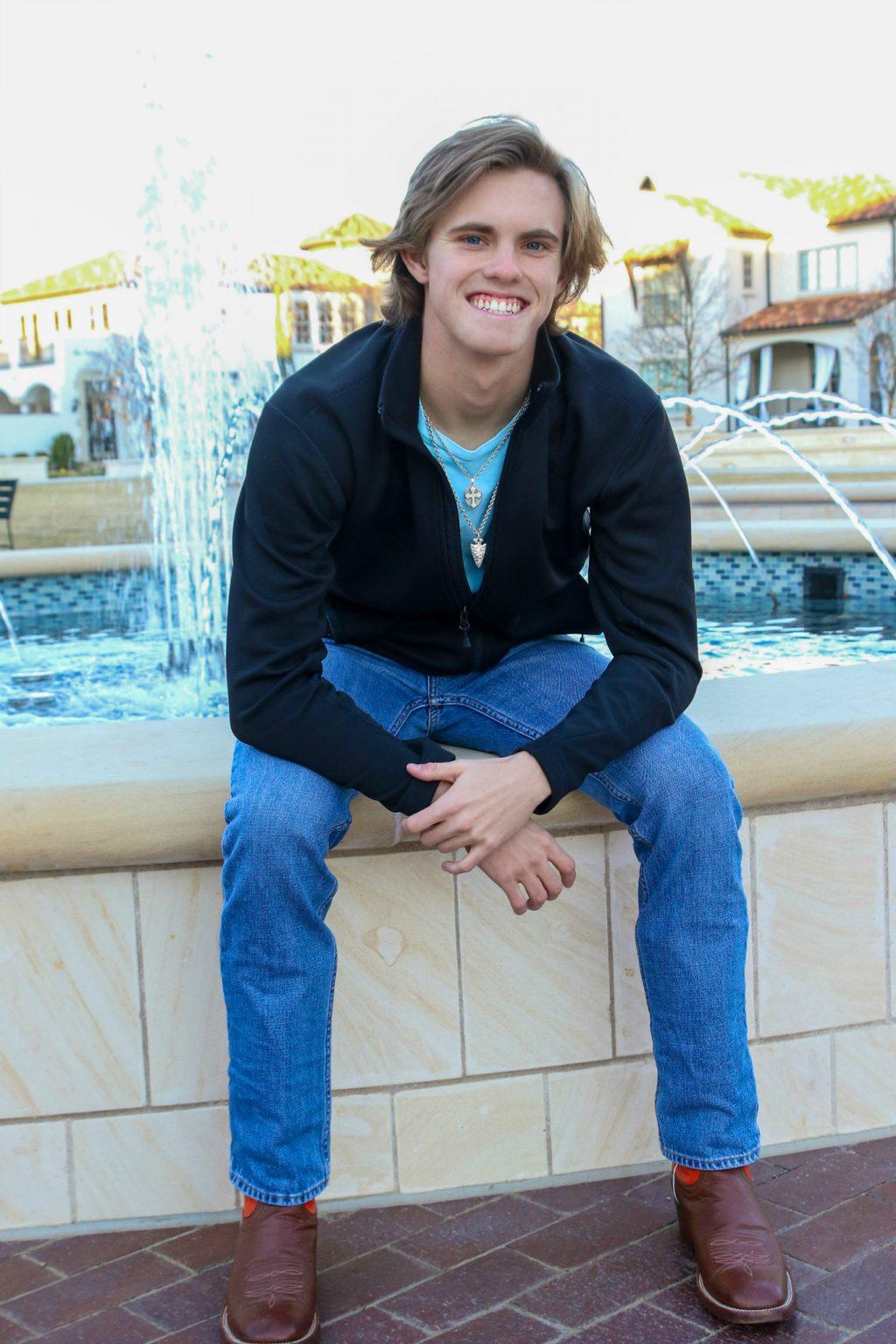 Llewellyn casually smiles for the camera. He moved into Pepperdine's Lovernich Apartments on campus earlier this year.

Outside of baseball, Llewellyn said he loves the outdoors and staying active by playing beach volleyball, hanging out with friends and hiking.

Along with winning a world series, Llewellyn said his ultimate goal is to be drafted right out of college with a degree. In the meantime, Llewellyn is looking forward to adjusting to on-campus life and hiking in the Santa Monica Mountains with friends.

“It’s a dream come true for me to be out here,” Llewellyn said. “I’m ready to see everyone else on campus and finally meet the rest of my teammates as well as experience how awesome this place normally is.” 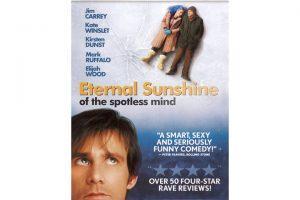 Image courtesy of Focus FeaturesDo you ever wish you could forget a bad breakup? A lost pet? That one time a waitress told...
Copyright 2013 Jupiter Premium Magazine Theme
Back to top