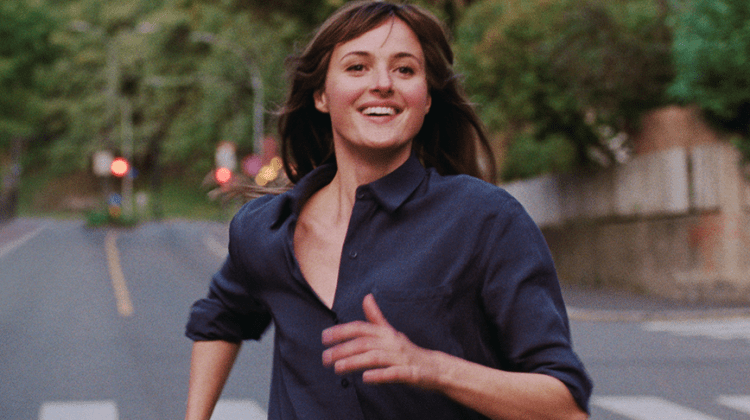 Renate Reinsve plays Julie, a young, effervescent resident of Oslo, Norway, in Joachim Trier’s romantic dramedy “The Worst Person in the World.” The film received two nominations at the 94th Academy Awards on March 27, but did not win an award. Photo courtesy of Oslo Pictures

Every year, the Academy of Motion Picture Arts and Sciences celebrate the best movies of the year at the Academy Awards. But, in every rendition of the ceremony, a few movies slip under the Academy’s radar. Dozens of movies leave the awards empty-handed, and countless more never make it to the celebration’s doors.

Trier’s film is a romantic dramedy centering intimate, intense human connection. Films like this have become common in recent years, but “The Worst Person in the World” carries a unique honesty that sets it apart from other entries in the genre.

Often in romance movies, love appears clean, exciting and relatively uncomplicated. From the very start, the audience knows who the protagonist will end up with. Person A meets Person B around the 15-minute mark, and for the next 90 minutes plus, the audience wonders why they’re not together because it’s so obvious they should be.

In the end, Person A and Person B get their happily ever after moment as the music swells and the curtains close.

“Licorice Pizza,” Paul Thomas Anderson’s romantic dramedy featuring young love in 1970s San Fernando Valley, used such a formula — and got a Best Picture nomination for its troubles. But is that what love looks like? Is it so formulaic?

Trier is content wading through love’s oft-overlooked uncomfortable, imperfect moments. In Trier’s world, love can be dull, unsatisfying, confusing and paradoxical. In “The Worst Person in the World,” love ends more times than it lasts, and it ends for the seemingly stupidest of reasons.

Fittingly, “The Worst Person in the World” opens with a series of breakups. Renate Reinsve plays Trier’s protagonist, a 20-something resident of Oslo, Norway named Julie, who flits from relationships to relationship in a montage sequence while a narrator describes her life.

Rather than center one contiguous love, Trier focuses on a series of relationships that vary in length. The magic of the film comes in those messy moments, at the crux of one love beginning and one love ending.

“I do love you. And I don’t love you,” Julie laments to her boyfriend during their breakup.

“Do you realize what you’re doing? What you’re destroying?” he questions.

A lesser movie, one pedaling a more incomplete picture of love, would omit these lines. The breakup would be quick, played for a joke or the couple would be so hilariously, hyperbolically wrong for each other that it would seem inevitable.

But Trier fixates on the beauty of love’s ugliest moments, so he keeps the camera focused on Julie and her boyfriend for an almost unsettling amount of time. The scene plays out naturally and is not rushed. The couple breaking up was loving and long-lasting, and the viewer is left wondering whether, if by destroying it, Julie fits her film’s title.

The film’s choppy structure mirrors these themes. It’s broken up into 12 parts, plus a prologue and epilogue.

Each part begins with a title card flashing across the screen. They carry names ranging from the outlandish, “Julie’s Narcissistic Circus,” to the more simple, “Positive.” Each title propels Julie through a different portion of her life, and prevents any staleness in the narrative.

When the movie ends and Julie finds herself alone, the viewer isn’t left heartbroken or disappointed. She’s navigated through the phases of a number of major relationships, and is stronger for it. Instead of constantly loving others, Julie has committed to loving herself.

“The Worst Person in the World” is a reminder that a film doesn’t need a fairytale ending to have a happy one. It’s the type of ending, and type of movie, that one doesn’t see often and that stays with the audience long after the credits roll.

“The Worst Person in the World” is out now in select theaters and is available to rent or buy on Amazon Prime Video and Apple TV+.