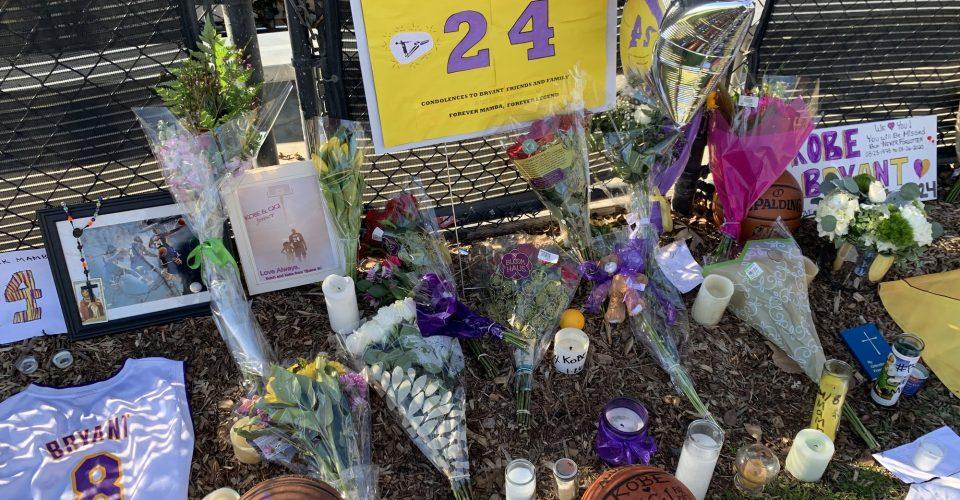 Momentos pile up at a memorial site in the Juan Baptista De Anza Park. Fans left everything from posters to flowers to basketballs in the days following the tragic helicopter crash. Photo by Judith-Daly Brister-Knabe

Following the sudden death of 41-year-old Kobe Bryant on Sunday, Feb. 26, local fans from all generations gathered to grieve. 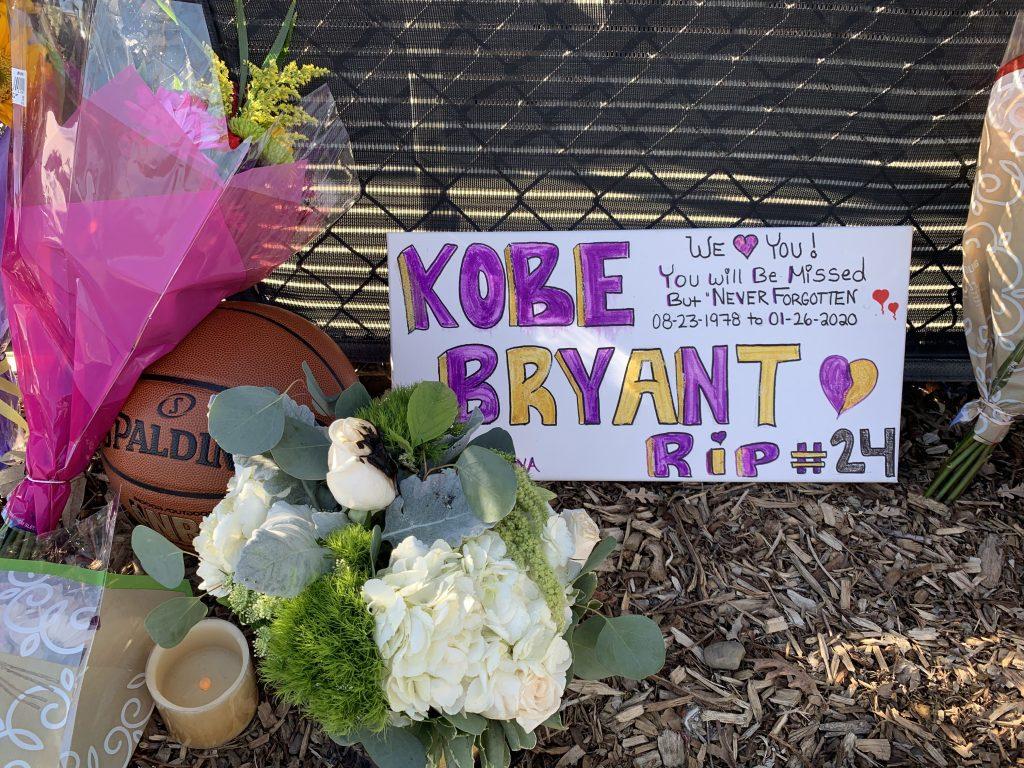 A hand-written poster left by a fan leans against a fence at the Juan Baptista De Anza Park memorial site. Photo by Judith-Daly Brister-Knabe

“I’m 43, and I’ve lived and died with Kobe,” mourner and fan Baranaby Hitzig said. “I’m just thankful that I got to grow up with him.”

Hitzig, who like Bryant recently had a newborn of his own, came to pay his respects to a man whom he said made him who he is.

“I saw his first game, and I went through all the trials and tribulations, the air balls in Utah and his court case and the losses,” Hitzig said. “And then to celebrate, you know, the championships … I feel like I’ve been a part of his life his whole career, [so] it just hurt me in such a huge way.”

In 2006, Hitzig met Bryant outside of Fox Studios after Bryant appeared on “The Best Damn Sports Show Period.” 14 years later, Hitzig still has the photo readily available on his iPhone. 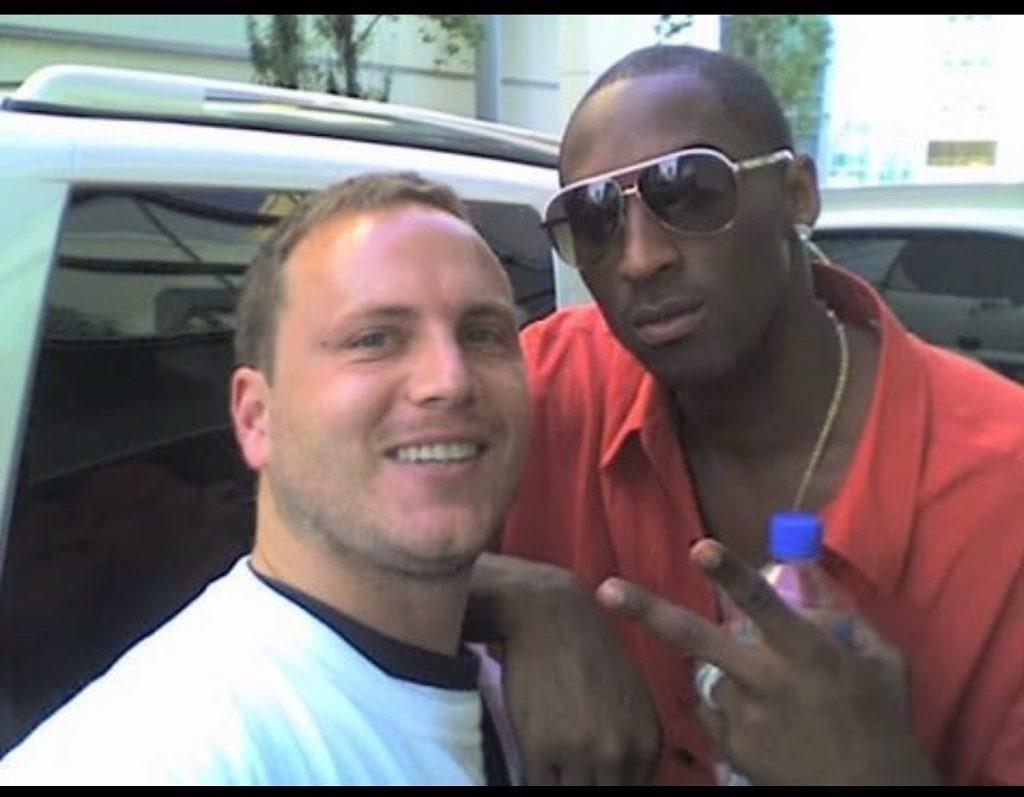 Long-time fan Barnaby Hitzig poses with Kobe Bryant outside of Fox Studios in 2006. Hitzig expressed his sadness for the loss of a man he felt was part of life journey, and credited Bryant for making him the man he is. Photo Courtesy of Barnaby Hitzig

A few feet from Hitzig, 27-year-old Taylor Messuri was also suffering Bryant’s death. Messuri was one of many onlookers who, out of respect for his hero, chose to wear Bryant’s Lakers jersey.

Messuri, a shooting guard and small forward, said he attributes much of his passion for the game to Bryant.

“He was an inspiration,” Messuri said. “That Mamba mentality will stick with all of us.”

Raquel Garret, a mother whose son began participating in Bryant’s Mamba Sports Academy when he was nine, stood with her arms folded looking over the site. Her son is now 15 and the junior varsity starting point guard at Notre Dame High School in Sherman Oaks. Garret said her son was devastated by Bryant’s death.

“He wailed for a while because, you know, he’s doing his basketball thing because of Kobe,” Garret said. “He’s watched him since he was 1 year old.”

Even though Garret’s son has attended Mamba Sports Academy for several years, he never met Bryant.

“All of the trips he’s ever been to out there, he’s never had one opportunity to say hey or shake his hand,” Garret said. “So that is kinda like a dream [that is now] awash for him. But I told him to keep his spirits up because there are only more opportunities from here.”

As a mother, Garret said the families of the victims and all of their pain is her first concern.

“My prayers and thoughts and everything else are always going to be with them because of this tragic moment,” Garret said.

Many of the children whom Bryant inspired are now grown adults, including onlooker Kung Ou, who also donned Bryant’s jersey to pay his respects.

“He really got me into playing basketball,” Ou said. “I started watching him as an 11-year-old. Anytime I need inspiration, I’ll watch some of his highlight videos to get me fired up.”

Behind the fan-made shrine of Bryant, children played ball on the courts at Juan Bautista de Anza Park. 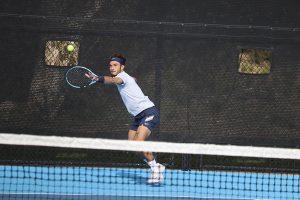