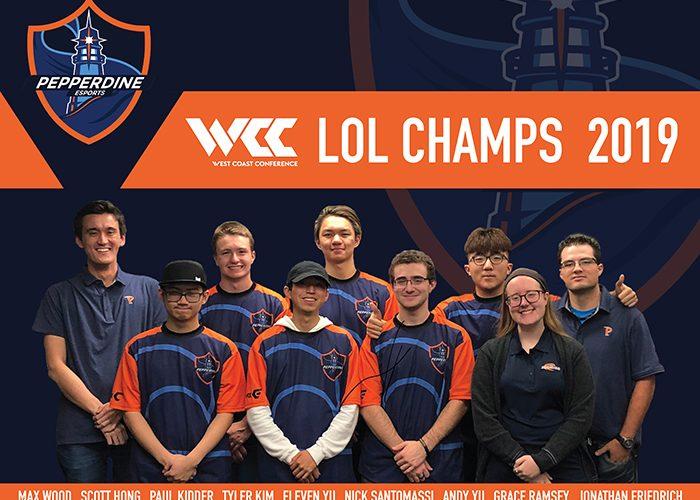 The West Coast Conference champions pose in the Genesis Lab following their victory over USF on Dec. 8, 2019. Photo courtesy of Grace Ramsey

Pepperdine’s League of Legends team is off to a 4–0 start in 2020 West Coast Conference round-robin play, just two months after winning the WCC’s inaugural esports tournament.

The League team, part of a Pepperdine esports program that is similarly a part of Pepperdine Campus Recreation, has only existed since its initial tryouts in Sept. 2019.

The team defeated Portland, Pacific and San Francisco on Dec. 7 and 8 to win the WCC Preseason Invitational Tournament.

Despite a first-day loss in a match against Pacific, team captain Paul Kidder was brimming with confidence.

“We’re the best in the conference,” Kidder said. “[Sophomore] Scott [Hong] really stepped up — [freshman] Tyler [Kim] was great. Our players are way better, our coaches are way better.” 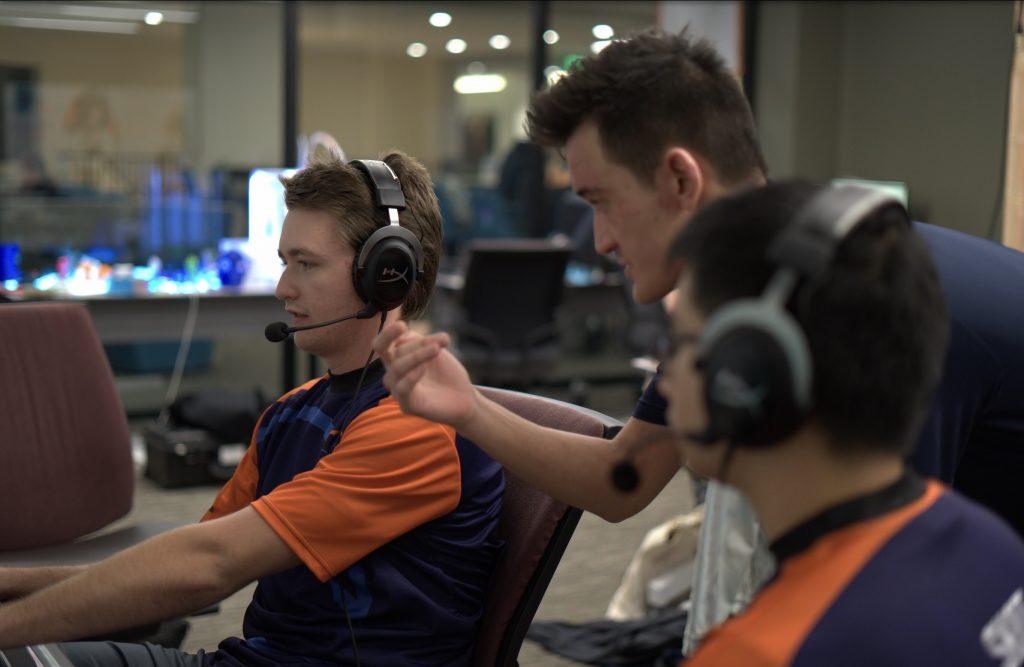 Esports in the West Coast Conference

The WCC partnered with ESL, the world’s largest esports company, to launch its first attempt to join the esports world. ESL provided the conference with a platform to organize and operate the first League of Legends tournament.

“When the WCC decided that they were going to do an initial pilot year for esports, they realized that they had no real experience in this space,” Pepperdine Esports Team Manager Grace Ramsey said. “So they decided to partner with ESL to run the initial Preseason Invitational.”

The ESL platform allowed the second day of the WCC Tournament to be streamed live on Twitch, a major gaming streaming platform. The full broadcast received more than 60,000 unique views and just as many on a later rebroadcast, according to Robb Bolton, Pepperdine’s Director of Campus Recreation.

“There’s nothing else I can think of that could have gotten that many hits for Pepperdine, for Campus Rec,” Bolton said.

Although esports is considered an auxiliary sport in the WCC sphere, as Ramsey compared it to band or cheer, the conference expanded its partnership with ESL Collegiate to include the spring 2020 season.

The 10-week WCC League season, which includes six schools, will conclude with the winning team receiving an automatic bid to the top 16 for the official Riot Games collegiate League of Legends league, which operates through the Battlefy platform.

“Through WCC, we now have a better inroad because it’s really, really hard to get into that top 16 going through the normal Riot collegiate route,” Ramsey said.

Additionally, the interest of the conference in esports provides name-brand value for Pepperdine’s program to prove its success.

As the WCC learns more about the booming esports industry, Ramsey believes it may centralize its platform or branch out beyond League of Legends.

“I think the main thing [for the WCC] is figuring out how they’ll run it going forward: if they’ll continue working with ESL, or whether they’ll develop their own platform and run it themselves, or if they will stick with League of Legends, change games [or] add a game,” Ramsey said.

Competitive Pepperdine esports began in the fall of 2019 with only two teams but have since added a third.

“We decided initially to launch with the two [most-popular] games,” Ramsey said, “which were League of Legends and Overwatch — which were also the teams that had the largest number of players — because we wanted to be able to start and include as many people as possible.”

The program discovered an overwhelming interest in Super Smash Bros. Ultimate through the Pepperdine Gaming Club and added a competitive Smash team, which held tryouts in Nov. 2019.

The Smash team practices once a week in the Genesis Lab and attends frequent local tournaments, while League and Overwatch each practice twice weekly for three hours. Each team includes six or seven players, and practices include mostly scrimmages but also video on demand (VOD) review of their own performances.

Overwatch will compete in the Tespa Collegiate Championship Series this season. Though the program has a coach for the League team, the Overwatch team is currently in the interview process for their own coach, Ramsey said.

“I’m looking forward to getting a real coach because I feel like we have so much potential on our team that just needs guidance,” sophomore Yelim Lee, the team’s captain, said. “I think we can be a fantastic team, to rival [the] League team if we could have guidance from a professional.” 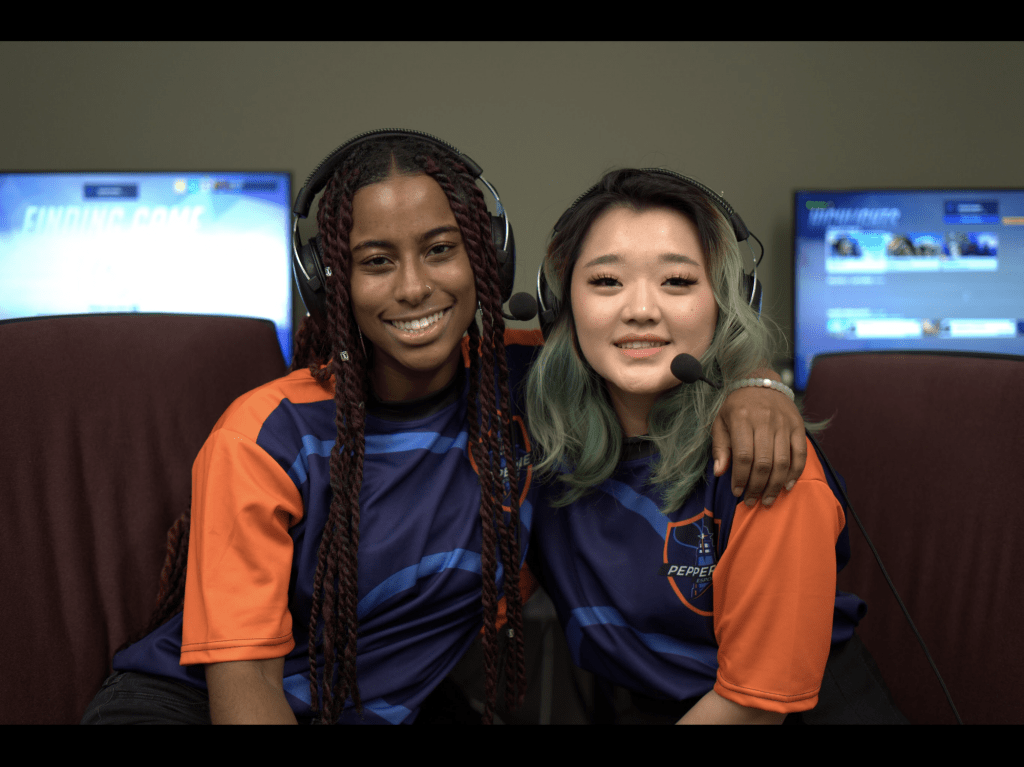 Danecia Kearney (left) and Yelim Lee (right) pose in the Genesis Lab on Jan. 29. Kearney and Lee are both members of Pepperdine’s Overwatch team. Photo courtesy of Grant Dillion

The Smash team currently has a student mentor, senior Michael Kruel, who is also the team’s captain.

“For amateur or the club esports, it is so hard to actually get coaches who are willing to work with you,” Kidder said. “Most of [the other WCC] teams don’t even have coaches. The most important thing, at least for me, is to get [the coaches] here full-time.”

Goals and Future of the Program

Getting the budget for full-time coaching is one short-term goal of Pepperdine Esports, but according to Ramsey and Bolton, the first priority is creating a new gaming center on campus.

Bolton said the relationship between the esports program and the Genesis Lab has been “positive,” but esports has outgrown the space and can be disruptive to the surrounding Payson Library.

“We’re really trying to get the budget and the space to create a Gaming Center here on campus — one that would be able to be open for extended hours and open to the student body, as well as something that could be available for the teams to use as a practice space,” Ramsey said.

Though most of the other esports programs at WCC schools are comparably new, like Pepperdine’s, Loyola Marymount University houses a new Gaming Center on its campus.

Not only would a new space allow the teams to practice uninterrupted, but it would also provide a place of community for the greater Pepperdine gaming collective.

“We think esports is something that potentially a lot of people at Pepperdine could rally around who maybe don’t find the same sort of resonance with the other sports that we have on campus,” Ramsey said. 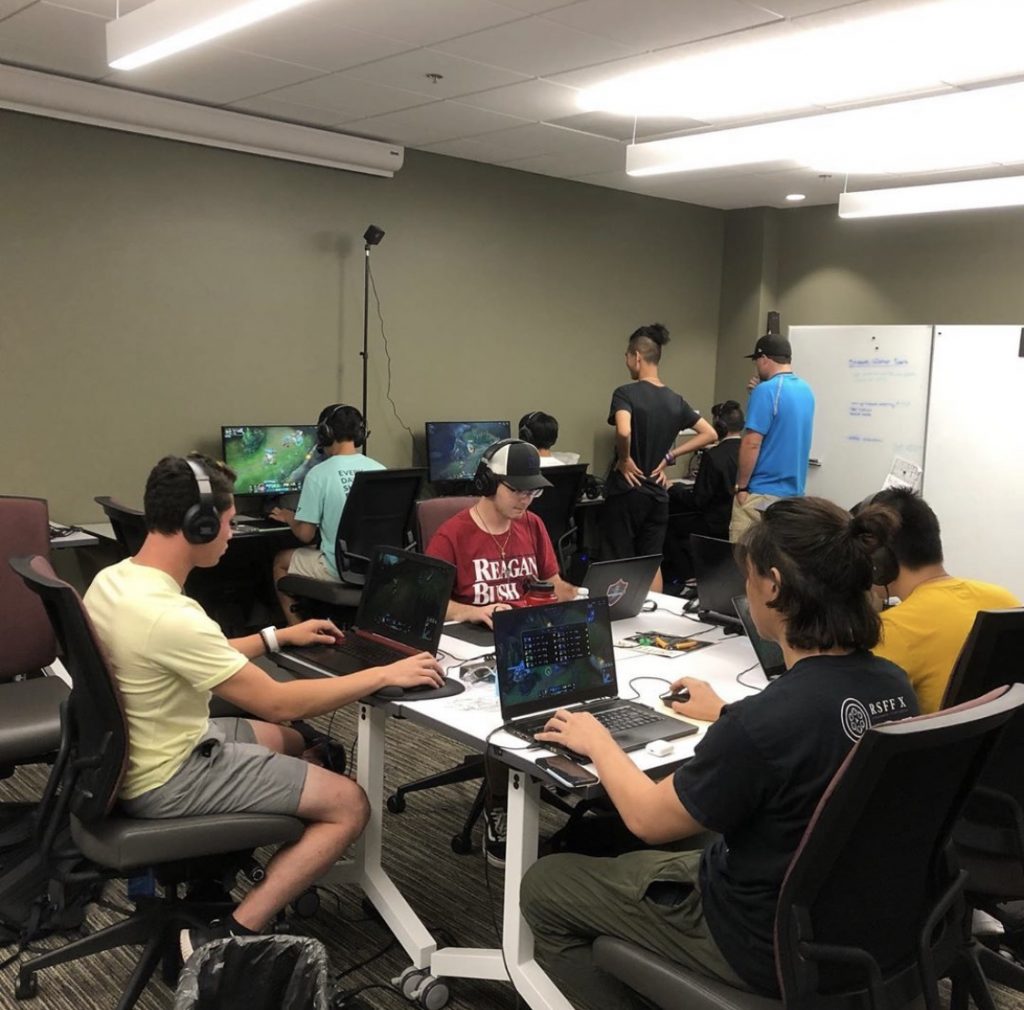 Esports is simply the competitive pinnacle of a larger gaming community that continues to grow at Pepperdine.

Bolton, the faculty advisor of the program, said that “probably a third” of his weekly activities are now focused on esports and gaming. The initial interest in the program in 2019 was unprecedented for Campus Rec.

“Everything pointed toward this being a very popular, high-demand program,” Bolton said. “We held a student interest meeting in a classroom, and it was standing-room only. That was something I’d never experienced before.”

Now that esports received positive feedback from the Pepperdine administration, including a mention in the 2019 President’s Report, the program turns to expanding its facilities and opportunities.

“Fortunately, it’s not a battle of us trying to sell the idea,” Bolton said. “It’s just trying to partner with all these different groups [on campus], now that we’ve proven the concept.”

Bolton even suggested that the gaming program is so large that it may need to separate from Campus Rec.

Though the West Coast Conference, Pepperdine University and Pepperdine students seem to be on board with esports, there remains no connection between the program and Pepperdine Athletics or the greater NCAA.

Ramsey said the NCAA has shown no interest in the prospect of adding esports, perhaps because a stigma remains against gaming as a part of the sports world.

“You have to break the stigma to get schools on board to get enough schools to compete,” Ramsey said.

As they continue their inaugural season, Kidder and Lee said they are focusing on team chemistry and improvement with their respective teams.

“Short term, [the goal is] just getting a proper team synergy back with five [players] because we’ve been playing around with a lot of different pieces,” Kidder said. “[I] don’t really care if we’re winning or losing just as long as the team is learning together.”

The League team continues its WCC season Feb. 29 against Pacific, while Overwatch kicks off its season this weekend as well.

The Smash team went to their first official competition at Dreamhack Anaheim on Feb. 22 and had a good showing, Ramsey wrote in an email. 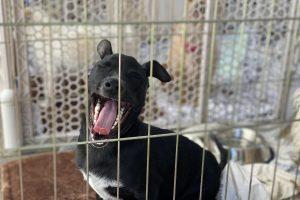 Rescue dog smiles for the camera at Malibu's Famers Market. The Farmers Market took place on Sunday from 9 a.m. to 3 p.m....
Copyright 2013 Jupiter Premium Magazine Theme
Back to top