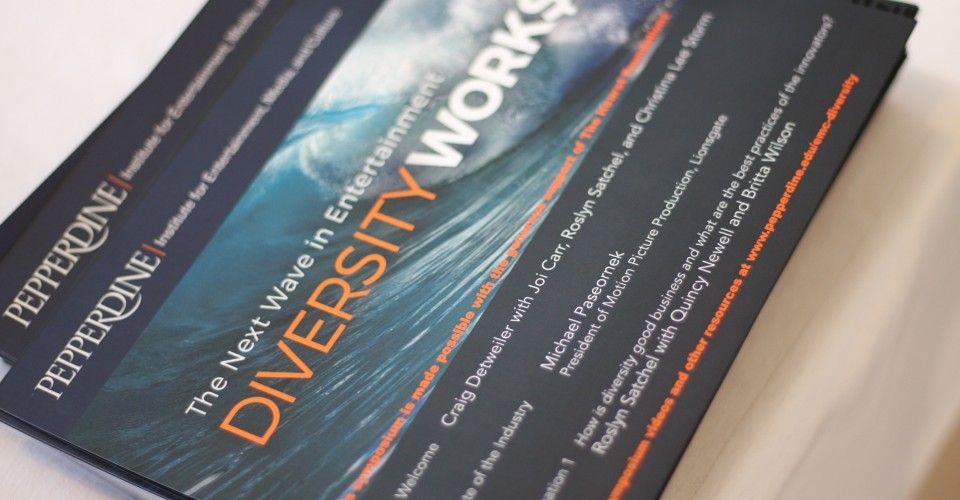 “Diversity Work$” was the latest event hosted by Pepperdine’s Institute for Entertainment, Media and Culture on Friday, Nov. 4. Craig Detweiler, along with others from the institute, hosted the event to focus on the benefits of more representative entertainment.

The event featured a series of speakers from companies such as Lionsgate, Pixar and DreamWorks Animation. Detweiler opened the symposium and said he acknowledges racism plaguing the entertainment industry.

Detweiler said what diversity should look like, with more women and people of color having more important roles behind the screen, as well as more speaking roles and fleshed out characters on the screen.

President of Motion Picture Production at Lionsgate Michael Paseornek echoed Detweiler’s thoughts in his opening keynote speech. After being in his position for nearly 20 years, he said he understands the need for more diversity in the entertainment business.

“I don’t think you’ll find anybody in our business who doesn’t think there’s a diversity problem,” Paseornek said.

Paseornek said he wants to see more TV shows reflecting the real life of those who are underrepresented since the minority population will soon outnumber the majority. He included some of the successes he’s seen at Lionsgate when more movies representative of people of color (POC) are created, mentioning Tyler Perry’s success with the Madea franchise.

Although Perry said he has managed to reach an untapped audience, Paseornek said the representation should move past just special interest films, and create more mainstream movies with POC.

The panel consisted of Pepperdine alumni Quincy Newell and Britta Wilson, and was moderated by Assistant Professor of Communication Roslyn Satchel. Newell and Wilson both said there are financial benefits to creating content that is more representative of people of color.

Upon being asked how diversity works, Newell said there’s a lot of profit potential in catering to more than one race or gender, and how that’s important to consider when choosing what should be produced by these large companies.

“If you are refusing to walk in that direction [of more diversity], it’s a conscious choice,” Newell said.

Satchel said that with this need for more representation comes the need for more people women and POC in the room to make those decisions.

“We have to be brave enough to speak up,” Wilson said.

Wilson said it’s the responsibility of those who represent marginalized groups to help out and mentor people that aren’t usually a part of the majority.

Conversation number two was led by DreamWorks Animation Production Executive Christina Lee Storm and Nina Yang Bongiovi, who has produced movies such as “Fruitvale Station” and “Dope.” Both spoke of their experiences in the industry as Asian-American women and said there is more to the pipeline that fails to get underrepresented groups into those powerful positions.

Storm said it is common to only be surrounded by White males when she participates in conversations about technology at DreamWorks. She said the pipeline that gets people into that room usually doesn’t support people of color or women of color specifically, which has majorly influenced the current state of entertainment and media.

The following panel with President and CEO of the Exceptional Children’s Foundation Scott Bowling and Diversity Committee Co-Chair of the Producer’s Guild of America Charles Howard piggybacked off Storm’s comments about the pipeline and said that it doesn’t successfully encourage people and women of color to have a seat at the table.

Bowling said that his position at the Exceptional Children’s Foundation has “built a pathway to employment for people with disabilities,” which allows him to make an effort to assist another underrepresented group.

Laura Richards, an internationally recognized expert and award-winning advocate for victims of domestic violence, stalking and homicide, was the final speaker of the evening. Her most recent efforts are shown in her latest investigation of JonBenet Ramsey’s mysterious death, not allowing her tragedy to be forgotten. This is Richard’s way of giving voices to those that are often overlooked.

“Victims shouldn’t be footnotes in their own murders,” Richards said.

Richard’s closing speech tied together all the ways in which inequality and underrepresentation are both perpetuated and fought within the entertainment industry. The speakers said understanding its dynamics better equips future generations to dismantle these things that audiences are pushing to change. 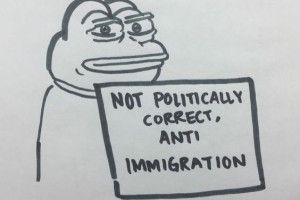 Art by Peau PorotesanoThe Alternative Right Movement was born out of the internet only in the past year or so. Using online...
Copyright 2013 Jupiter Premium Magazine Theme
Back to top