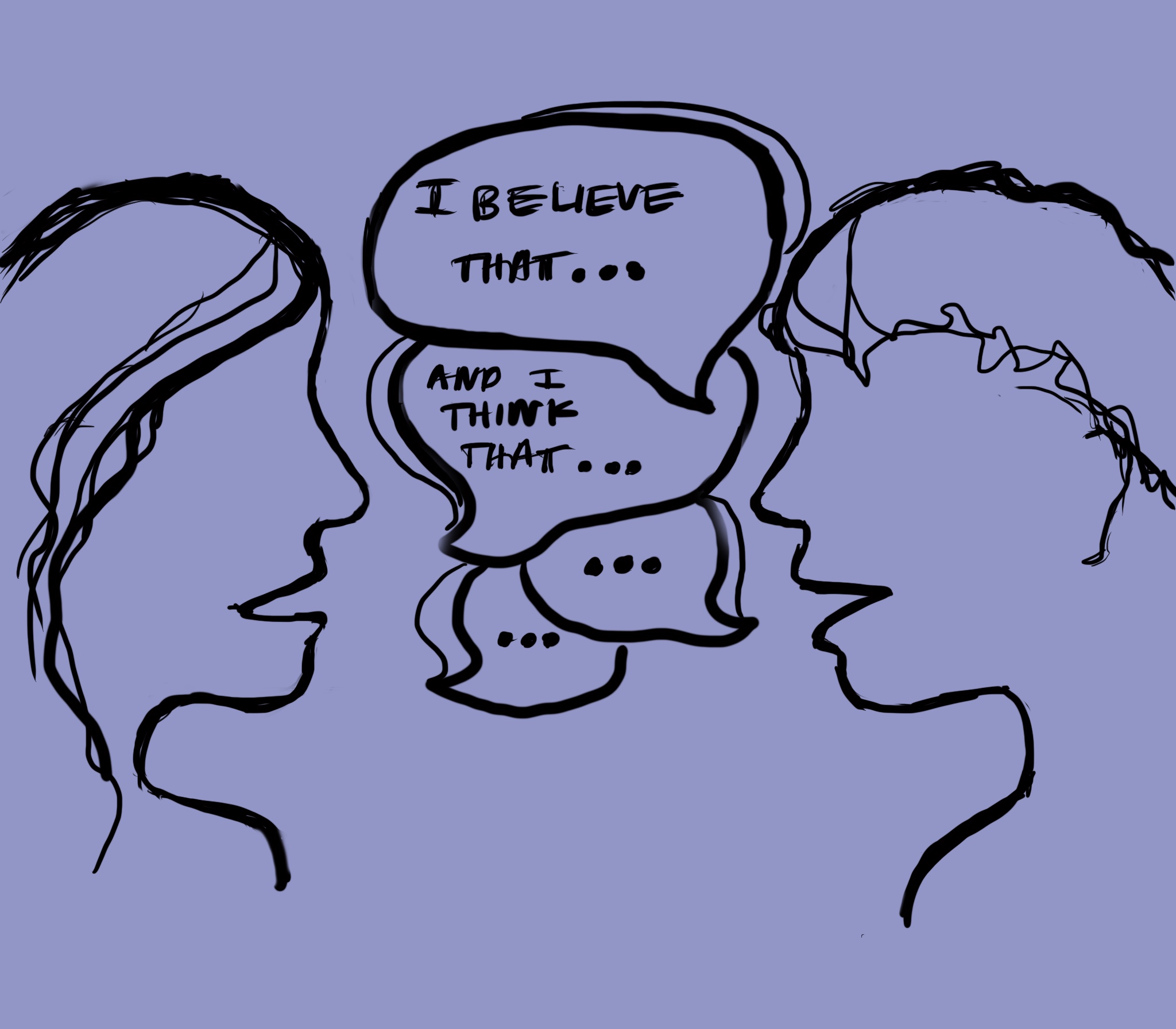 In today’s world, disagreements are not hard to come by. The “United” States of America seems to be more of a sentiment of the past than a reality of today. Conflict is exhausting, and it is tempting to insulate oneself from disagreement simply for the sake of sanity.

There is a growing need, however, for people to do exactly the opposite of what this urge is telling them. People need to come into contact with points of view that differ from their own because this fosters empathy and facilitates compromise, according to the Harvard Business Review’s article “If You Disagree With Someone, Try Listening, Not Arguing” published Sept. 3, 2015. Students in particular have a responsibility to engage in mindful exposure to various opinions.

One way that students can come into contact with diverse opinions is through social media. Using discretion, students should find people or media outlets that will expose them to ideas that they do not agree with.

Some credible media outlets that students should investigate include The New York Times, The Washington Post, NPR, the National Review, and the American Conservative.

It is tempting to hit “unfollow” when something disagreeable shows up on one’s feed, but instead students should try to seek out thoughtful — not belligerent —disagreement, according to Catherine Clifford’s article “Billionaire Ray Dalio: Here are ‘the most valuable 3 minutes of thoughts that I could possibly share'” published by CNBC on June 22.

This intentional engagement will equip students with a deeper understanding, not just of the other opinion, but also of their own, according to Zachary Wood’s TED Talk “Why it’s worth listening to people you disagree with” given in April 2018.

When he left office, President Barack Obama said, “If you’re tired of arguing with strangers on the internet, try talking with one of them in real life.” It is valuable for students to spend time face-to-face with someone with different perspectives than themselves. College is an invaluable opportunity for these interactions.

For example, last year Pepperdine invited Ben Shapiro to speak on campus. While many students in attendance did not align themselves with Shapiro’s opinions, they were able to engage in a respectful conversation with him.

This sort of discourse can be hard and uncomfortable, but it has enormous value. Without exposure to other points of view, people find themselves in “echo chambers” where there is little room for ideological growth, according to Joan Blades’s and John Gables’s article “We Should All Speak to People We Don’t Agree With” published by the Aspen Institute on May 18.

Furthermore, when students insulate themselves from differing perspectives, they risk reducing the other side to a single designation. This serves to perpetuate hatred and misunderstanding according to the article “Is it wrong to unfriend or unfollow people I disagree with?” published by the Guardian on March 24, 2017.

Most of the time, listening to different perspectives will not change someone’s mind. It will, however, change the way that she or he views the other side. By thoughtfully engaging with people who have different opinions, political or otherwise, students will more easily recognize the common humanity that underlies them all, according to “If You Disagree With Someone, Try Listening, Not Arguing” published by the Harvard Business Review on Sep. 3, 2015.

In the “Analects,” Confucius is reported to have said, “A gentleman can see a question from all sides.” When students are exposed to opinions that differ from their own, they become more mature and understanding individuals. If a student wants to be heard, it only makes sense that he or she should also be willing to hear.