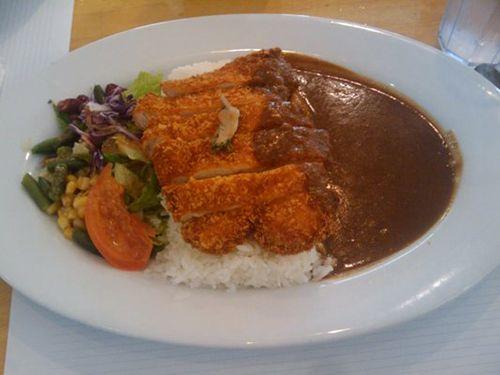 Sawtelle Boulevard in West LA offers a seemingly never-ending plethora of Asian cuisines, along with several dessert places located sporadically among the street of restaurants. This block is usually bustling and lively, especially during evenings when college students from the greater Los Angeles area congregate to get their share of ramen, sushi, curry or maybe just a cup of milk tea boba. Whatever the case, Sawtelle has a variety of restaurants that makes it ideal for even a large group of friends to have their individual appetites satisfied, as long as they’re willing to venture out from the world of Westernized cuisines.

The street was predictably very busy on a recent Friday night that we decided to drive out for dinner. After encountering some packed restaurants and hour-long waits, we eventually found ourselves at the doors of Japanese Curry House, one of the two restaurants on Sawtelle that has Japanese-style curry as its specialty. Its owners were clearly eager about the upcoming fall season; the very first thing that caught our eyes was the extensive Halloween decor, which had apparently been distributed and put up with much thought and effort, from the window stickers to the signs to the streamers. It definitely contributed to the warmth and the approachability of the restaurant, for which the friendly waiters and waitresses had already layed the foundation.

The majority of our party, of course, ordered the most popular dish: the chicken katsu curry ($11). There are also soups, pastas and other forms of curries readily available. The chicken katsu curry comes with a generous portion of rice, a side of salad and cutlets of meat. You can choose the level of spice you want, though I would suggest starting off with the mild option if you are new to the spices used in curry. Japanese-style curry is not as potent as original curries rooted in India, but still consists of similar spices. We opted for a medium level of spice, and as someone with little to no spice tolerance, this was probably the limit. The chicken was well cooked, the salad included an assortment of vegetables and the curry was abundant and flavorful. Every component held its own, and although it wasn’t the most stellar meal, we all had clean plates by the end.

The service was very accommodating — like annoying college students, we requested separate checks and they did not hesitate to oblige — and we would not question coming back to this restaurant if we find ourselves in the mood for some more exotic choices. Out of 5 stars, I would rank this a 3.5. Valet parking (donation-based) as well as parking garages are available, though it may seem a bit intimidating at first due to the large crowds. Japanese Curry House is located on 2130 Sawtelle Blvd. #200 in Los Angeles. 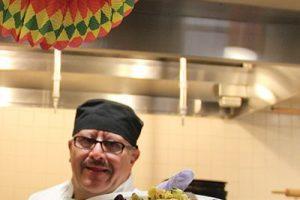 Photo by Marie Meneses The words “fiesta” and “vida” automatically come to mind when I think of my Mexican roots....
Copyright 2013 Jupiter Premium Magazine Theme
Back to top