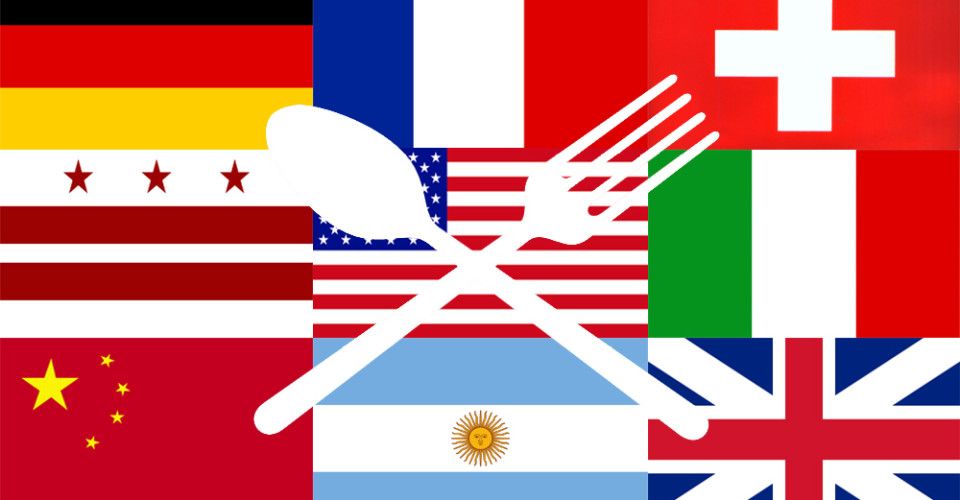 Participating an international program provides students with the opportunity to fully immerse themselves in numerous aspects of diverse cultures: interesting individuals, unfamiliar cities and countries, and lastly — but arguably most importantly — food.

Despite the length of time you spent abroad or even how much time has passed since, the memories of unique flavors mercilessly haunt your taste buds. Students who have returned from abroad are left with the painful realization that they may never again have their very favorite dishes, making the pursuit of finding alternatives to such delicacies a desperate hunt.

Chase Patton, junior and 2014-2015 Lausanne alumnus, said the food he misses most from abroad is hard to find in Malibu, or even the Los Angeles area, as it is an entire restaurant.

“Holy Cow, the restaurant we used to go to, had the best Swiss burger,” Patton said. “I think In-N-Out does Holy Cow justice, though. It’s cheaper and has a better taste for the buck.”

If In-N-Out does not replace the Lausanners’ cravings for Holy Cow, Patton recommends Mexican food.

“Mexican food does it for me,” he continued. “I missed Mexican food a lot when I was abroad, so now it fills the void.”

Experiences in Buenos Aires also leave students missing the local cuisine. Allie Berry, a junior Spanish major who studied abroad last year in Argentina, said she has not eaten her favorite treat since abroad, but has admittedly not explored the area in attempt to find it.

“I miss medialunas the most,” she said. “They are like croissants, but are a little smaller and sweeter. They are normally really cheap, too.”

If this is a delicacy you miss as well and are inspired to find it, there are numerous Argentine bakeries in the Los Angeles area, such as Grand Casino Bakery in Culver City and New Buenos Aires in Burbank.

Although Washington, D.C. is not as far from Malibu as other programs are, students still miss restaurants and foods from their time there.

Elizabeth Castleberry, a current junior and former summer student in D.C., said that she misses a restaurant called Shake Shack for its good burgers and shakes.

“It was my go-to lunch place,” she said. “I’m really excited because there is one coming to LA in a few months.”

Rhett Johnson, who spent 2014-2015 studying abroad in Shanghai, said he misses a dessert he had at the original Din Tai Fung restaurant in Taiwan.

“If you go to different restaurants, like Din Tai Fung or any nicer Chinese restaurant, they will make you taro, which almost has the texture of a potato made into dumplings, but is sweeter than a potato,” he said. “It’s not like any dessert we have in America. There are a couple of Din Tai Fung restaurants in California that have taro, but they are pretty expensive and not as good as the ones in China. I have yet to find something like the taro root.”

Despite the sometimes unavoidable feeling of helplessness when searching for the exact culinary experience, do not lose hope — the search for taro is not over.

Senior Grant Rawlins said he misses the sandwiches from All’antico Vinaio, an unassuming hole-in-the-wall restaurant in Florence only a short walk from the Duomo. Unfortunately, for students craving such specialty Italian sandwiches, Rawlins said that no deli or sandwich shop has yet replaced this Florence original.

Students who studied abroad in London share in the pains of food withdrawals. Rebecca Melton, a junior who spent her sophomore year in London, shared the elements of London’s unique and vibrant food scene that she misses most.

“I miss Indian food the most because it is literally everywhere in London, including in convenience stores,” she said. “There aren’t any [Indian restaurants] near Pepperdine, which is a bummer.”

Although Malibu may not have Indian cuisine, there are many neighborhoods close by that do. Santa Monica, Beverly Hills and Brentwood are communities in the LA area that have highly regarded Indian restaurants.

Predictably, the Heidelberg program left many of its students yearning to trade a Caf salad for a hearty plate of meat and potatoes.

Junior Tanner Wildason said that the memories of foods are all too vivid, having returned in the fall from spending the 2014-2015 school year in Germany.

“I catch myself just looking at pictures I took of food from abroad more often than I would like to admit,” he said. “I miss everything — the entire German diet. Some of us from Heidelberg like to go to this restaurant called Wurstkuche in Venice because it has sausages and bratwursts that remind us of what we ate in Heidelberg.”

Going abroad provides a lot of opportunities — adventure, growth and all things new. When you miss the food from your program, do not get discouraged. LA is full of possibilities for diverse cuisines that, although may not fully recreate the taste, can at least mitigate your cravings. 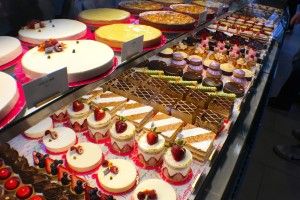 Photos by Mary Cate Long and Waverly KundysekI am a firm believer that dessert is more than simply a food with a high sugar...
Copyright 2013 Jupiter Premium Magazine Theme
Back to top