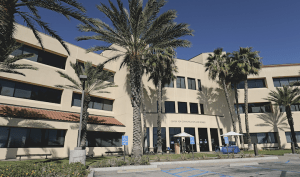 Pepperdine Graphic Media is an editorially independent news organization that focuses on Pepperdine University and the surrounding communities.

PGM consists of the digital and print Graphic, a variety of special publications, GNews, Currents Magazine, social media platforms and an Advertising Department. These platforms serve the community with news, opinion, contemporary information and a public forum for discussion.

PGM strengthens students for purpose, service and leadership by developing their skills in writing, editing and publication production, by providing a vehicle to integrate and implement their liberal arts education, and by developing students’ critical thinking through independent editorial judgment.

PGM participates in Pepperdine’s Christian mission and affirmations, especially the pursuit of truth, excellence and freedom in a context of public service.

Although PGM reports about Pepperdine University and coordinates with curricula in journalism and other disciplines, it is a student (not a University) news organization. Views expressed are diverse and, of course, do not correspond to all views of any University board, administration, faculty, staff, student or other constituency.

What is Pepperdine Graphic Media?

The Graphic is in the Associated Collegiate Press Hall of Fame and is Pepperdine’s oldest student organization. The Graphic began publishing in 1937, and it is the digital-first weekly newspaper of Pepperdine University. Reaching a total audience of more than 5,000 people in the greater Malibu area each week, the Graphic is the premier source of news for the University community. Students cover everything from University policy and administrators, wildfires and mudslides, to student artists, concerts, campus protests and NCAA athletics.

Currents Magazine, also in the Associated Collegiate Press Hall of Fame, is a biannual college lifestyle and features magazine published in the fall and spring. The magazine editions include Humans of Pepperdine, Everyday Feminism, Challenging Perceptions of Light & Darkness, The Power of Art, Worship, Food, and Vox Populi — The Voice of the People. Each semester, Currents goes in depth on stories that highlight diverse members of the Pepperdine community who are often not heard from in a traditional news context.

The Pixel is the Graphic’s weekly newsletter that brings readers highlights from our top stories, a preview of outside news, notices of upcoming events and other important information — byte-sized and straight to their inbox. Sign up here.

GNews is an online quick news update show that features content from the digital site and weekly newspaper with original interviews and packages concerning the Pepperdine and Malibu/LA community. Current shows include “The Rundown,” “Career Chat” and “Weekend Watch.”

PGM Podcasts are available on platforms such as Spotify, SoundCloud and Apple Music, and they include: “The Graph,” our news podcast featuring in-depth insights into some of Pepperdine’s most prominent stories; “SportsWaves,” Malibu’s only sports talk radio show covering NFL, NBA, MLB, Pepperdine sports and more; “The Melanated Muckraker,” which explores the complexities of race and cultures and the impact these have on our lives by sharing the stories and experiences of BIPOC; and “Face to Face,” a podcast created for people to freely share their passions and ideas.

Special editions are editions of the Graphic that take a deep dive into a topic relevant to the community. These have included the By the Numbers Edition, Oceans, Faith, Drugs and special editions covering the impact of the 2018 Borderline shooting and Woolsey Fire. These special editions have been recognized with numerous national and state awards; in 2020, PGM won the College Media Association’s first Pinnacle Award for Best Diversity Coverage of the Year for our LGBTQ+ Special Edition: We Are All Human.

The Senior Edition is a standalone, all-color newsprint issue commemorating and celebrating current seniors through graduate recognition tributes. In true Pepperdinian nature, we celebrate and strive as one. See last year’s edition here.

Our organization includes local and international Pepperdine writers and video producers, along with our marketing and advertising departments. Pepperdine students create all media.

The future of journalism lives here.

Who produces the Pepperdine Graphic?

The Graphic staff is made up of over 80 students from across all majors at Pepperdine. Our team is trained in the latest journalistic techniques, and all content is student produced. The Graphic collaborates with NewsWaves TV-32.

The advisers of the Graphic are Dr. Elizabeth Smith, professor and director of Pepperdine Graphic Media, and Courtenay Stallings, assistant director of student publications. The adviser of Currents Magazine is Dr. Christina Littlefield.

Both the Graphic and Currents Magazine are in the Associated Collegiate Press Hall of Fame.

During the 2019-20 academic year, PGM won 16 state awards and 27 national awards. This included the award for Best Student Magazine by the Society of Professional Journalists for the fall 2019 issue of Currents Magazine; first place in the categories of Best Special Issue/Section, Best Print Magazine, Best Podcast and more by the California College Media Awards; and a first-place Pinnacle Award for our special edition covering Alaina Housley, the Borderline Shooting and the Woolsey Fire.

Additionally, The Malibu Times presented in 2019 its Citizens of the Year Dolphin Award to Pepperdine Graphic Media for our 2018 coverage of the Borderline shooting and Woolsey Fire.

Where can I find the Graphic?

The Pepperdine Graphic newspaper and the Pixel newsletter publish once per week, Currents magazine once per semester and the Graphic website is available 24/7. Digital copies are additionally available via Issuu.

How can I send a letter to the editor?

Letters to the Editor must bear the writer’s name, signature, class standing, major or professional standing, address and phone number (except in some circumstances determined appropriate by the Graphic). Letters must be fewer than 300 words and will be edited for syntax, grammar and brevity. Letters can be mailed to student publications or emailed to peppgraphicmedia@gmail.com.

While we do not publish letters from groups endorsing political candidates, PGM will carry letters discussing candidates and campaign issues. Columns are opinions of only the columnist.

What are Staff Editorials?

A Staff Editorial is an unsigned opinion piece written by two staff members each week that reflects a perspective supported by the entire staff of the Graphic. The Graphic staff meets weekly to discuss a diverse range of topics pertinent to the Pepperdine community. We take the time to write Staff Editorials, or “staff eds,” in the hopes of providing an informed vantage point — after careful research, reporting and discussion — of what is going on in our community. Every week, we gain knowledge through our reporting, and the staff editorial presents an opportunity for us to come together to reflect on and assess what we have learned.

To maintain the press’ role as a watchdog of the government, no PGM student or editorial staff may hold a position on the Student Government Association or campaign as an SGA candidate. As a Pepperdine student, any staff member may attend SGA events and vote in SGA elections; however, staff members may not publicly support or show favoritism toward any candidate during SGA political campaigns and must make it clear they neither speak for nor represent PGM. Display of public favoritism, real or apparent, could lead to termination.

PGM does not remove content from any of our websites once it has been published, and the Graphic prohibits pen names.

No member of PGM shall be subject to harassment (including sexual harassment), abusive language, bullying or intimidation.

PGM accepts, and in fact encourages, reader and listener feedback in all forms. PGM reserves the right to review any feedback before publishing or posting and may also remove comments made to articles on social media platforms if they do not meet the standards set by the guidelines on the website (any obscene language, language that is explicitly offensive with racial or sexist comments, etc.). We retain the right to remove comments as the editorial leadership sees fit. Additionally, PGM does not allow for comments to be posted on content found on the website; rather, comments are directed to our social media platforms.

To submit a correction, please send a note to peppgraphicmedia@gmail.com along with your first and last name, department, year, major and correction.