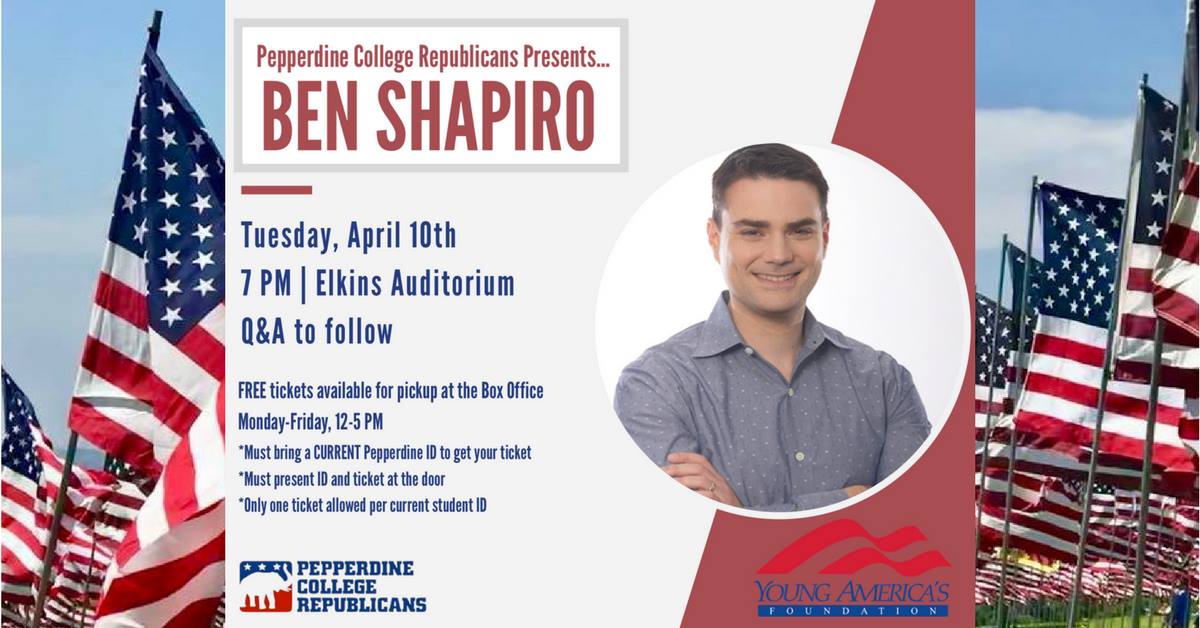 The group talked about those who agree with and oppose Shapiro’s views having appropriate dialogue and behavior among the diverse beliefs. Junior Valentine Douglas said he is most excited to be in the same room as those who disagree on certain topics.

“We will be able to come, give our experiences, perceptions and beliefs in front of those students,” Douglas said. “So they can see that we are more than capable of having a positive discourse and want to have that dialogue with them.”

Spirituality was brought up several times throughout the night, in consideration of Pepperdine being a Christian campus historically aligned with the Churches of Christ. They discussed Pepperdine being represented as respectful and not being compared to events such as those at University of California, Berkeley, where protests erupted that led to several students being arrested, according to USA Today.

This event was organized by College Republicans working together with College Democrats, Neiman said.

“It’s to combat this stereotype, or this belief that people say Republican and conservative voices are oppressed on college campuses,” Neiman said. “We really want to make sure that’s not the message Pepperdine is sending out into the world.”

Welch came to the meeting to go over the details of the event and answer questions students had about the event.

The goal of the event is “successfully executing free speech on college campuses amidst diverse viewpoints,” Welch said. Shapiro will talk for approximately 30 minutes. Afterward, Shapiro’s policy is those who disagree with him will get to ask questions first.

Welch said he will be the mediator during the question-and-answer portion of the event, and he has been trained to handle “out-of-hand” conversations among both Shapiro and the audience.

An attendee of the meeting asked if those opposing Shapiro at the event should wear a certain color in solidarity with one another, but the group decided to wear Pepperdine gear to “represent the school is united as a whole.”

Shapiro’s event will be Tuesday, April 10 at 7 p.m. in Elkins. Tickets are sold out and must be presented with a student ID at the door.