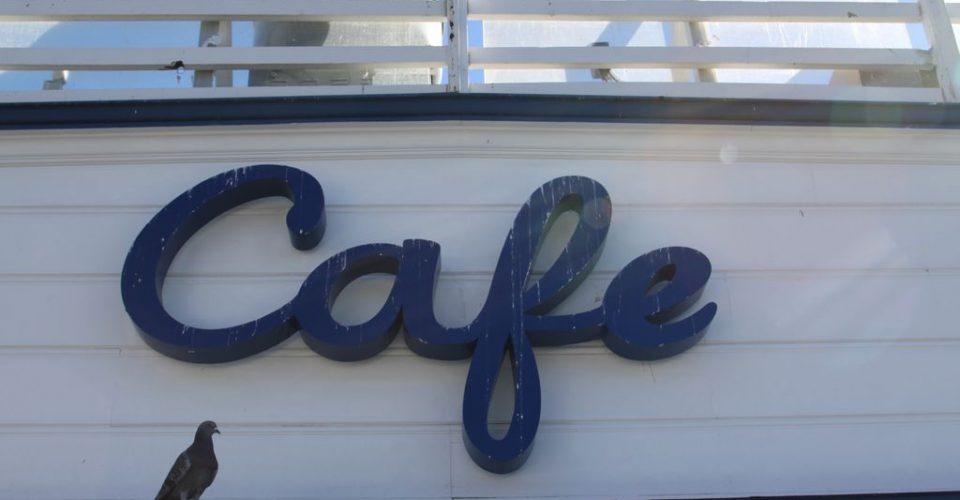 Helene Henderson’s Malibu Farm began in 2011 as an onsite catering company. The Farm’s first dinner party consisted of 67 people. Fast-forward to Aug. 2013, and the company popular for their pop-up meals is now a fixture on the Malibu pier serving hundreds of customers per day.

“It sounds funny to say that this thing grew organically since we’re an organic restaurant, but it really did,” said Marco Valdovinos, one of the cafe’s managers.

Henderson’s catering company expanded their services in August to a cafe located on Malibu’s historic pier. Malibu Farm Cafe is currently only open for breakfast and lunch select days of the week, but they expect to be open for dinner and have a full liquor license by mid-December. Henderson, the chef and proprietor of Malibu Farm, is also the author of The Swedish Table, a cookbook featuring refined and light versions of traditional Swedish dishes.

The cafe is managed by two Pepperdine alumni, Valdovinos (‘09) and Steve Kim (‘13). Valdovinos, 26, worked the very first farm dinner that Henderson hosted, and he’s worked for the magic that is Malibu Farm ever since.

The chic cafe recently made Vogue’s Most Wanted list, among being recognized by more than a dozen other magazines and blogs. Kim, 22, attributes the cafe’s sudden success to the popularity of their catered Malibu Farm dinners. He credits the dinners for cultivating a “local following.”

“They’re all our biggest supporters and they’re our repeat customers,” Kim said. The cafe also has a celebrity following, too. Repeat customers include Julia Roberts, Owen Wilson and Sean Penn.

The cafe caters to a health-conscious clientele that is native to Malibu and the greater Los Angeles area. The cafe’s mantra is “Fresh. Organic. Local.” Henderson moved from Sweden to Malibu in 2008. She began organizing dinner parties and teaching cooking classes at her farm. Next thing she knew, Malibu Farm was born.

The company locally sources all of their produce, and actively practices the “farm to table” concept. Every week, they handpick their products from a local farmer’s market.

Plates range from $8 to $18. “It’s not cheap to get organic certified produce and poultry. It’s really expensive,” Kim said. He says for the quality of food that Malibu Farm produces, the prices are actually quite affordable.

“We’re kind of bringing life to the pier,” Kim said. Malibu Beach Supply Co., a souvenir shop, has been the pier’s only business after the closure of Ruby’s and the Beachcomber Cafe in 2011. The concessionaire of the Malibu pier, Alexander Leff, told the Malibu Times that he didn’t want to fill the vacancy with another tourist destination.

Kim believes that the Farm’s focus on locality is what sets them apart from past pier vendors. He says that the management and staff are like a “cohesive family.”

Valdovinos recruited Kim to work at Malibu Farm. “It just kind of made sense bringing him on board,” Valdovinos said. Both men are members of the Lambda Sigma Chapter of Psi Upsilon, a fraternity at Pepperdine. The principles of their service-oriented fraternity have followed the two well past college. Kim says he and Valdovinos not only manage the cafe, but they also bus tables, run food, take phone calls and orders, etc. “We do it all… and we don’t mind it.”

Bottom line: If you happen to take a day trip to the ‘Bu, stop by Malibu Farm Cafe. It’s perhaps the most Instagrammable cafe on the Pacific Coast Highway. The cafe conveys that effortlessly cool, California vibe. And, if you’re lucky enough, you might just capture it in a sip of your Caffe Luxxe cappuccino.

Whitney Ashton and Danielle DiMeglio discuss off-campus meal points, the search for a new provost and a new Pepperdine International...
Copyright 2018 Pepperdine Graphic
Back to top