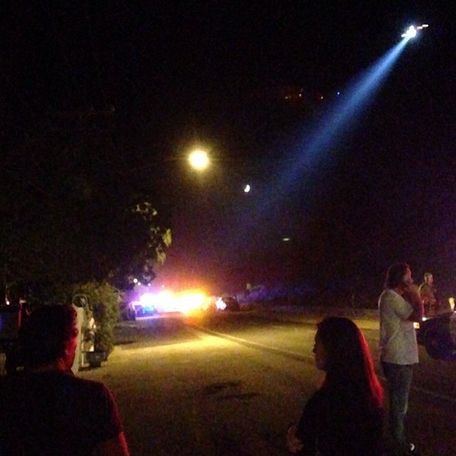 A man wanted for attempted kidnapping, shooting and leading officers on a police chase was arrested around 9 p.m. in Malibu on Wednesday. The suspect led officers on a high-speed pursuit beginning in Chatsworth. He was wanted for attempted kidnapping and shooting an officer from an unidentified agency in the San Fernando Valley earlier in the day.

Deputies pursued the suspect through Malibu Canyon and into Malibu Bluffs Park, located at the intersection of Pacific Coast Highway and Malibu Canyon Road. The driver clothed in a dark jacket and shorts ditched his black BMW riddled with bullets and took off on foot inside the park area. Officers surrounded the suspect and had their weapons drawn at approximately 8:30 p.m.

Police, sheriffs and California Highway Patrol worked together on scene. Authorities used helicopters, K-9 units, spotlights and officers on foot to track the suspect in the rough, steep terrain.

Nearby residents were advised to stay inside. Pacific Coast Highway was closed in both directions at the time of the standoff, according to Lt. Michael Williams of the Malibu/Lost Hills Sheriff’s Station. One westbound lane remained closed at Malibu Canyon Road, while eastbound PCH traffic was diverted to Malibu Road. Traffic delays were expected until at least 11 p.m., according to officials.

A text message was sent to the Pepperdine community regarding the incident at 8 p.m. The Department of Public Safety worked in conjunction with the sheriff’s department to monitor the nearby Malibu campus. Campus operations returned “to normal” around 9:30 p.m., according to DPS. 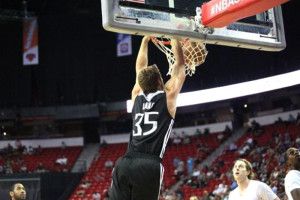 Photos Courtesy of Brendan Lane After struggling to shine as part of the UCLA men’s basketball program, Brendan Lane...
Copyright 2018 Pepperdine Graphic
Back to top