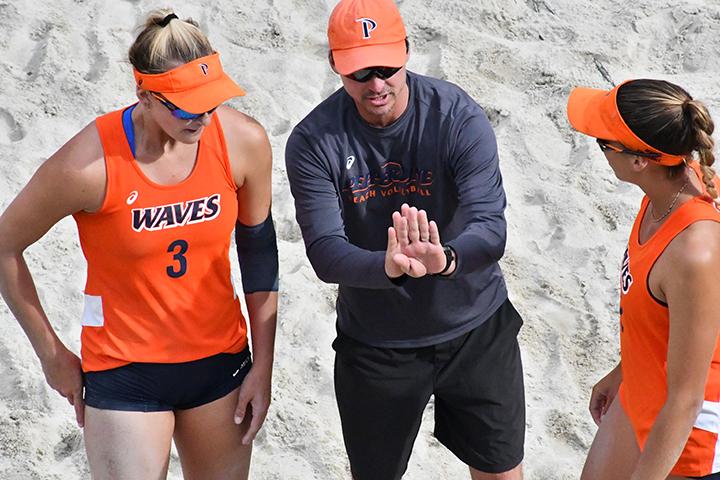 As the 2020 season approaches, Pepperdine Women’s Beach Volleyball team is more determined than ever.

The 2020 season kicks off Feb. 21 at Irvine Valley College, where the team will take on the Lasers. Waves Head Coach Marcio Sicoli carries high hopes for the upcoming season and has confidence is his players’ capabilities.

“Last season, we got our trophy taken away,” senior captain Jordan Ferrari said. “So we really want to reclaim that this year, and that’s something we’re really working toward bringing back to Pepperdine.”

In 2019, the Waves lost to both Louisiana State University 0–3 and University of Southern California 0–3 in the NCAA Championships.

“Some other stuff we are trying to improve upon from last year is working on our communication with each other and with coaches throughout the team,” Ferrari said. 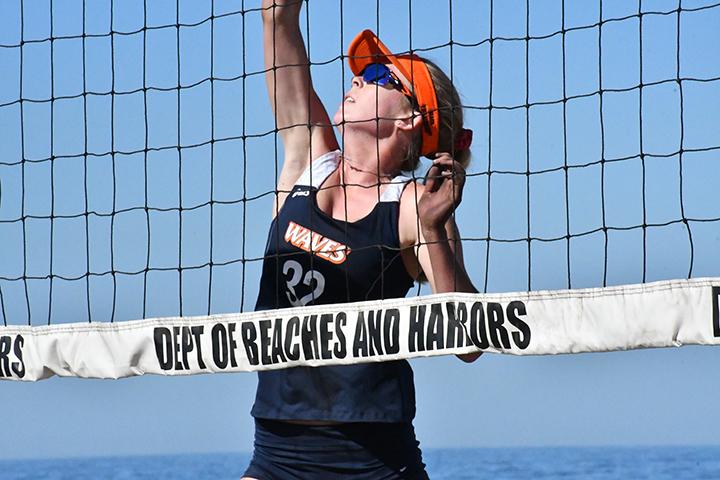 Senior Jordan Ferrari plays a ball at the net.

“Our team is super cool in the fact that everyone has a big impact no matter what grade you’re in or what level of skill you’re at,” Ferrari said. “All the way from the freshmen to the fifth-years, we need everyone.”

Mactavish, who’s paired with Skjodt, said she is eager for the upcoming season and to compete at the Division I level.

“My personal goal is to grow my confidence just because it’s my first year,” Mactavish said. “I’m a little nervous, but since my teammate is a fifth-year, she really helps me with that and is helping me grow as a player. I’m just trying to grow my level of play and gain more confidence as a player at this high of a level.”

Pepperdine’s greatest rivals for the 2020 season team are West Coast teams, ranging from Loyola Marymount University to the University of Southern California.

Through practice during the season, Sicoli said he wants to accomplish the milestones that he and his coaching staff have implemented into this year’s game plan.

“We decided to talk about milestones,” Sicoli said. “By February, we want to be 8–0. We also want to win the WCC Championship. Another one is be the top team in the west. That’s who we are. These milestones are yearly-based.”

Whatever the outcome, the team’s motivation stems from enjoying themselves both on and off the court, Ferrari said.

“If we go in with the skills that we’ve been learning all year and have the time of our lives and just enjoy what we’re doing and play for each other, then the outcome will just go the way we want it,” Ferrari said. “But we have to just focus on ourselves and not look at what [the opposition is] doing or what game plan they have. We have our own game plan, and if we stick to that, I think we’ll be successful.”

Waves Roll Above .500 With Win Over Portland 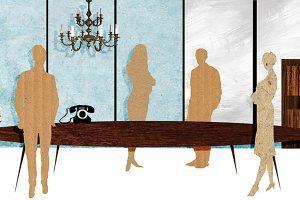 Art by Gabby DiGiovanni Though Pepperdine University is a nonprofit institution, it is still a business— and like most...
Copyright 2013 Jupiter Premium Magazine Theme
Back to top