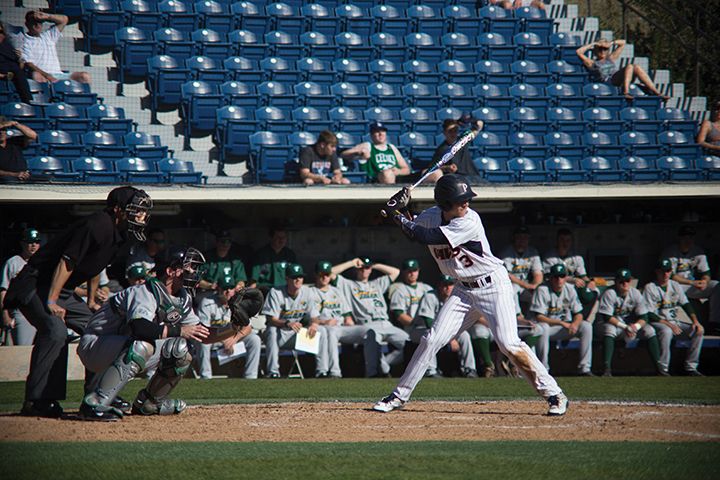 That was how long it had been since Pepperdine baseball took the field before last weekend. Last season Pepperdine finished with a record of 43-18, captured the program’s 17th WCC Championship title and made their 28th appearance in NCAA postseason and their first Super Regional since it was instated in 1999.

The Waves suffered a heartbreaking defeat against TCU in the NCAA Super Regionals in June 2014 but with a new year and a new season starting for the Waves, the baseball team opened the 2015 season with a three-game home stand against the Tulane Green Waves.

“This year is really simple: Be a very good baseball team.” Head Coach Steve Rodriguez said about the expectations he has for this season’s team.” After the run we had last season, it gave the returning guys the understanding that they can go all the way.”

In the season opener against Tulane on Friday, the Waves grabbed an early 2-0 lead in the second and third inning, as the Waves got an RBI double from sophomore infielder Manny Jefferson and a sacrifice fly from junior first baseman Brad Anderson.

Through the first five innings, it seemed like the Waves had a victory to start off the season in their hands behind a pitching gem from sophomore starter A.J. Puckett.

However, Tulane blew open the game as they chased Puckett off the mound after taking a six-run sixth inning to grab the lead. The Green Waves would score three more runs in the closing innings, but the Waves would get one more run from freshman outfielder Jordan Qsar before falling to the Green Waves 9-3 in the home opener.

In game two against Tulane, the Waves started off red hot by taking a 4-0 lead through the first four innings. Junior infielder Hutton Moyer led things off with a sacrifice fly in the first inning, then blasted a two-run home run to give the Waves a 3-0 lead.

In the fourth, Jefferson hit a sacrifice, giving Pepperdine their biggest lead of the game with four runs. Although junior right-handed pitcher Jackson McClelland had a dominant pitching performance, shutting out Tulane through six innings, he exited after a stellar sixth inning by getting out of a bases-loaded log jam from the Green Waves.

In the seventh, Moyer again would hit a solo shot out of the park, extending the Waves’ lead 5-0. However, a shift in the tide would allow Tulane to get four runs in the eighth and five in the ninth, as Tulane roared back to take the victory 9-5.

“It’s just been a slow start to the season, but I’m not too worried,” Rodriguez said. “We get off to hot starts, but it’s all about finishing the game strong.”

In the finale between Tulane and Pepperdine, it was a pitcher’s duel between Pepperdine’s Ryan Wilson and Tulane’s Tim Yandel.

Tulane got onto the board first in the fourth inning, as they scored on a single. Yandel held the Waves hitless through the first six innings, but was chased off the mound after the Waves loaded the bases with one out in the seventh. However, the Waves’ threatening position was thwarted after two strikeouts.

The Waves loaded the bases again in the eighth, but again were not able to score. Pepperdine had one more chance to take the game, but after one out and a walk in the ninth, Qsar hit for Jefferson, and he took advantage of his at-bat. With a 1-1 pitch, Qsar smashed the ball to right center and cleared the wall for his first career home run, giving the Waves a walk-off 2-1 win.

“We really struggled this weekend, and it’s always tough to watch, but that’s how we grow,” Rodriguez said. “We are a young team, and that’s what we hope to do from these sorts of games. Qsar did a phenomenal job coming through for us at the end there, though. We really needed this win.”

With the baseball team’s season now in full swing (no pun intended), the Waves will be back in action as they take on Long Beach State in a non-conference matchup before they host Butler for a weekend three-game series at Eddy D. Field. 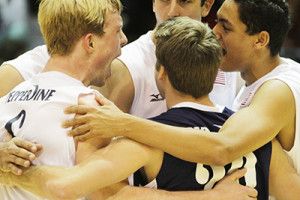 Photo by Connor Shewmake The No. 4 Men’s volleyball split a pair of road matches this weekend. The Waves shut out the UCSD...
Copyright 2018 Pepperdine Graphic
Back to top