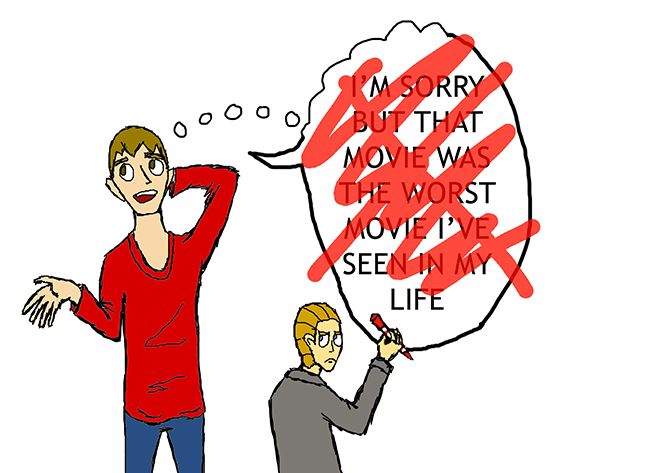 When I first entered the Pepperdine bubble as a freshman this past fall, I quickly realized how little sarcasm was appreciated and how I’d have to leave my playful banter habits back in New York, a land of blatant self-expression.

In an attempt to maintain the cheery and positive attitude that exuded from most of the students I encountered, I tabled the satire and attempted to be as outgoing and pleasant as those around me. Along with this, I censored my “inappropriate” language and kept my opinions on certain controversial topics to myself.

I’m sure for some, if not most people, that works out perfectly fine. For me, I became bored with myself very quickly. In an effort to keep things interesting, I began to speak out and censor myself less and less.

If you’re wondering if this has gotten me into trouble, the answer is an obvious yes. However, my blatant self-expression has also allowed me to weed out the individuals who couldn’t handle my straightforward personality.

One of the unexpected benefits of Pepperdine is the fact that there is such a diversity of opinions and beliefs on campus. For example, students are taking initiative to protest policies on campus pertaining to the LGBT community this past week, as well as the die-in that took place a couple weeks back. To me, these attitudes were an extremely pleasant surprise; however, for others I have met, it’s an extreme culture shock.

I went to a public high school on Long Island, surrounded by some of the most diversified, cultured and opinionated people. These were the kinds of people that I grew up around and became accustomed to. No one person had the same opinions and beliefs as the next.

There are many students on campus that had more conservative upbringings. Some went to private Christian high schools, others spent their lives surrounded by church families and so on. These individuals who have had their beliefs coddled and nurtured their entire lives are sent into the Pepperdine bubble with people like me that have differing and conflicting views.

I would never say there is anything wrong with the types of upbringings that other students have had on this campus. In fact, this compels me to learn more about the contrasting opinions and beliefs that surround me.

However, before I first came to Pepperdine, my biggest fear was being that one liberal half-Jew on campus that no one could get along with because her opinions and beliefs didn’t line up with the rest of the student population. Thankfully, Pepperdine proved me wrong.

I’m here to explain myself and why we should embrace the diverse opinions on campus instead of feeling violated by them.

Pepperdine does a really great job of being an example of what the real world is like. In the real world, there are numerous opinions that no entire generation will devotedly stand by.

Therefore, no university in the United States will have a student body that maintains one set of ideas and values, because that’s not the way the real world works. And that’s exactly what college is supposed to do for us: prepare young adults for reality.

I disagree with every single one of these claims, but I can’t ignore the fact that they are beliefs and opinions that exist in reality.

If I didn’t acknowledge the existence of these arguments that go against my personal beliefs, then I might as well form my own “Rachel Bubble” and live in it for the rest of my life. And, sadly, since that’s not a viable option, I have chosen to take a more tolerant route and live among these differing opinions in peace.

Self-expression is the only thing we have that makes us who we are, and it doesn’t have to be as blunt as mine often is.

Yet, sometimes using those often-censored explicit adjectives can allow for a more descriptive and interesting conversation, and I don’t see anything wrong with a friendly political debate among diverse opinions. In fact, both of these things are what keep humanity on its toes.

This is the real world, after all, and we should embrace it and its people’s opinions in their entirety. 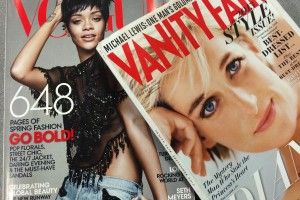 When I was in the third grade, my friends and I decided; to go on a diet. At that age, dieting meant fewer brownies, but still,...
Copyright 2013 Jupiter Premium Magazine Theme
Back to top