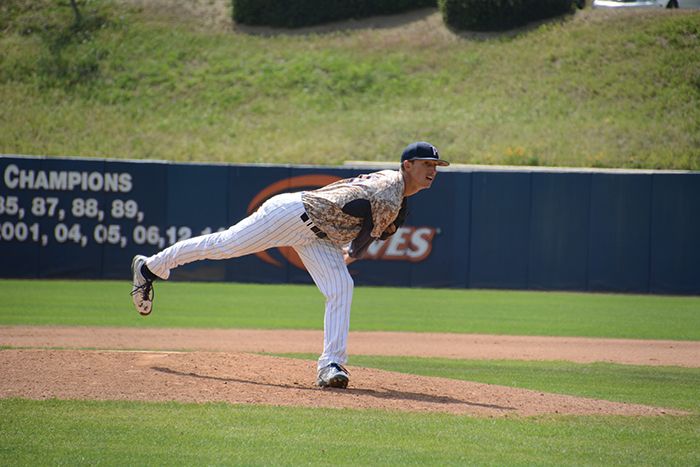 The Waves hosted the Lions in a weekend three-game series, ultimately losing the Wells Fargo PCH Cup event two games to one.

Almost halfway into the season, the Waves are now 11-14 overall and 2-4 in West Coast Conference play after two tough losses against rival LMU.

“It didn’t go as well as we would have liked with the overall result of one win and two losses. But there were several things that stood out as huge positives for this team as we look forward to the rest of the season,” sophomore outfielder Brandon Caruso said.

LMU took the first game of the three-game series on Friday, garnering a 6-4 decision.

Junior pitcher Jackson McClelland got the starting nod for the Waves, giving up only two earned runs on seven hits. McClelland, who lasted six innings, was able to garner six strikeouts in the Waves’ defense.

The Waves gained some offensive momentum to start the second inning, with sophomore shortstop Manny Jefferson delivering an RBI-groundout to get the score and make it 1-0 lead.

However, LMU pulled away with the victory with late runs in the game.

“Wilson, Blanchard and McClelland all pitched well, and the offense was really productive,” Caruso said.

Pepperdine evened the weekend series in the second game, as the Waves captured a victory in dominant fashion, 7-2.

All 9 starters for the Waves earned a hit, posting 13 total in an offensive barrage. Sophomores Aaron Barnett and Jefferson each had two RBIs to carry the Waves’ offense throughout the second game of the series.

Freshman pitcher Ryan Wilson also collected his fourth win of the season, moving him to a perfect 4-0 on the year. Wilson allowed only one earned run on seven hits and two walks, while striking out five batters.

“It was great to see Manny Jefferson continue to swing the bat well along with guys like Barnett, Yamaguchi and Qsar. So there definitely were positives from the weekend,” Caruso said.

The Lions captured the win in the third and final game of the PCH Cup, routing the Waves 14-5 to take the series.

LMU collected a season-high,seventeen hits. But the Waves put up a fight, leading the game 4-2 going into the fifth inning.

However, it wasn’t enough to stunt the unrelenting offense of LMU, who scored 10 runs in the fifth inning to take the lead and eventually the game.

Despite the losses, the Waves still have high expectations for this season, Caruso said.

“Our expectations are to be competitive every day and to work towards our goal of another WCC championship. The way to achieve that goal is by playing great defense behind solid pitching. Our offense will be there but our goal is to be the best team that we can be this season and take it game by game.” Caruso said.

The Waves hit the road to face Portland for a three-game series over the weekend.