Zella Day Sings her Soul out at The Fonda 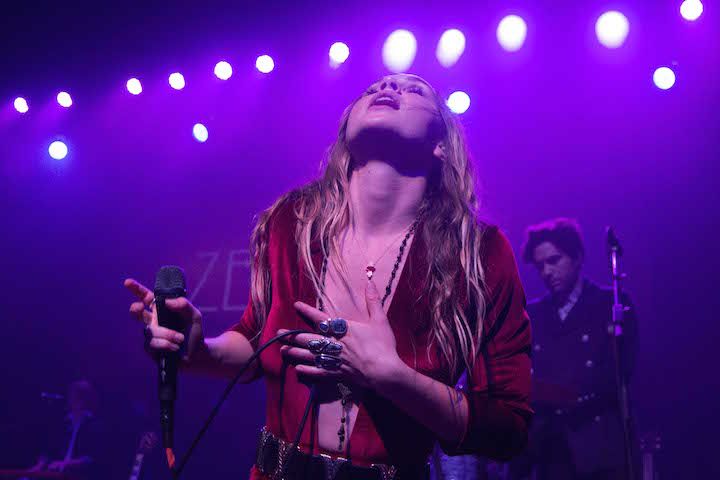 Zella Day’s red velvet jumpsuit was enough to indicate the concert was going to be good. Hair parted in hippie waves, she sang her first notes of “Sweet Ophelia” at The Fonda Theatre in LA on Tuesday night.

The indie-pop singer songwriter danced around with a ribboned tambourine. She expressed no concern for the dangerously low neckline she wore and hit each note with raw passion and emotion like a breakup happened yesterday. 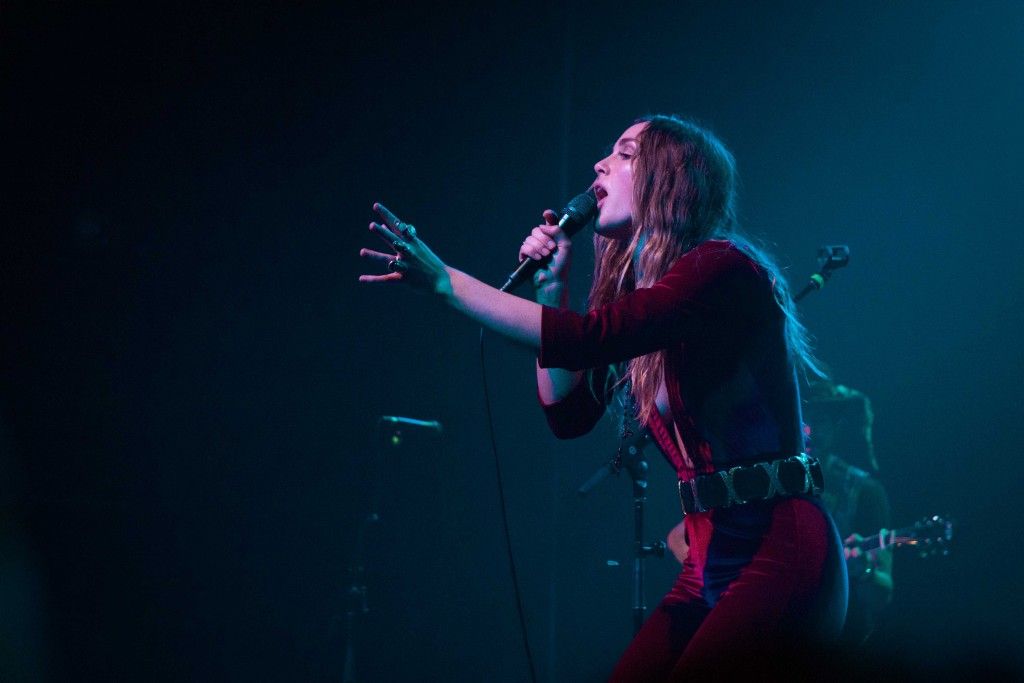 Playing at The Fonda is the equivalent of a debutante ball for emerging musicians — like a big “I’ve made it” sign — so kudos to Zella for packing the place with fans, especially considering that her entire discography can be listened to on the car ride to the concert.

With her debut album “Kicker” released June 2, Zella Day is on the rise to the ranks of Tove Lo, Halsey, Lorde and other soul sisters that are equally as glamorous as they are talented. Though Zella Day may not have the name recognition of her female counterparts, in my book, it’s only a matter of time.

Her music is inoffensively likable — not the stuff that makes your parents ask, “What the heck is this?” when it comes on in the car — but she certainly brings her own past and personality to the stage by uniquely combing synth beats with a country soul. While Zella is often compared to Lana Del Rey (specifically on her track “1965”), I’d rather classify her as a millennial Stevie Nicks. 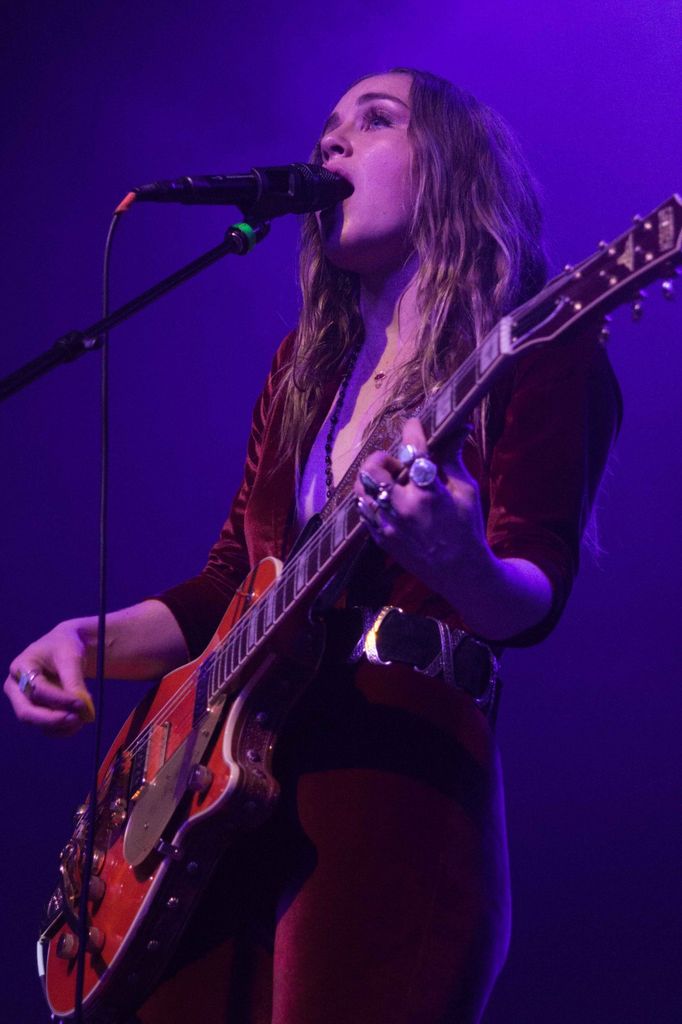 She hails from the small town of Pinetop, Ariz., if she is indeed a mere earthling. The only sign she was mortal was the glimmer of sweat that appeared on her forehead after a few songs.

The enthusiasm that was appreciated by the audience proved too much for Zella Day’s tambourine; it snapped in half mid-song, and she chucked it at the crowd as though that was a safe thing to do.

“That was my favorite tambourine,” she said after the song ended. “Take good care of it, please.”

She kept up the fire during “East of Eden” when, at the end of the bridge, the music cut and she gave a devilish laugh before the lights went out. Tambourine or no tambourine, Zella was having a blast. 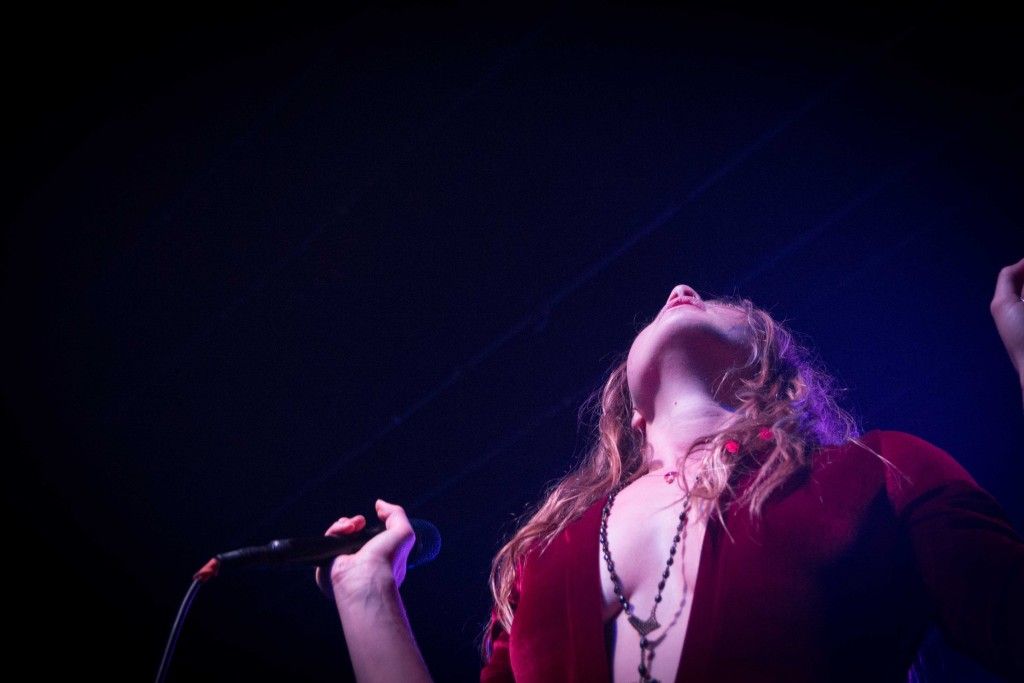 The set mellowed when Zella’s country folk roots emerged with the song “Josey Wales,” which she dedicated to her hometown, her dad and Clint Eastwood. If the whole synth-pop genre doesn’t pan out for her, homegirl could make a living playing tender western ballads any day.

Zella Day is nearing the end of a 10-month tour around the globe, just coming from Russia, which she said was “negative 17 degrees.” She mentioned at least three times how grateful she was “to be home.”

She called on the security guards to help her off the stage and into the crowd, singing a song from the audience.

Considering that she doesn’t have a plethora of music out, the set was barely over an hour. However, she did indulge us in one of her new songs called “Silver Lake Delight.”

“I’m not supposed to play this song because it’s so new that it’s scary to play,” she said, adjusting her acoustic guitar. She explained that it’s OK because she’s back in the west.

She ended with “Mustang Kids” before returning for an encore. 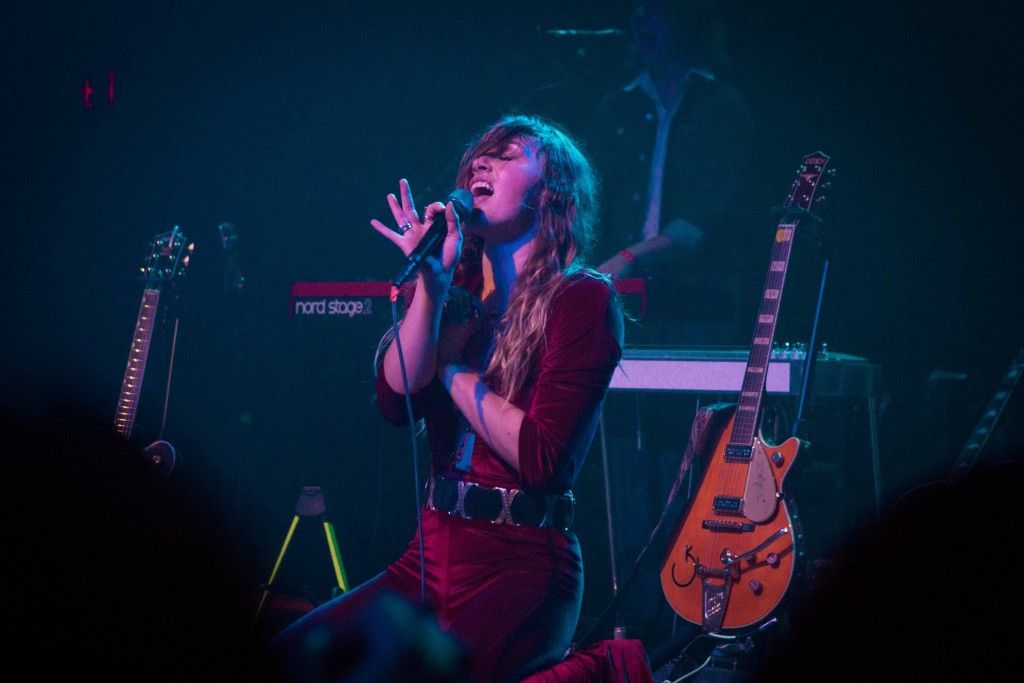 “I didn’t dress like Santa Claus for no reason,” she said before starting a vibey, sultry rendition of “Have Yourself a Merry Little Christmas.” After two more songs, she took off her mic and yelled, “Thank you so much. I love you,” to the crowd.

Though her tour is nearly over (her last concert of the year is Dec. 17 in Austin, Texas), we can expect to hear more music from Zella soon. This chick won’t be under the sonic radar for long.

The Foals Crowdsurf to Stardom 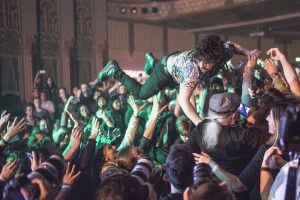 The Foals Crowdsurf to Stardom