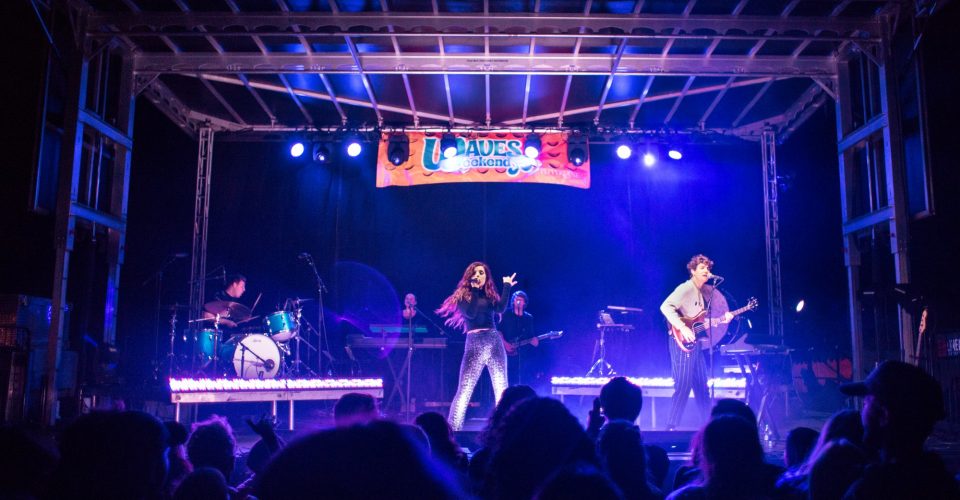 The term false idol has a distinctly religious and antiquated connotation. A picture of a pagan dance circle surrounding a golden statue or some other generally heathen mental image fill the mind.

However, Erich Fromm, German-American psychoanalyst and philosopher, argued that idolatry is alive and well in today’s society, albeit in increasingly inconspicuous forms.

“The idols against which the Old Testament prophets fought were idols in stone or wood, or trees or hills,” Fromm wrote in his book, “The Revolution of Hope.” “The idols of our day are leaders, institutions, especially the State, the nation, production, law and order, and every man-made thing.”

The definition of an idol is “an object of extreme devotion” or “a representation or symbol of an object of worship,” according to the Merriam-Webster dictionary.

Pepperdine Religion Professor Raymond Carr builds off of Fromm’s book and offers an intriguing definition that demythologizes the concept of idolatry.

The concept of idolatry is universally relatable to mankind. Whether religious, nonreligious and anything in between, people put their time and attention toward things that alienate them from their true purposes. 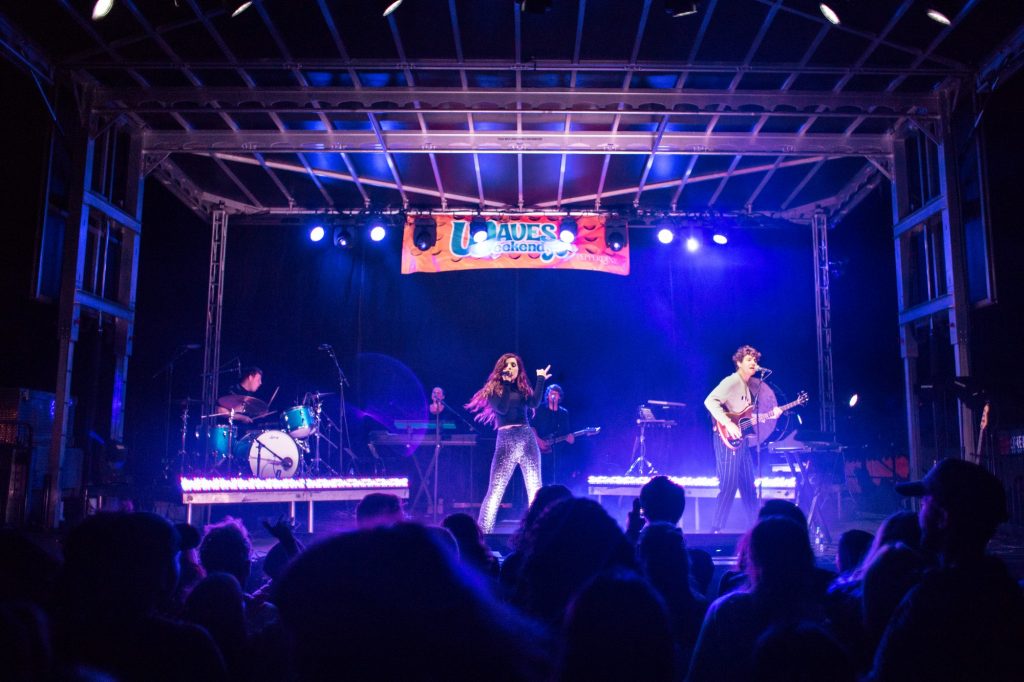 The Oscars, the NBA Finals, the Country Music Awards and the Super Bowl have one thing in common: celebrities.

Just these few events represent staggering numbers of cash spent on advertising, outfitting, programming and merchandise. Whether it’s film, sports or music, society gives its dollars and attention to celebrities. The nation’s relationship with the famous is difficult to define.

“I think I’ve had a lot of experience with friends worshipping celebrities,” senior Sterling Gualtieri said. “A lot of it is subconsciously. I don’t think they mean to worship these people or look at them as an idol but I think that once you begin obsessing with a celebrity and look at them daily, it’s basically worship.”

While students indicated a strong belief that their peers have problems with celebrity worship, few self-identified with this issue.

In a poll of 141 Pepperdine students, less than 8 percent felt they worship celebrities to a dangerous degree in their own lives.

Several students cited social media as a major player in bringing celebrities to the forefront of their everyday lives.

“They are always on the face of things, in the news and all over your phone,” junior Sydney Scherler said. “It’s easy to say, ‘Oh, I want to be just like them and do what they do.’”

Film Studies Professor Stephen Parmelee said the celebrity fascination can be traced back to the early 1900s, with the rise of movie stars. In the very beginning of film history, there was hardly even an effort to mention the actors’ names during the film. However, movie producers began to catch on to the money-making power of certain actors. Parmelee said this is when the idea of a movie star was born.

“By the ‘20s and ‘30s, movie stars began to basically be seen as minor gods and goddesses,” Parmelee said.

Situated near Los Angeles, Pepperdine shares the same locale of many celebrities’ homes and workplaces. Gualtieri attends and serves at a Christian church called Churchome, well known as the religious community of several celebrities, such as Justin Bieber, Kourtney Kardashian and Patrick Schwarzenegger.

After several incidents of fans coming to the church and taking photos of celebrities worshipping, Gualtieri said Pastor Judah Smith gave a sermon on a passage in the Bible about “the least of these.” The Matthew 25:31-46 passage traditionally teaches Christians to care for the poor and needy; however, the pastor took a new look at the meaning of the passage.

Although Gualtieri touched on how celebrity worship may harm famous individuals themselves, other students focused on the negative effect for the worshipper. Several students equated idolizing celebrities with envying them.

“When I think of idolizing celebrities, I think of some of my friends that literally emulate how they dress and want to be exactly like them,” junior Roman Morales said. “I even have a friend that tries to walk just like her favorite celebrities.”

Junior Kammi Calhoun said she thinks some people try “to shape their actual lives based on what they see celebrities do” and “thinks it would be their ultimate happiness to be just like them.”

Modern celebrities sport different skill sets – from musical to athletic inclinations – that could be objects of the commoner’s envy. Nevertheless, it is the celebrities’ fame, rather than skill, that often commands people’s respect, Parmelee said.

“Their opinions are sought after,” Parmelee said. “I’m not sure why we believe just because they are popular that it gives them extra expertise in various issues.”

The film professor was referring to how celebrities often speak in court, on social media or even to national leaders about subjects which no one would typically value their opinion on, if it were not for their stardom.

“There’s no question that our global society ascribes a lot of our lives to celebrities,” Parmelee said. 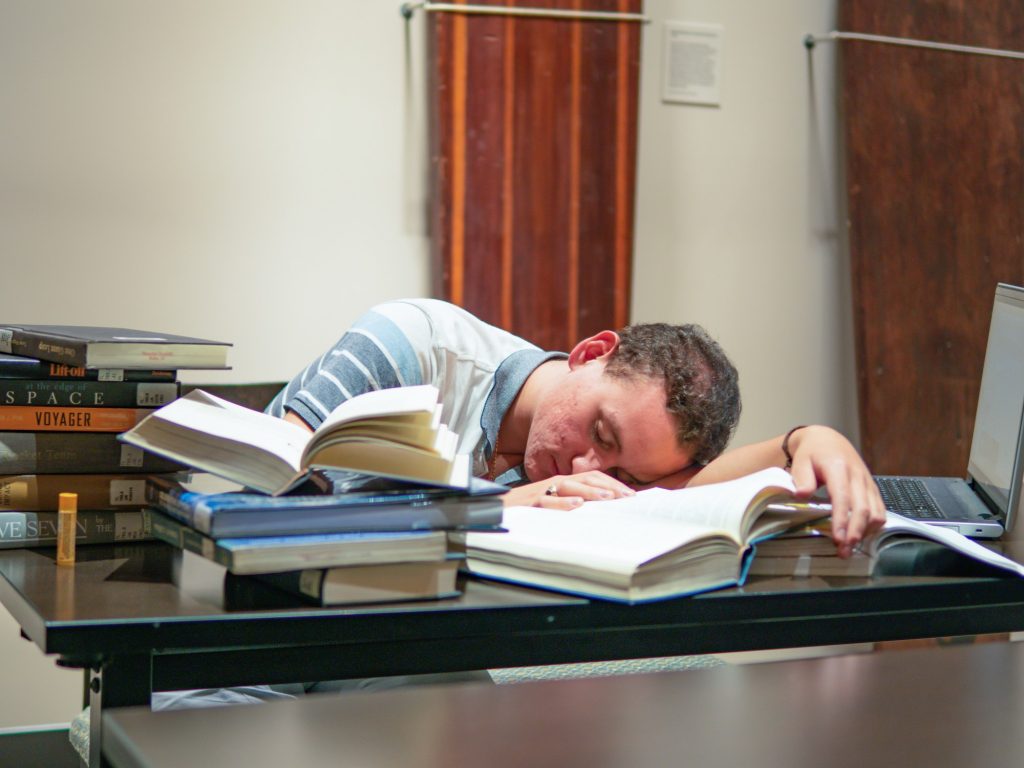 Figures in a bank account. Numbers that follow GPA on a resume. Followers on Instagram. These are just some numerical examples of ways that people envision success.

The unembellished Merriam-Webster dictionary definition of success is “a favorable or desired outcome.” This leaves the door open for endless personal and societal interpretation. According to this definition, the idea of true success can vary drastically from society to society, person to person and even day to day.

No matter how one defines success, it seems to be a substantial preoccupation for many Pepperdine students.

A Currents poll of 141 students found that roughly 44 percent worship success to a dangerous degree in their lives and 18 percent consider success as the most important thing in their lives.

However, the main problem many students find with idolization of success was not the desire or pursuit of success itself but the misperception of what true success is.

Religion Professor Raymond Carr spoke about this misperception of success in American society.

“The first problem with the idea of success as an idol is our notion of success is this: it’s incremental. It means things are always getting better,” Carr said. “Something is out there that is determining success by prosperity.”

Although the idea of American success may conjure up thoughts of Wall Street, several individuals talked about what idolizing success looks like in college.

Junior Emily Tran said when she was a freshman, she often found herself becoming over-involved with extracurriculars because she liked the “successful” feeling that it gave her.

“I found myself doing things just to put them on my résumé,” Tran said. “Now, I’ve organized my priorities and dropped some things that I was just doing for the name of it.”

Junior Tinashe Nyamupingidza said she values academic success above all other areas in her life. She said she does not consider this unhealthy, unless it begins to eclipse other areas of her life completely.

“I want to spend as much time as I can studying,” Nyamupingidza said. “Sometimes I sacrifice sleep and time with friends to make sure I can maintain my GPA.”

“We’ve come to think of success as very individualistic and we see it in a comparative way,” Wang said.

Several students said the balance between healthy success and success idolatry is difficult to define. As junior Beatrice Horas pointed out, if someone is attending Pepperdine University, they must be striving for success in some way through their studies. For Horas, healthy success means eliminating greed.

“I would consider true success viewing money as something that comes along with passion in a healthy balance,” Lempert said. “You need to define that for yourself personally and not as a third-party expectation.”

Carr summed up America’s skewed sense of success in a few words. 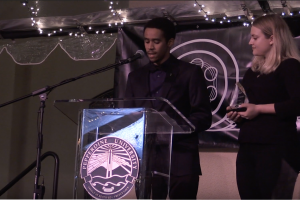 Storytelling is magical! Find out who won awards at this year's Reel Stories Film Festival!
Copyright 2013 Jupiter Premium Magazine Theme
Back to top