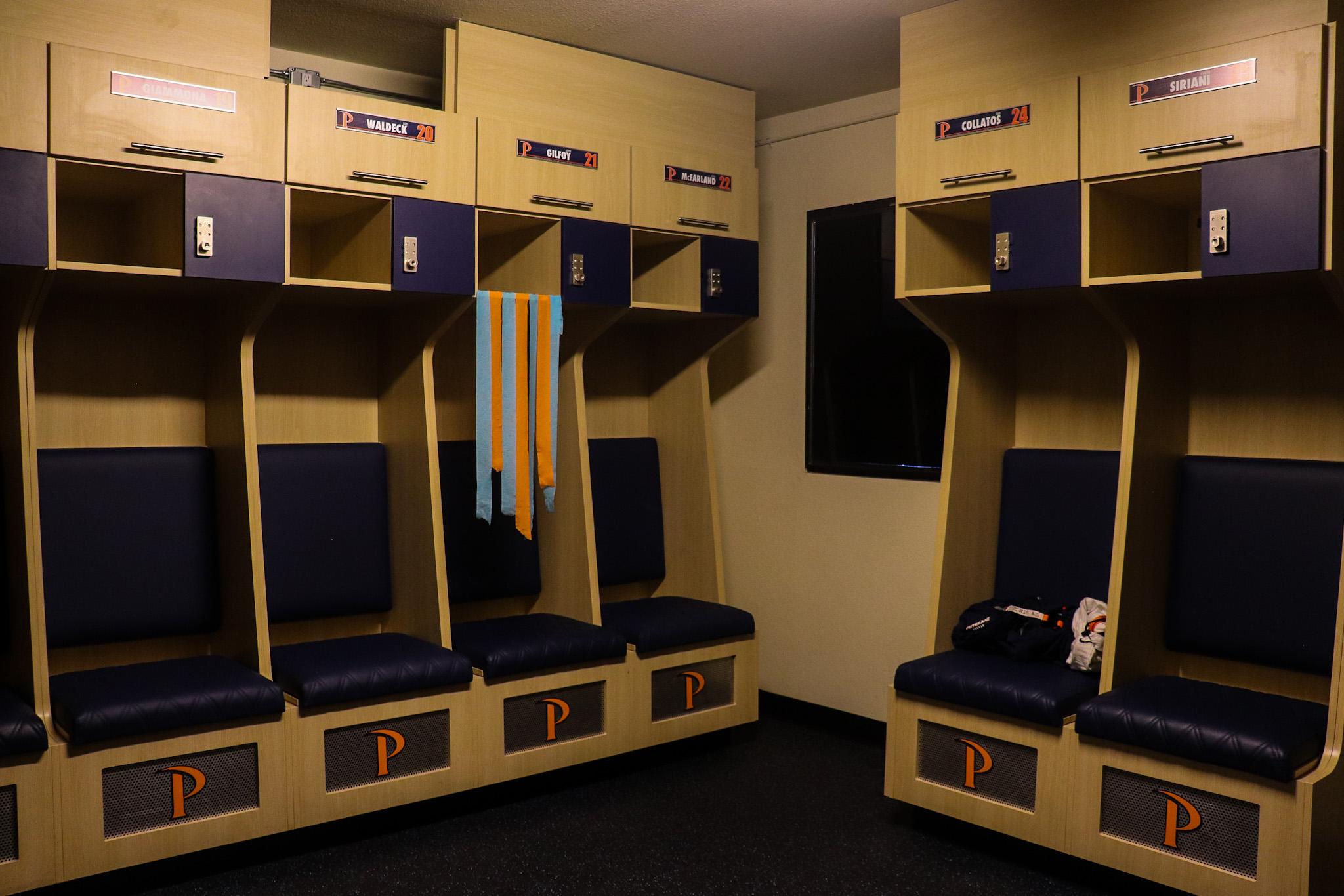 Women’s Soccer has had a very impressive season, maintaining their top 20 ranking since the start. Midway through their season, the team found out they were receiving a new locker room. Photo by Denver Patterson

In the midst of their best start in program history, the No. 13 Pepperdine Women’s Soccer team recently received a surprise: New locker room facilities.

Once a dorm for upper-level and transfer students, the Eden House transformed part of its dorm space into the soccer team’s new locker room.

“I think this locker room is really important for our team’s unity and chemistry,” senior defender Trinity Watson said. “It was another reminder of how we are entitled to nothing, but grateful for everything.”

The new locker rooms exist in two different suites inside Eden House. The Waves use the upstairs suite, while their opponents use the one downstairs. The layout includes lockers inside two of the dorm rooms while they use the third as a treatment room for anything they might need.

Redshirt senior forward Calista Reyes said the common area is where they watch film and have team talks before and after games. It also includes showers and a bathroom, which has made their space more functional.

The Eden House was formerly the center of a sustainability project intended to house first-year and sophomore Sustainability minors. It ended up, however, becoming a place to house transfer and upper-level students as of 2018.

The Waves (15-2-1) have never had their own locker room; rather, they had been using the baseball team’s visiting locker room to prepare for games, but it was only accessible during their season.

“Getting the experience of our previous locker room — which was the baseball dugout — versus this, is truly insane,” junior forward Alex Hobbs said. “It honestly feels like our team has a new home base.”

Several players said they expect their new locker room to serve as a place for the team to join together, enjoy as their own and continue to grow.

Other teams, like Women’s Basketball and Women’s Indoor Volleyball, have their own bathroom with showers to get ready, but the Women’s Soccer team has never had that.

“I’ve been here for five seasons, and I didn’t expect to see it during my time here, so to have it during my final season felt really special,” Reyes said. “This is our first true locker room that we’ll have access to year round.”

They now have everything they need in one area, rather than before when they only had a place to put their stuff before games. The Waves players said, with this opportunity, they are very excited to have a full time space of their own. This will now allow them to spend even more time together and create an area that they have access to whenever they want, Hobbs said.

“I had my fair share of post-practice classes, and I was never able to shower — always going to one or two classes all sweaty,” Hobbs said. “I know the team is extremely grateful for the new locker room, and I am excited for what’s to come next for our program.”

After witnessing construction of a new locker room, players said they started to get the idea the construction team had been building it for them.

“We had our speculation, but our coaches convinced us that it wasn’t for us, so we had no idea,” Hobbs said. “We were all shocked when we found out; people on our team literally teared up.”

The Waves players said they were appreciative to even have had a locker room before, but this new edition will make the experience of being on the team more memorable.

“We were grateful regardless because we always had one during season; there were things in the other locker room that we made our own,” Reyes said. “A wallpaper from our 2017 WCC Championship, special seasons and our core values — but with our new one, I think it will be massive being there year round, dedicated to soccer.”

Not only is this beneficial for the players already on the team, but this could also be a potential driving force for recruiting future Waves.

“Our teams culture this year is truly special, and having our own space where we can all be together will only add to our building chemistry,” Hobbs said.

Reyes and teammates said they are hopeful it will serve as a place for the team to continue to grow together during an already impressive season.

“It’ll create a sanctuary for the team,” Reyes said. “Having a space for special moments, talks and memories is so important in a program’s culture. It feels like a reward for the program’s hard work all these years.”

The Waves will be finishing off conference play with a game Saturday, Nov. 6 against BYU.