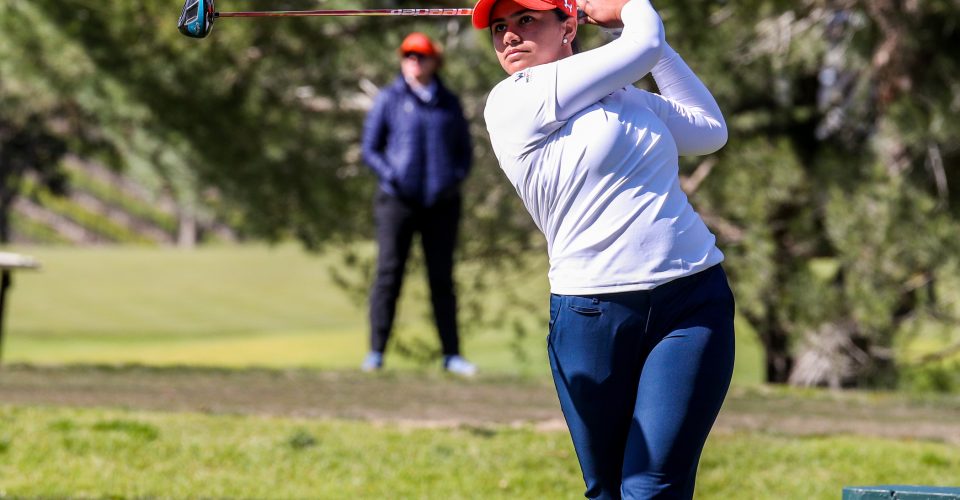 Pepperdine Women’s golf got off to a slow start in their spring season with ninth and sixth place finishes at the Bruin Wave Invitational in San Luis Obispo on Feb. 25 and 26 and the Juli Inkster Invitational hosted by the University of San Francisco March 18 and 19.

The team also played in the Lamkin Invitational hosted by San Diego State Monday through Wednesday. Good performances in the stroke round earned the Waves the top seed in the match play, but they lost to eighth seeded Sacramento State 3.5-1.5.

Freshman Kathrine Chan finished first on the team at the Bruin Wave Invitational, finishing tied for 15th overall at 11 strokes over par after birdying three holes in the last round.

“It felt really good to have one of my best finishes there, knowing that the course is really tricky and that I really had to grind it out there,” Chan said. “I think I definitely did that and kept my head above the water and just did what I had to do.”

“[Chan] did very well, she grinded very well out there, that’s a tough golf course and a tough event too,” Naveed said. “There’s a lot of strong teams that go there. And for her to step up as a freshman and lead the way, that was very cool to see.”

Head Coach Laurie Gibbs wrote in an email that the team needed to shake off the rust after not playing in a tournament for four months.

Naveed said the San Luis Obispo Country Club, where the tournament was played, is one of the hardest courses the team plays all year.

“A lot of teams struggle — I mean the winning score wasn’t very low either,” Naveed said. “According to how tough the course was playing, we performed well. We would have liked to perform better. It wasn’t great, but it wasn’t terrible.”

The Waves had a similar performance at the Meadow Club in Fairfax, California, for the Juli Inkster Invitational.

“We were hoping to actually go out and win the tournament based off of our ranking,” Naveed said. “We played well the first day, fought through the 36 holes and then kind of didn’t perform as we would have liked to. Those things happen. You can’t win all of them.”

Naveed finished first on the team at University of San Francisco’s tournament at three strokes over par with a first round that was two under and an even third round.

“Any day that you shoot even par or under par is always a good day,” Naveed said. “I had two solid rounds out of three, which is good. [I] would’ve liked to include the second round, but you know, it’s golf.”

Although the team finished sixth out of 12 teams at the tournament, Gibbs wrote in an email that the team worked well on things that will help them once the postseason rolls around.

“I don’t know what’s going through each individual player’s mind, but 36 hole days are always very tough,” Naveed said. “You just got to grind it out and try to post a decent, respectable number.”

Unlike the other spring tournaments, the Lamkin Invitational features match play. The stroke round uses normal team scoring to determine the seeds for a bracket style championship tournament. Individuals go head to head through 18 holes to try to win a point for their team.

“It’s kind of like an event where we just go out and have fun,” Naveed said. “Match play is always fun, going out and playing other teams.”

In stroke play, senior Hannah Haythorne and junior Momoka Kobori tied for second place overall to lead the Waves to the No. 1 match play seed. Against Sacramento State though, Chan won with three strokes up and two holes left, Kobori tied her opponent and Haythorne, Naveed and senior Patricia Wong all lost their matchups.

“That’s a beautiful golf course,” Naveed said. “We always enjoy going up there and playing in that event. We’ve always played quite well up there, so just keep that going from previous years and hopefully we can have a strong finish in that as well.”

Gibbs said in an email that Silverado will be a good chance for the team to play against a strong field and work on the little things to prepare for the postseason.

“Each of us individually has something to improve on specifically,” Chan said. “It could be your wedge shots, short game, putting or even just hitting the ball.”

The Silverado Showdown is the Waves’ last tournament before the West Coast Conference and NCAA Regional tournaments. Despite the sluggish start to the spring, Naveed said she thinks the team is on the right track.

“I think everyone is putting in their work in practice and it’s really showing,” Naveed said. “Practices are really good. If we can just integrate that a little better into our tournaments, I think that’s where we’ll step up and perform and give a good fight to the other teams.”

Chan also feels confident the team will be ready for the Regional and qualify for the NCAA National Championships.

“It takes a lot of effort, a lot of grinding and practice,” Chan said. “But overall, I believe that we can do it.” 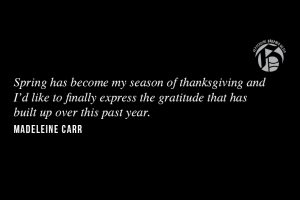 I didn't have a Thanksgiving this past fall. Sure, I had turkey and pie, but I was spending so much time thinking about what...
Copyright 2013 Jupiter Premium Magazine Theme
Back to top