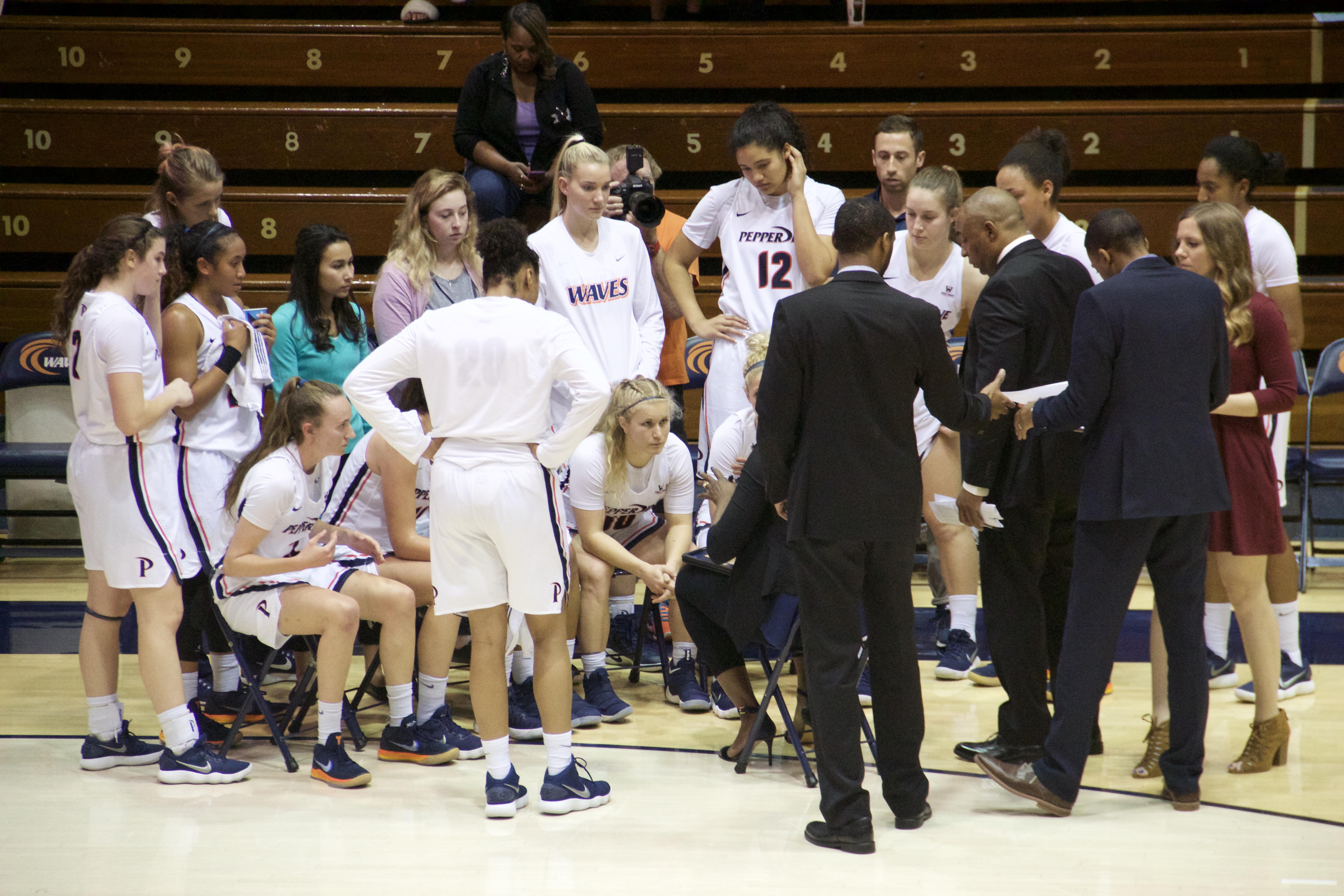 Robinson-Bacote hits the 1,000 career point mark in today’s 82-75 loss to Saint Mary’s at home. Great effort from the Waves with four players in double-figures. #WavesUp https://t.co/ZDqJ4S8Wg6

“It’s amazing to be able to come out every week and represent Pepperdine in a Waves uniform,” Robinson-Bacote said. “Playing under some great head coaches and some great teammates has really allowed me to elevate my game, but at the end of the day, our goal is to win.”

With the losses, the Waves finished the season with a 9-19 overall record and a 5-13 record in West Coast Conference play. The Waves posted a 7-6 record at home, but struggled on the road, going 2-13 over the course of the season.

“It’s important to protect home court,” junior forward Yasmine Robinson-Bacote said. “However, our road record is reflective on our success, since playing on the road is a much tougher environment and [it] shows what our team is really about.”

The Waves played their final home game of the season on Thursday, hosting Saint Mary’s. Four Waves scored in double-digits, led by sophomore guard Paige Fecske’s 17 points on 7-of-12 shooting to go along with six assists, but Pepperdine dropped the match, 82-75.

Senior guard Kim Jacobs scored Pepperdine’s first point, but Saint Mary’s took a huge 12-0 run to go up 14-5. However, freshman guard Rose Pflug and Fecske heated up late, scoring the final twelve points for the Waves to cut the deficit, 21-17.

In the second, the Gaels extended the lead to double digits minutes in, but Pflug and Fecske stayed hot, trimming the lead down to two, 31-29 off Pflug’s 3 pointer. Pepperdine and Saint Mary’s traded baskets in the final minutes, but a jumper by Robinson-Bacote cut it to 37-36 entering the break.

The see-saw battle continued into the second half, with both teams going through four ties. Down the stretch, Saint Mary’s took an 8-0 run to go up, 63-59 after three. The Waves and Gaels again traded the lead four times in the opening minutes of the fourth, but Pepperdine kept the score within striking distance before Saint Mary’s pulled away late, taking the game 82-75.

In the final tune-up before the WCC Tournament, the Waves fell to Portland 82-58 on the road. Fecske again led the Waves offense with 24 points.

Portland took an early advantage, going up 9-2, and the Pilots continued to stay hot, finishing the quarter up big, 27-7. The second quarter was much of the same, with the Pilots stretching the lead to 48-22 into halftime.

Fecske came out strong out of the break, scoring 11 of the Waves 21 points, but Portland continued to hold the lead, 70-43 after three. The Waves outscored the Pilots in the fourth, 15-12, but couldn’t rally back, with Portland taking the game, 82-58.

On the team’s mindset going into the WCC Tournament: “We have to stay hungry, energized and active,” Fecske said. “Especially if we want to keep our season alive, we have to execute the little things and communicate if we want to keep playing for the WCC crown.”

On facing Santa Clara in the WCC Tournament first round: “Santa Clara’s a great team,” Jacobs said. “They run the ball well, so we mainly have to slow down their transition game.”

Pepperdine hits the road to Las Vegas to compete in the 2018 West Coast Conference Championships against Santa Clara on Thursday, March 1 in the first round.