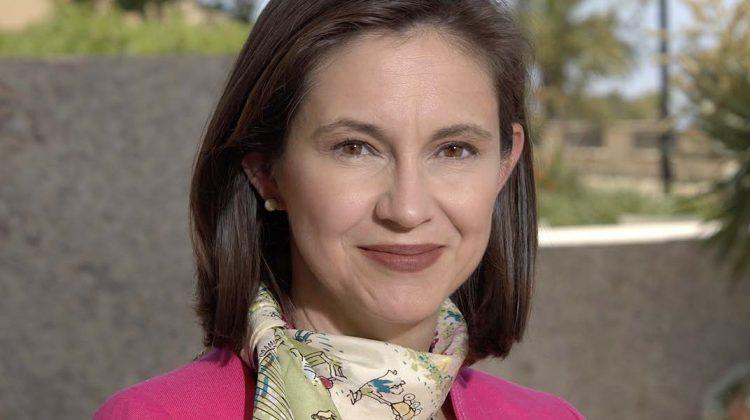 Lauren Cosentino (’97, MBA ’12) came to Pepperdine as an undergraduate student in 1993 and has been here ever since. After working in many sectors of administration, Cosentino said she is grateful for all the opportunities God has given her.

Holding the title of Chief Development Officer and Vice President for Advancement, Cosentino said she never expected to work in an administrative role when she came to Seaver to study journalism. Once she graduated, however, she said God — and mentors — led her down a path of leadership within the University.

“This is a phenomenal place — there’s no better place,” Cosentino said. “I have been deeply blessed by God leading me here to go to school, but then giving me a career and an adult life here where my family can now live and enjoy and be a part of this community.”

Working up the Administrative Ladder

Throughout the past 25 years, Cosentino has taken on several management roles, including in Insurance and Risk Human Resources, Campus Operations, the Lisa Smith Wengler Center for the Arts, the Boone Center for the Family and in advancement, in addition to committees.

Throughout the years, Cosentino said she began managing several areas of the University at the same time. She is the chair of the Threat Assessment Team — and was during COVID-19 lockdowns — along with Vice Chair of the Emergency Operations Committee, among other roles.

During her time as a student, Cosentino said just two of the number of roles she had was working with the campus Church Relations office and News Editor for the Graphic. Because she felt God was opening doors for her at Pepperdine, Cosentino said she decided to continue working at the University and use her journalism degree writing for Pepperdine’s Pacific Church News magazine.

“I can’t be lazy and just not care about something,” Cosentino said. “I have a very strong sense that this work is a moral obligation and I’m a steward of something important and so to me, my work is very sacred.”

After about two years, Cosentino said she planned to move until Shirley Roper, the Chief of Staff, recommended her for a job in the office of Ron Phillips, who was Vice Chancellor. Cosentino said she took the promotion and worked in the Vice Chancellor’s office in advancement for nearly seven years, with Phillips acting as her mentor in leadership. Philips also introduced Cosentino to her husband, Marco Cosentino, who is a double alum as well.

Cosentino said she hopes her children carry on the legacy of attending Pepperdine. As a lifelong member of the Church of Christ and someone who prioritizes education, hard work and morality in her daily life, Cosentino said Pepperdine aligns well with her personal and professional values.

Her time in this position inspired Cosentino to build a career in administrative work and spark a particular love for advancement — a field she said she never expected to go into until God guided her toward it.

“This is purpose-driven work,” Cosentino said. “What could be better than representing Pepperdine and inviting other people to come and join and support this place?”

Being a Woman with Responsibility

Cosentino said she cherishes all of her roles, but her love for the University is the primary reason for that. As someone with responsibility, she said she appreciates how Pepperdine always places doing what is right before doing what will benefit the school or administration.

“​​I always felt like, if I had the same job description at another school, I wouldn’t do that [job] and I wouldn’t be [working] there,” Cosentino said. “If it were a for-profit company, and I was the chief HR officer, I wouldn’t do it. It’s only because it’s Pepperdine that this is important and meaningful to me.”

As a woman, Cosentino said she has female mentors in her personal life, but those who led her to her professional success were men.

“All expectations have been exceeded by Pepperdine,” Cosentino said. “It started with God giving me very important mentors who were Christian men — godly people who saw it as a responsibility to train up the next generation of people to take these roles.”

For young women at Seaver hoping to find success, Cosentino said to be open to what life has to offer. She said being stuck on an idea of what one’s life will look like can distract from the most exciting things God has in store for them.

“My career path is not orthodox — it’s bizarre and weird,” Cosentino said. “But each job prepared me for the next job, and you couldn’t plan that. That was all God, and it was having good mentors. I did not need to find a mentor who looked just like me and was my same gender.”

Cosentino is a mother to three children and a wife, and she said there is no such thing as work-life balance. She said she tries not to put pressure on being the best and instead relies on God’s ability to give her what she can handle.

“However many hours you’re going to work, those are your waking hours away from your family and friends, your children, your hobbies,” Cosentino said. “Make it worthwhile. Don’t do something just because it’s a paycheck — that’s a waste. Find something that you’re passionate about and where you feel like, ‘These people are my people and their values align with what I believe.’”