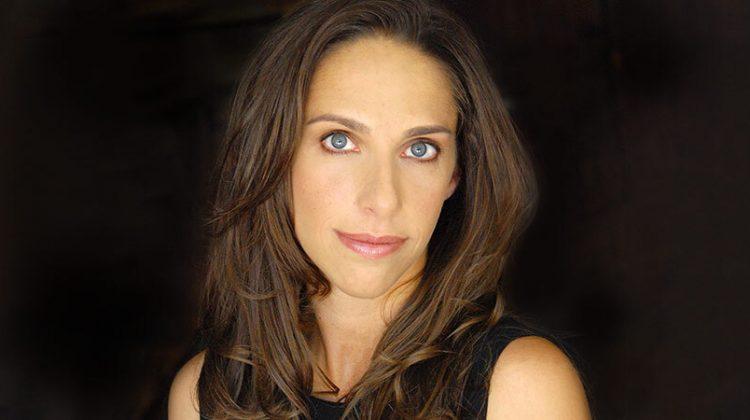 Chief Business Officer Nicolle Taylor poses for her University headshot. Taylor said she worked at an investment firm and owned a graphic design company before she realized Pepperdine was the right place for her. Photo courtesy of Pepperdine University

In 2014, Pepperdine’s Chief Business Officer Nicolle Taylor (‘98, JD ‘02) was standing in the cereal aisle of her local Albertsons, telling her dad she did not know if working in higher education administration was right for her. Fast forward eight years, and Taylor holds one of the highest administrative roles in executive leadership at the University.

Following a career at an investment firm and owning her own graphic design company, Taylor said she took a short-term position in 2014 at the Office of Insurance and Risk at her alma mater. Taylor said she always enjoyed strategic thinking and management, but never considered higher education until the opportunity presented itself.

“I wasn’t sure I understood higher ed enough to be part of these circles,” Taylor said. “I also had probably a skewed version in my head of what higher ed actually was — I wasn’t sure that higher ed would hold people to these high standards of excellence that I had experienced in my other positions. […] The thought was certainly dispelled when I came to Pepperdine and I saw the levels of excellence and the drive to do the best work that we can.”

Finding Her Way Back to Pepperdine

Taylor’s role in the administration covers a plethora of areas of the University, she said, including Human Resources, the Center for Sustainability, Special Programs, governmental and regulatory affairs, the Graduate campuses, real estate operations and partnerships such as dining services, the Campus Bookstore and Villa Graziadio Executive Center.

Because she manages a variety of areas within the University, Taylor said her job always keeps her on her feet, which surprised her. She said she enjoys the excitement of working with different people around campus.

“Thanks to Pepperdine specifically, I realized that [administrative work] is so creative, and in particular the business opportunities within the roles and administration have been really interesting to me and gratifying,” Taylor said. “They really bring something new every day.”

Taylor said she was originally filling in for someone on paternity leave and did not have a plan to stay at Pepperdine. When she was offered another temporary position, she was hesitant to accept.

“[Chief Operations Officer] Phil Philips offered me an opportunity to work with his office in a short-term role, and I honestly wasn’t sure I was going to do that,” Taylor said. “I thought, ‘My goodness, I don’t want to be known as someone who’s just willing to take part-time positions.'”

Once she thought more about her experiences as a double alum, Taylor said she decided to take the job. Ultimately, that position led Taylor to climb her way up to the top of the administration, she said.

“I would say it has been a combination of right time, right place, and then some really good leadership opportunities from Phil Phillips, Gary Hanson and others in our division,” Taylor said.

Responsibility of Being a Leader

With power comes responsibility, but Taylor said she appreciates being able to problem-solve and listen to input from the Pepperdine community when making decisions.

“We have so many diverse viewpoints about issues on our campus, and so I think a lot about making sure that we are not only considering those viewpoints but creating a community that celebrates them and allows for the best version of Pepperdine,” Taylor said.

Taylor said her competitive nature and the intelligent people she works with push her to always be better. A significant part of finding success, Taylor said, is not only presenting oneself well, but also being knowledgeable in one’s field.

“Competence is confidence,” Taylor said. “When I go into a room, I can feel extraordinarily competent talking to whomever if I have understood the material and I know it backwards and forwards and I am able to speak to it intelligently.”

Taylor said it is also important to prioritize one’s personal well-being outside of work to be accomplished within the office. She said she recharges by taking time for herself, running outside and being around friends who are not from Pepperdine.

“While Pepperdine is the ultimate community — I mean it is so wonderful — it is nice to be able to get away from work just a little bit too,” Taylor said. “It’s a challenge and I think you have to be very intentional about it, but I think it makes you better when you do.”

As a woman who has had success not only in higher education but also in other fields, Taylor said the best advice she can give is not to adopt negative stereotypes about women.

“[Young women] think, ‘I’m not able to get a job because I’m not a man,’” Taylor said. “If you’re thinking that, just stop thinking that. We have so many great role models out there and if no other voices are telling you, let me be the voice to say you can absolutely have whatever you want.”

Being a leader does not mean working alone, Taylor said. In Taylor’s opinion, anything done well involved a team effort, she said.

“Someone said, ‘A rising tide raises all boats,’” Taylor said. “There is so much value in collaboration. Certainly as a leader, there’s a point of accountability — someone has to be ultimately responsible for the end result. But relying on the wisdom and the good opinions and the thoughtful feedback of other people really gives you the confidence to be able to move forward on things that you may not have been familiar with.”