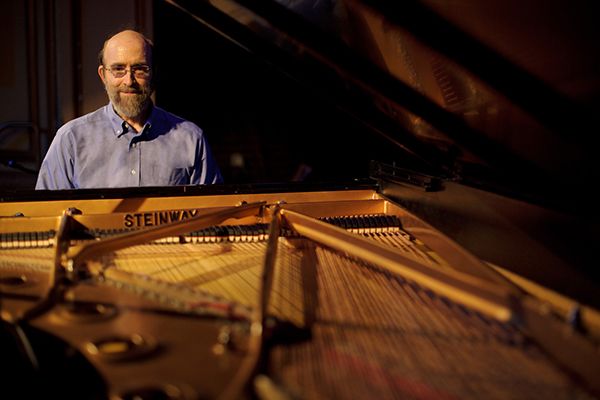 Winston will be performing selections of his soulful piano recordings along with R&B piano, stride piano, Vince Guaraldi’s “Peanuts” pieces and more. Winston will not only be playing solo piano pieces but also some Hawaiian slack key guitar.

Winston’s latest solo piano release is “Gulf Coast Blues & Impressions 2 – A Louisiana Wetlands Benefit.” This album benefits non-profit organizations helping to raise awareness and efforts to recover the loss of the Gulf Coast wetlands after the Deepwater Horizon oil spill in 2010. Part one of this album, released in 2006, benefited those affected by Hurricane Katrina. Winston has also released other benefit albums such as his 2001 release of “Remembrance – A Memorial Benefit” which benefited those affected by 9/11.

Although Winston grew up in Montana he spent his later formative years in Mississippi and Florida. In 1967, he began playing organ, taking inspiration from R&B, jazz and blues. The Doors are a major source of inpiration for him.

In 1971, Winston switched to acoustic piano, driven by legendary stride pianists Thomas “Fats” Waller and Teddy Wilson. He also came up with his own style on solo piano called “folk piano.”

Winston’s performances have been described as having a laid-back atmosphere in which Winston wins the crowd over with his style and subtlety. He concentrates on live performances, spending most of his time touring and playing solo piano, solo guitar, solo harmonica and solo piano dance concerts.

With no classes Friday, take a break with a relaxing and philanthropic performance by unconventional solo pianist George Winston. Tickets are priced at $45, $40 and $20 for the public and $10 for full-time Pepperdine students. They are available now by calling 310-506-4522 or at arts.pepperdine.edu. For more information on Winston go to www.georgewinston.com. The audience is invited to join in support of a local food bank by bringing a donation of canned food to the concert. There will be collection baskets at the entrances.