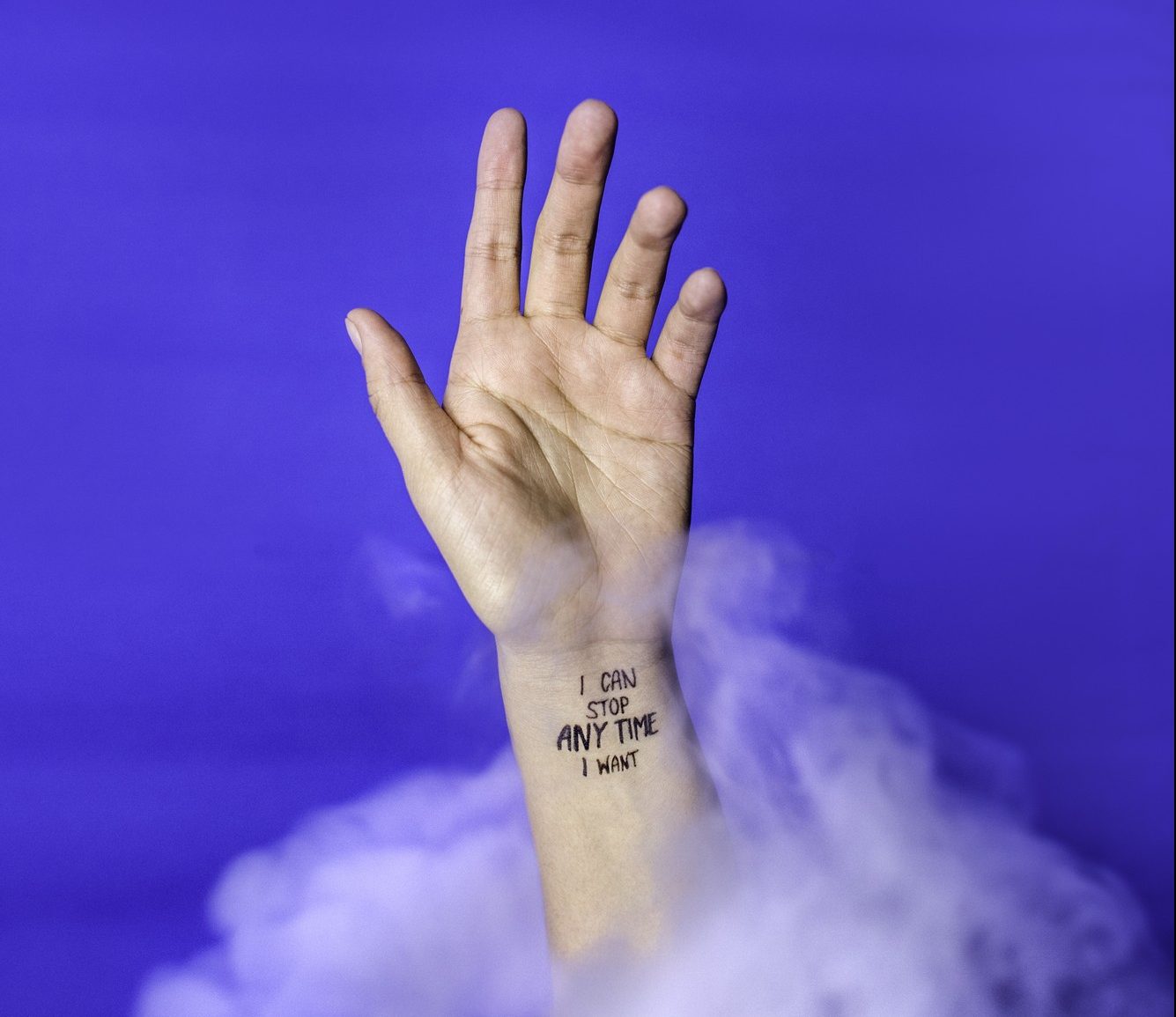 Duvall said he began smoking cigarettes during his sophomore year, while he was abroad in Florence, Italy.

“I feel like everyone did,” Duvall said. “People try it because it’s the culture.”

After Duvall returned from Italy, he had a talk with his father who helped him realize he needed to find a healthier alternative to smoking. He started “JUULing” last year.

“I definitely saw improvements,” Duvall said. “I got to the point where I even tried smoking a cigarette, and it kind of made me sick. I remember vividly stepping outside to try a cigarette for the first time in a while, and I nearly threw up.”

One may have noticed the rapidly growing amount of Pepperdine students using JUUL pens. The Centers for Disease Control and Prevention reported in June of 2018 that e-cigarette sales increased 641 percent in 2017.

E-cigarettes have long marketed themselves as the healthier alternative to smoking cigarettes. Pepperdine students admit they are addicted to their JUULs, while others are concerned for their long-term health.

The science of JUULing

“Nicotine is the drug of all drugs,” said Michael Folkerts, associate professor of Psychology. “Legal or illegal, you have the highest percent risk of continuing use even when you have information against it.”

Folkerts said nicotine, the chemical compound found in the tobacco plant, is the source of the high one experiences after smoking. It is also the addictive component.

Thirty-three percent of all tobacco users have substance abuse issues, which is the highest rate of addiction for any drug reported, Folkerts said.

Most people are familiar with the idea that smoking cigarettes results in long-term, life-altering health conditions.

“We know that continued smoking of tobacco can lead to the development of chronic diseases, cancers and cardiovascular disease,” Folkerts said. “These are profound, enduring and severe consequences.”

Folkerts emphasized the importance of dose size when comparing JUULs and cigarettes.

“One of the things I always say is dose matters,” Folkerts said. “A typical tobacco cigarette contains between 6 and 11 milligrams of nicotine, so not that much, [and] when you’re smoking, you don’t get all of that nicotine. You probably get no more than one to three milligrams that actually reach the bloodstream of a smoker.”

Each pod contains a five percent concentration of nicotine, according to the JUUL website. This is about double the amount of any other e-cigarette on the market, according to the American Academy of Family Physicians. A pod is equal to 200 puffs of a cigarette, or an entire pack of them.

Folkerts explained how the route of administration of nicotine makes all the difference when making distinctions between cigarettes and JUULs. E-cigarettes, the large umbrella under which JUULs reside, contain no tobacco and are made of plastic. The nicotine in e-cigarettes and JUULs is mixed in a solution with the chemical glycerin.

“Studies have found that when you heat up glycerin, you get toxic chemicals,” Folkerts said. “They’re toxic aldehydes.”

Formaldehyde, an aldehyde commonly used for the preserving of dead bodies, is one of the many chemicals released in e-cigarettes. Aldehydes are organic compounds made from the oxidation of alcohols, and are often used for embalming, glue and insecticides.

In addition to the physical effects of smoking, there are some psychological effects as well.

“When someone first starts smoking, there are usually negative effects,” Folkerts said. “[There is] heightened tension, arousal, lightheadedness, dizziness and even nausea. So you have to keep smoking. You have to build up somewhat of a tolerance.”

After that tolerance is built, a smoker will begin to experience positive effects, including a feeling of calmness, relaxing and hyper-functionality.

“You can get a much higher dosage [of nicotine] from just like one hit of a vape,” Duvall said. “There’s a nature of sharpening the mind, like hyper-focus.”

Again, the route of administration plays a pivotal role in how smokers can be psychologically addicted as well.

“When you’re holding a cigarette, you’re getting positive reinforcement for every puff you’re taking,” Folkerts said. “You have to take lots of puffs of this cigarette to finish it and to get to that end. So behaviorally, psychologically … all of this is setting the stage.”

Is ‘JUULing’ worse than smoking?

Folkerts said there are no studies yet that have “compared chronic vapors versus chronic tobacco smokers, with matched controls where people don’t smoke or vape at all.”

The only deduction that could possibly be made is that because e-cigarettes and JUULs don’t contain some of the same chemicals, they appear to decrease the risk of those chronic diseases caused by cigarette smoking.

“E-cigarettes and smoking are producing similar toxic chemicals by a byproduct of burning of heat,” Folkerts said. “But the amounts of those chemicals are much higher in tobacco smoke than in vaping and e-cigarette vapor.”

Folkerts said there is still a lot of work that needs to be done to determine the long-term effects of JUULing, as well as finding better alternatives.

Arguably, the most controversial aspect of JUULs is the fact that high school students are the target demographic, a fact that is under investigation by the FDA, according to The New York Times.

“2014 was a pivotal year because that’s when e-cigarette use in high schoolers superseded that of tobacco cigarettes in high school,” Folkerts said. “At its peak, it was a little over 15 percent of high school students.”

Folkerts said this spike occurred during a period where the US Food and Drug Administration (FDA) wasn’t involved in any real investigations of e-cigarettes. At this time, over 400 brands of e-cigarettes were available in over 7,000 different flavors.

Senior Katie Walker said these “fun” flavors are only one of the reasons JUULs are attractive to younger people.

“It’s all over social media,” Walker said. “People will have accounts where they can do different tricks with what they’ve smoked, and it’s appealing.”

“JUULs don’t smell bad,” Resendiz said. “It’s not an unattractive act. Most people look at it and don’t think twice, whereas if somebody sees a cigarette in public, [you] cover your nose or walk the other way.”

Resendiz said he remembered JUULs being extremely popular with the underclassmen at his high school, and the reputation one achieved from using a JUUL meant a lot.

“It was kind of seen as rebellious,” Resendiz said. “Everyone knew that you weren’t allowed to do it at school, but it kind of raised your profile to a ‘bad boy.’”

Resendiz said his mom, who is a Spanish teacher at his former high school, described JUUL usage as an “epidemic.”

“I know so many people in high school who carry the thing around them like it’s their phone,” Resendiz said. “It’s just something that they can’t go 10, 15, 20 minutes without. It’s beyond me.”

Duvall said while there are several factors that make JUULing attractive to high schoolers, a big reason they might pick a JUUL up is because it makes them feel older.

Walker also mentioned the impressionable nature of high school students, and expressed worries about how the people they look up to could be influencing them to JUUL.

“Celebrities in interviews will [JUUL],” Walker said. “Interviews are really fun to watch, and if you’re a fan of that artist, people can really look up to that and not even realize.”

Duvall said at his former high school, they have began to put up signs and make official rules banning JUULs from campus.

“Going home to the Nashville area, there are problems out there with enforcing no JUULs in high schools and stuff like that,” Duvall said. “It’s sad to think that back in my day, the only thing they were outlawing were Heelys.”

Folkerts said there are some serious risks with adolescent JUULing. One is the naivety of the smoker in their young age.

“If [a high schooler] is taking it, [they’re] probably not asking questions of how much nicotine is in this or anything about dosage,” Folkerts said. “Drugs in the adolescent population are very, very risky because you have a developing brain.”

Why do Pepperdine students JUUL?

“I can put it down whenever I want,” senior David John Macedo said. “But I just don’t want to.”

Macedo said he began smoking cigarettes while in high school.

“I grew up in a small town where smoking was very much a norm,” Macedo said. “People smoked Marlboro Reds like it was their job. I did smoke cigarettes before I ever started vaping, and then JUULing came around, and I saw it as my means of quitting cigarettes.”

After years of smoking, Macedo began to see the telling symptoms of long-term cigarette smoking, including dryness of hair, brittle nails and an overall bad feeling about his health. He attributed JUULing to his successfully quitting tobacco.

Macedo has been using a JUUL for about a year, and said he uses his JUUL several times throughout the day.

Macedo said his situation is not unique.

When asked how much he spends on JUULing per year, Macedo’s calculations added up to $700.

“It sucks,” Macedo said. “You say ‘it’s just another 30 bucks,’ and then you go down another 30 bucks. Then you realize you’re doing that every two weeks for a year. It’s adding up. I mean, you’re spending over $700. That’s a vacation.”

Despite the financial burden, Macedo said he finds it hard to simply quit using his JUUL, not only for the addictive effects, but the process.

“You do it so much, you puff on it so much that it becomes second nature,” Macedo said. “It’s like chewing your fingernails or tapping your foot when you’re anxious. It becomes a reflex. I think one of the terrible things about JUULs as well is that the pods aren’t recyclable. You can’t get rid of the JUUL itself because it’s a battery and so you have to have it specially recycled. It’s like almost more effort to get rid of it than to just keep it.”

Macedo said he wasn’t sure whether or not he was addicted to his JUUL.

“I’m trying to wean myself off of my JUULs,” Macedo said. “Slowly but surely. I feel like my hands are empty if I don’t have my JUUL readily available. But I can tell you the moment I get new pods and the moment that I take my first puff, my body feels different.”

Are students afraid of the effects of JUULing?

Macedo said he knows there are no studies proving that JUULs are undoubtedly worse than cigarettes, but if that were to be the case, he’s not certain what he would do.

Duvall said he makes a conscious effort not to think about what the potential effects of JUULing could be.

“I try not to look too much into the specifics,” Duvall said. “I just don’t want to give myself nightmares.”

Walker and Resendiz said they see a disturbing parallel between cigarette popularity in the 1960s and the popularity of JUULs now.

“I think just as smoking cigarettes has become something of the past and something that we know can cause diseases and terminal illnesses, I have a very strong hesitation that JUULs will also lead to life-threatening illnesses,” Walker said. “You’re just breathing chemicals into your body, and it’s become this socially acceptable phenomenon.”

Walker said she doesn’t understand why people continue to JUUL, given the uncertainty behind the long term effects of it.

“It hasn’t been around long enough for there to be a stigma about it or studies that prove how dangerous it is,” Walker said. “You don’t know what you’re putting in your body. It’s disgusting, period. It’ll be really interesting in 20 years to see the research that comes out about it and to see how my generation responds to that research.”