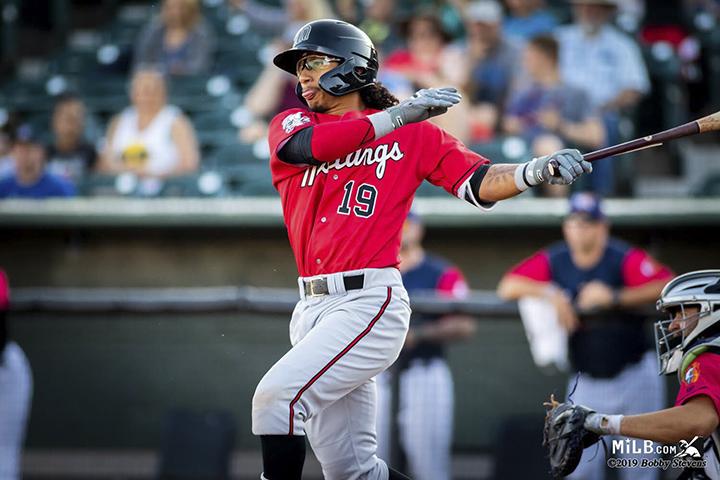 Former Wave Quincy McAfee swings during an at-bat for the Billings Mustangs in 2019. After a strong Pepperdine baseball career, the Cincinnati Reds drafted McAfee in the 26th round. Photo courtesy of Bobby Stevens/MiLB

During his three seasons playing baseball for Pepperdine, Quincy McAfee made his presence known on the diamond.

A starter from day one of his first year in 2017, McAfee frequently found himself among the team leaders in batting average, walks and stolen bases. While playing both second base and shortstop over his career, the Houston native posted a fielding percentage of over .960 in two of his three years as a Wave.

In his junior season, McAfee hit .311 with a team-high of 15 doubles and 23 RBIs. His production caught the eye of the Cincinnati Reds, who drafted him in the 26th round of the 2019 MLB Draft. McAfee traded sunny Malibu for not-so-sunny Billings, Mont., home of Cincinnati’s Rookie Advanced affiliate, the Billings Mustangs.

In the third installment of the “Where Are They Now?” series featuring former Pepperdine student–athletes, the Graphic caught up with McAfee, who had his 2020 minor league season canceled due to the COVID-19 pandemic. Previous installments covered Men’s Basketball all-time leading scorer Stacy Davis and beach volleyball pro Kelley Larsen. 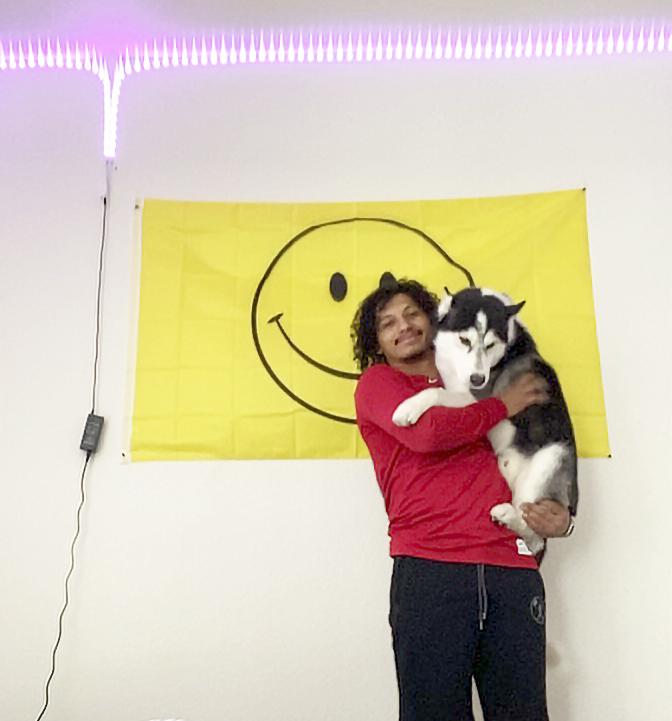 McAfee cradles his husky, Halo, in front of a smiley-face flag in his Arizona apartment on Sept. 15. He said the flag is the first thing he looks at every day, which makes him smile. Photo by Ali Levens

During the 2019 MLB Draft — a three-day, 40-round event — McAfee said he was glued to the television.

“I heard every name called,” McAfee said, adding that it was surreal to hear the names of people he had played against or knew from high school and college.

On the draft’s third day, multiple teams began checking in with McAfee to find out his signing bonus demands — a key piece in the complicated financial puzzle of the draft.

“It seemed like I was getting a phone call every five minutes,” McAfee said.

McAfee said he wanted teams to be sure to pay for him to finish his degree, then add a good amount of money on top.

After Cincinnati picked him, McAfee signed with the Reds for a signing bonus of $75,000, according to MLB’s Draft Tracker. But getting drafted was only the beginning of a whirlwind summer for McAfee.

“You take the rest of the day to spend time with your family,” McAfee said. “Three days later, I was on a flight to Arizona to get physicals. We got physicals, had one day of practice, and then I was shipped off to Billings.” 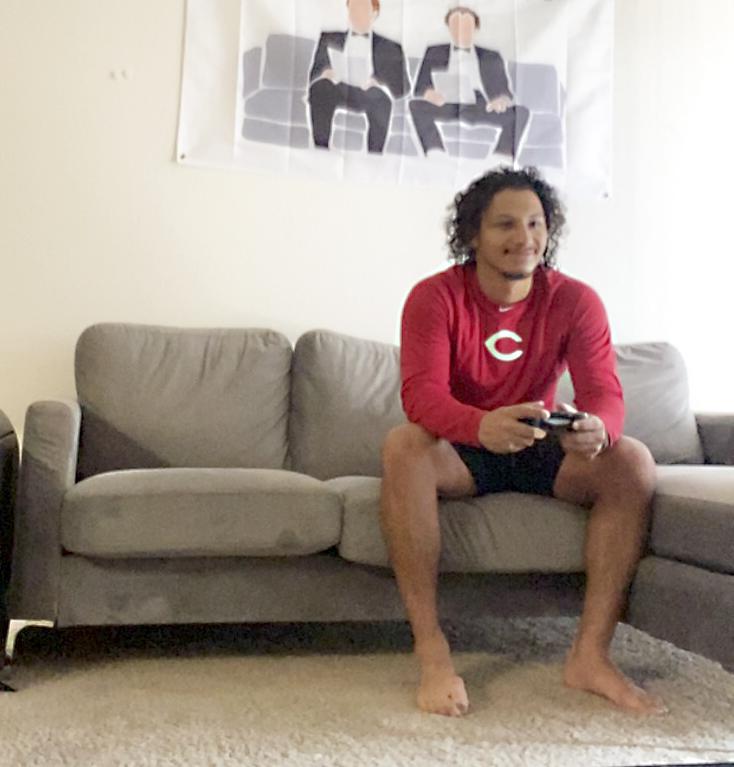 McAfee plays a video game on his PlayStation 4 in his Arizona living room. While McAfee's 2019 summer was chaotic, his 2020 summer has been more relaxed with no games due to COVID-19. Photo by Ali Levens

McAfee had a strong debut season with the Mustangs, appearing in 60 out of 78 games and hitting .291 — the second-highest average on the team among full-time players. McAfee added 23 RBIs, 10 doubles and a home run.

Aside from the thrill of playing professionally, McAfee said he quickly established a bond with his hastily assembled teammates. The team spent long hours together, often arriving at the field around noon and not leaving until after midnight.

“About half our team was college guys who got drafted that year, and half were Latin-American,” McAfee said. “It was really cool learning to communicate with the Latin players.”

The Latino players started calling McAfee “Coffee,” a nickname that stuck over the course of the season. The nickname originated as a common English word that somewhat sounds like McAfee’s last name, but McAfee recalled with a smile that one coach continued to call him “Coffee” because he was “smooth.”

McAfee said he had the opportunity to attend major league Astros games while growing up in Houston, but he grew to love participating in the much more personal, family-friendly minor league experience.

“Any kid that wants a signature, I will take 30 minutes coming off the field for any person,” McAfee said. “Growing up going to baseball games, that’s all I wanted was to get an autograph. So from the first game to the last game, if a kid wanted an autograph, I would give them an autograph. If anybody wanted to talk, I would talk.”

Although McAfee’s postgame habits usually came at the expense of being the last player out of the locker room, he said he welcomed the interaction.

“After a while, my host parents would try to rush people along,” McAfee said. “But I would say, ‘No, I’m enjoying this as much as they are.'”

A staple for any minor league team, host parents are families who volunteer to allow players to stay with them during the season. Minor league players do not acquire their own housing due to low salaries and uncertainty about how long they will stay at each minor league level.

“I’ve had the privilege of having the best host families everywhere I go,” McAfee said. “You get different types of people all over the place. Most importantly, they’re respectful of you and your space.”

McAfee said was eager to start his second professional season, and he was even able to get some spring training games under his belt. On June 30, however, Billings — along with every minor league baseball team — canceled its season due to the COVID-19 pandemic, leaving McAfee and thousands of other players in limbo.

Without any baseball to play, McAfee, along with close friend and Pepperdine Baseball alum Cory Wills, decided to take a months-long road trip during the summer. They traveled to Colorado Springs, Utah, Las Vegas, Malibu, Newport Beach, Arizona and then back to Texas. McAfee and Wills then moved back to Arizona in August and settled into a new apartment. 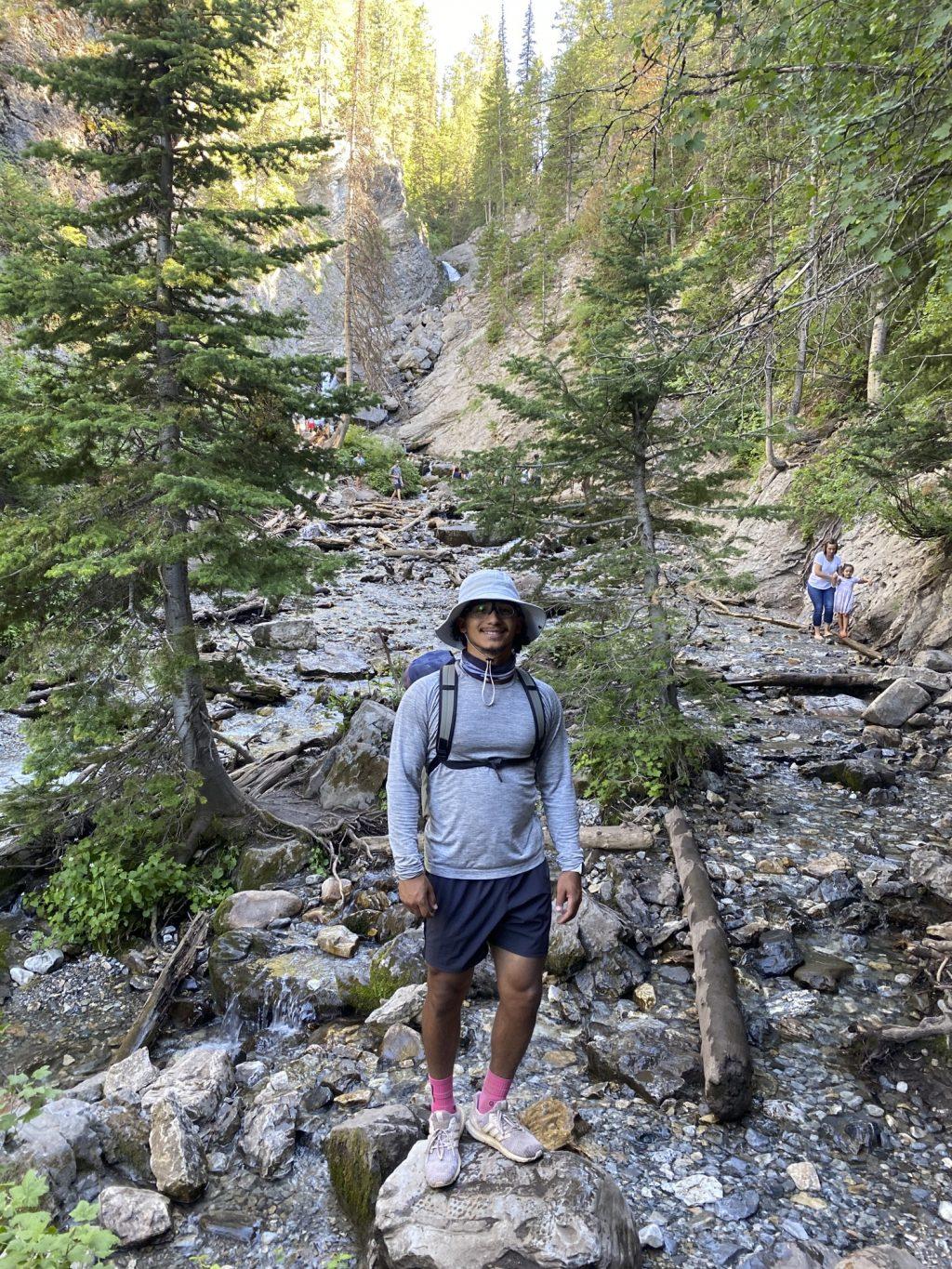 Quincy McAfee stops for a photo while crossing a rocky bank on a hike in Salt Lake City, Utah, on July 19. McAfee ventured on a road trip with Pepperdine Baseball alum Cory Wills this summer. Photo courtesy of Quincy McAfee

Although McAfee and Wills had to take extra steps to travel during the pandemic, McAfee, who enjoys driving, said the ability to get out on the road gave them a chance to remove themselves from the craziness of this summer.

“We had our luggage in the second row and we took the back row out and put an air mattress,” McAfee said. “It’s funny because we traveled so much, but we only made contact with about 10 people over two months because we were away from everyone. It was nice to get away and not have to worry about it.”

It also gave McAfee an opportunity to take a break from baseball activities and recharge, although he is working out now. With no season to play, McAfee said a member of the Reds checks in with him every week, but he is mostly responsible for his own fitness.

“If we come in out of shape, that’s on us,” McAfee said. “You’re gonna feel the fact that you’re out of shape, and you’re going to wish you were in shape.”

McAfee said a highlight of this year for before the season shut down was traveling from the Reds spring training complex in Goodyear, Ariz. to Tempe to watch the 2020 Pepperdine Baseball team play in a season-opening tournament. McAfee came into the Reds facility early in order to complete his workout and leave for the Pepperdine game.

“It was weird watching them play and not being on the field with them,” McAfee said. 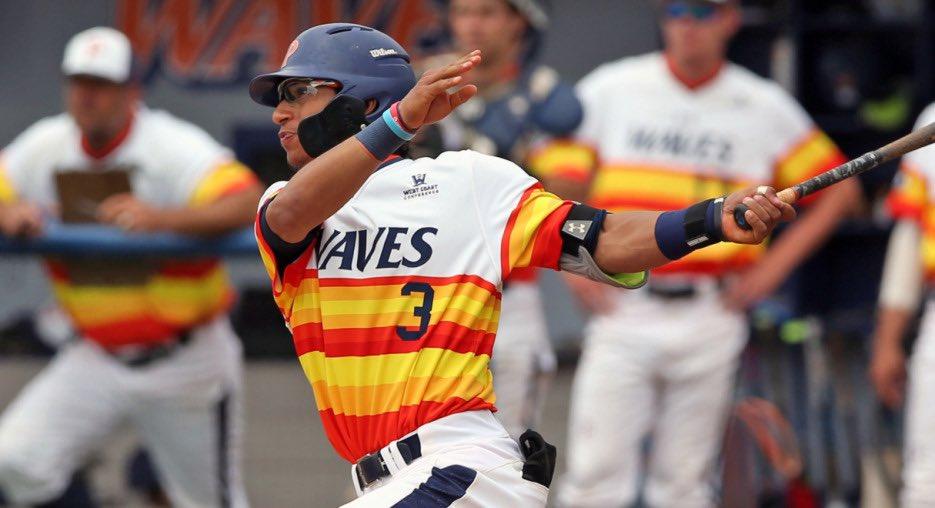 McAfee bats for the Pepperdine Waves during a 2018 game. The baseball player reconnected with his Pepperdine teammates when the Waves played in Arizona in spring 2020. Photo courtesy of Stephen Wazdura

Although he was in the stands, McAfee relished the chance to watch his old teammates continue to develop.

McAfee’s off-season program with the Reds will start Oct. 1. He said he is hoping to play in winter ball leagues in Australia or the Dominican Republic, but if that doesn’t work out, he will wait for the Reds to assign him to one of their minor league affiliates for what he hopes will be a normal 2021 season. 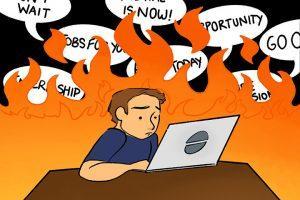 Art by Madeline Duvall The COVID-19 pandemic has permeated every aspect of life, leaving Pepperdine students and graduates...
Copyright 2013 Jupiter Premium Magazine Theme
Back to top