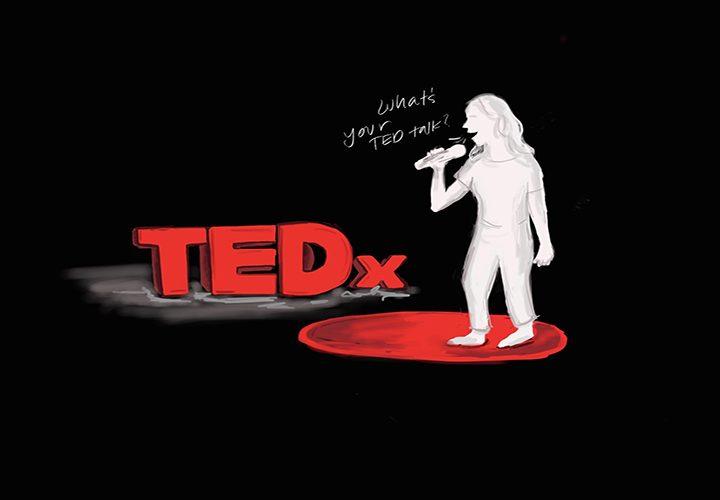 When thinking of situations that foster trust, for most people, the Darknet is not something that immediately comes to mind. Assistant Professor of Economics Julia Norgaard is not “most people.”

Norgaard took the stage during last week’s TEDxPepperdine event to inform listeners of the lessons the Darknet can teach about trust. In a Q&A with the Graphic, she shared behind-the-scenes information about her talk. 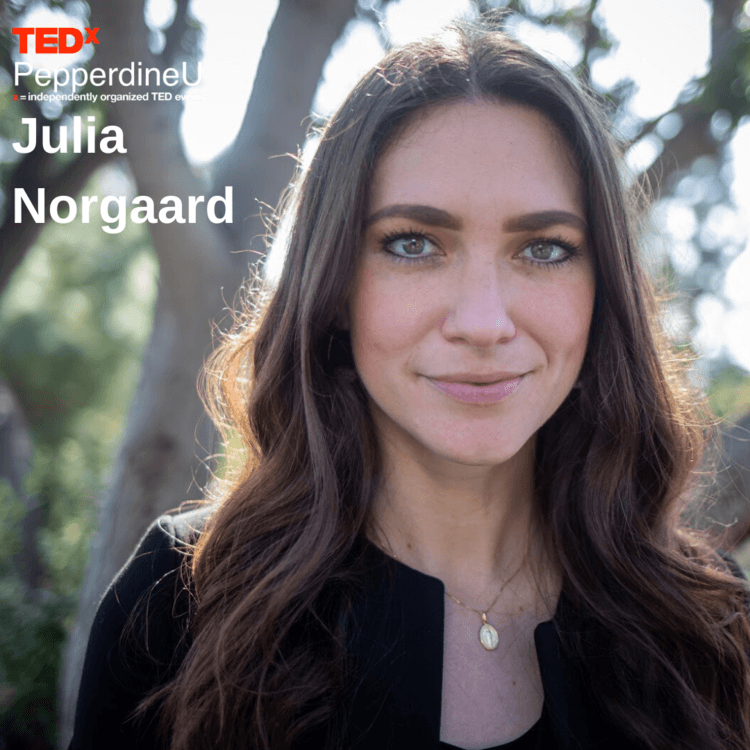 What does it take to write a TED talk? What was your preparation process?

Julia Norgaard: I speak pretty regularly as a professor here and a lot of the speaking is really off-the-cuff, so I have a general outline and then I will just … talk in class. But this is on a completely new level.

[The speech] has to be poignant and meaningful. … I actually wrote it and memorized it in three days. I would not recommend doing that. … I wanted to make my talk so that anybody who is not interested in economics or my topic … could still get something out of it.

What did you use as inspiration for your speech?

JN: I spoke on a big aspect of my research which is the economics of the Darknet. So, it’s the Internet black market — anything that is basically illicit or illegal being sold online. I tried to tie it into a greater takeaway, which is “What can the Darknet tell us about human interaction?”

Trust and economic growth are very tightly linked. High trust societies tend to have higher economic growth. But it’s really tricky to figure out how we can get people to trust each other. My research is an insight into an environment [where] you wouldn’t necessarily expect people to be trustworthy. … but because they don’t have a third party to go to for enforcing rules, they have to take it upon themselves to create a safe environment.

Many of the speeches — especially yours — touched on trust. Why do you think this is such an important topic?

JN: It’s essential to any type of human interaction — whether it be personal or international. As an economist, I am looking at the incentives that create trust and that’s great because I think it can be applied in a lot of places. I think it’s also something that’s tough because if you’ve been burned before, it’s hard for you to trust somebody. Getting back out there and doing that, that takes courage.

What is one thing you want listeners to take away from your talk?

JN: That the ability for human beings to organize and cooperate with each other is much more robust than we think. And the environment that can, on the surface, seem hostile can actually foster and be a really interesting insight into human interaction that sheds a lot of light and beauty into how humans relate to each other.

You’ve really dedicated a lot of time to your research. How can students be motivated to speak on topics they are passionate about?

JN: I see that most students are scared that they don’t have a passion. Obviously, if students are passionate about something, speak on it. Dedicate yourself to it. Be excited! But don’t be afraid if you’re between the age of 18 and 22 and you’re not passionate about anything. Not only is that OK, that’s the norm. Just today one student came to me saying, “Oh my gosh, I don’t know what to do with my life!” and I’m like, “Well, you and everybody else.” It’s true! I mean most 45-year-olds don’t know what to do with their lives. It’s honestly a luxury and a privilege to even be talking about being passionate about something and picking a job.

Public speaking is frequently listed as Americans’ number one fear. Do you have any tips for overcoming nerves or stage fright?

JN: My tip is practice! I used to be very afraid and I would get nervous speaking in front of other people until I put myself out there and made mistakes. I joined a speech/debate team in high school and at first, I was not very good. But then, I just practiced. Most of the crowd wants you to succeed — if not everybody — so just know that! People are rooting for you. They want to see a speech that’s good and that someone did a great job on; they don’t want to see you bomb. 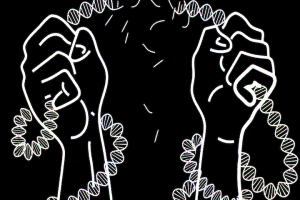 Art by Samantha MillerRace is a complex social construct. The biological concept of race is deeply rooted in genetics. Sociology...
Copyright 2013 Jupiter Premium Magazine Theme
Back to top