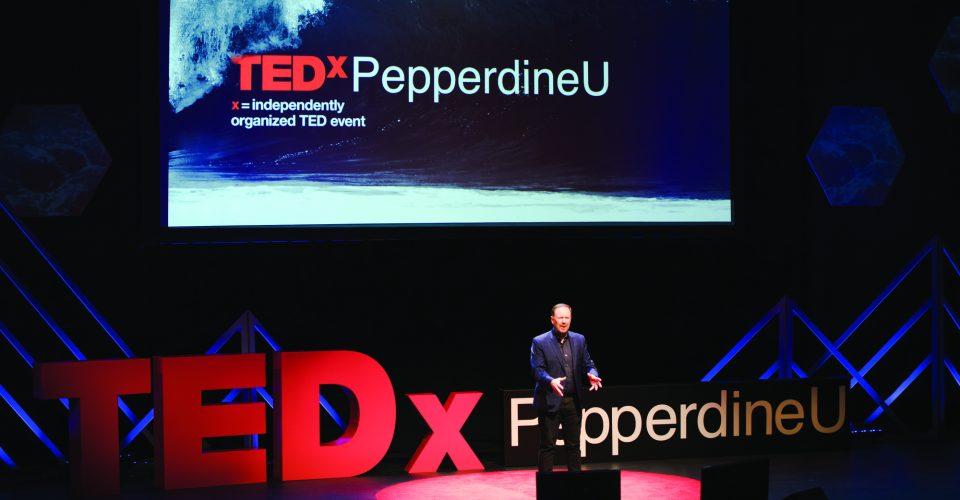 Talks of connection — connection to others, to nature, to creativity — were at the forefront of the discussions at this year’s TEDxPepperdine event.

Smothers Theatre filled with students, faculty and community members for the TED organization’s second on-campus installment Thursday, Jan. 30. TED, which stands for “Technology, Entertainment, Design,” has reached over a billion people worldwide through TED talk videos. The TEDx program allows organizations to bring TED talks to life in their own communities.

TEDxPepperdine, curated entirely by students, consisted of three sessions with 11 speakers in total. The speakers ranged from members of the Pepperdine community to leaders of globally-recognized corporations.

“TEDx as a brand has always been known for pushing the envelope, finding ways to elevate human consciousness,” said Lois Zhou, head of TEDx marketing. “And with that, TEDxPepperdine found itself: an honor and a privilege to carry the name of TEDx, but with it, a great responsibility to not only deliver an unforgettable experience for 2020 attendees but a unique positioning in comparison to the previous year’s event.” 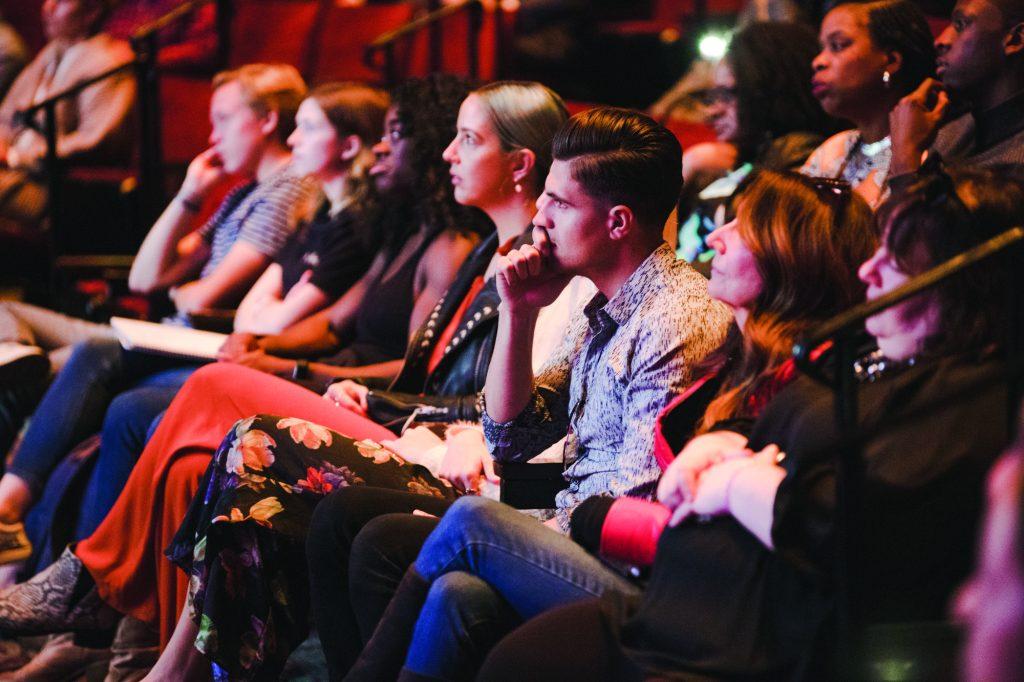 Though the speakers all have impressive titles and careers, they were careful not to keep the focus entirely on their jobs. Instead, they talked about their personal stories, speaking on topics like conquering fear, finding purpose and practicing self-love.

“Anyone can sit through a talk, but not just anyone can be moved to action by an idea,” Zhou said.

TEDx reaches audiences around the world through its mission of spreading ideas. Zhou said she was privileged to carry out that mission in the Malibu community but felt pressured to ensure it was respected.

“Without the sharing of ideas, we cease to become storytellers. Without stories, we lose the essence of humanity,” Zhou said. 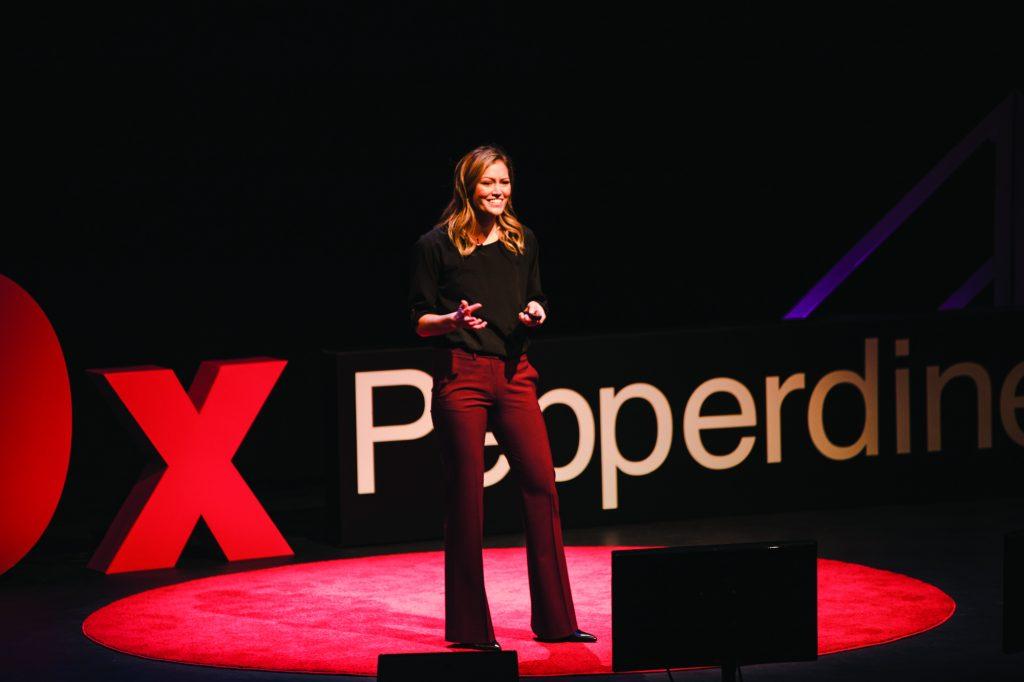 Alumna Bree Irvin speaks to a packed audience about environmental activism and the importance of connecting with the earth.

Junior Josh Hill said he was particularly moved by speaker Bree Irvin’s talk. Irvin, a Pepperdine alumna, spoke on the importance of connecting with the earth and environmental activism. Rather than discussing her corporate past at Disney, CBS and Patagonia, she talked about the lessons she learned while journeying on a Polynesian voyaging canoe known as a waʻa.

Irvin said her experience taught her to use the earth’s natural elements as a guiding force for survival.

Hill said he was particularly intrigued by her discussion of the Tonga tribe’s practices. Their language was created before humans separated themselves from nature, so many of their traditions revolve around the idea that nature and humans are one. Irvin urged the audience to regain their connection to the earth.

“Pepperdine sometimes Iacks in the area of sustainability, so I was happy that multiple speakers, including Bree Irvin, talked about it in a way that students can easily understand and relate to,” Hill said. 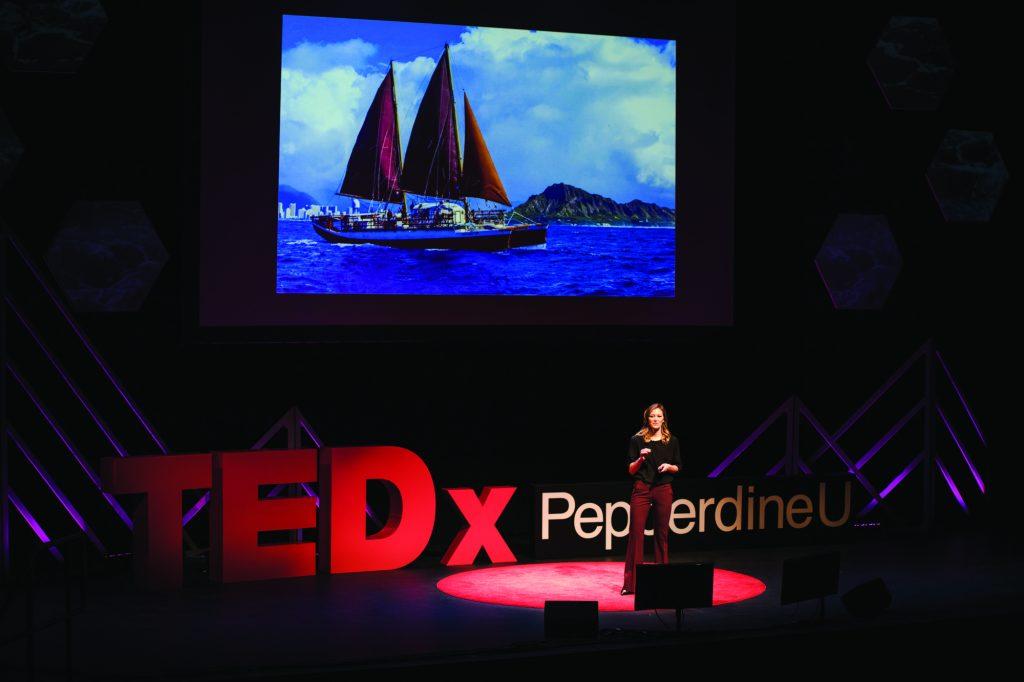 Irvin shares a photo of a Polynesian voyaging canoe known as a wa’a, similar to one she traveled on a few years before while learning to navigate using only stars and ocean currents.

Irvin said humans are living in a time where they are more disconnected from the planet than ever, and as a result, humanity is the most isolated and depressed than it has ever been.

“We need to evolve and change our habits to live in harmony [with the earth],” Irvin said. “Inaction is dangerous — it paralyzes us.”

She left listeners with one final piece of advice: “Don’t fear darkness. … Sometimes when it’s the darkest, it’s the best chance to find our way.”

Zhou said she was also impressed by Irvin’s discussion on sustainability, saying it was very insightful in tackling the issue thoughtfully and intentionally.

“Companies have a duty — not only to their stakeholders, but to the communities in which they operate to practice sustainable methodologies — but too often this is merely paid lip service instead of tangible action,” Zhou said. 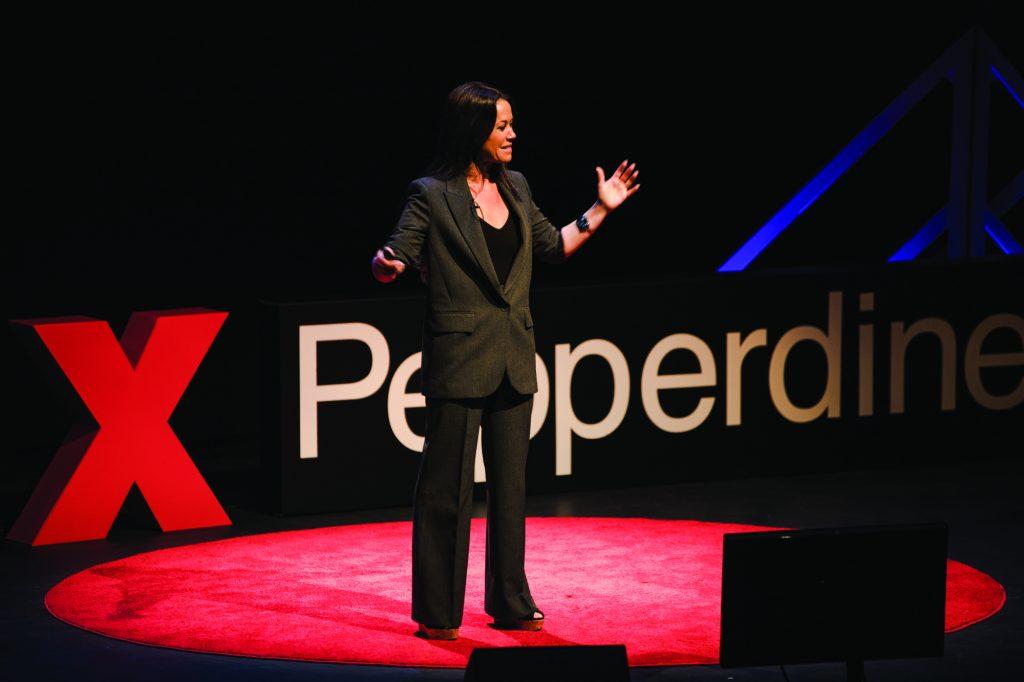 New Zealand native Sue Bryce speaks about her journey from high-school dropout to successful photographer and businesswoman, emphasizing mastery of self to overcome feelings of shame and inadequacy.

Senior Hailey Keen said her favorite speaker was Sue Bryce, a New Zealand native who now is a successful photographer and educator. Bryce owns her own education company even though she did not graduate high school.

“I resonated with [Bryce’s] emphasis on mastery of self,” Keen said. “There truly is no barrier to success that you don’t create yourself, and her points on reworking shame were universally applicable.”

Bryce spoke of a cloak of shame and inadequacy that initially followed her after dropping out of high school. When she turned 18 and found photography, she said she realized that mastery in a craft was the best way to channel her feelings of self-doubt into self-confidence.

“No one can take mastery away from you,” Bryce said in her speech.

Bryce spoke on the importance of self-love, telling listeners that “pain comes from resistance and unacceptance of your self.” 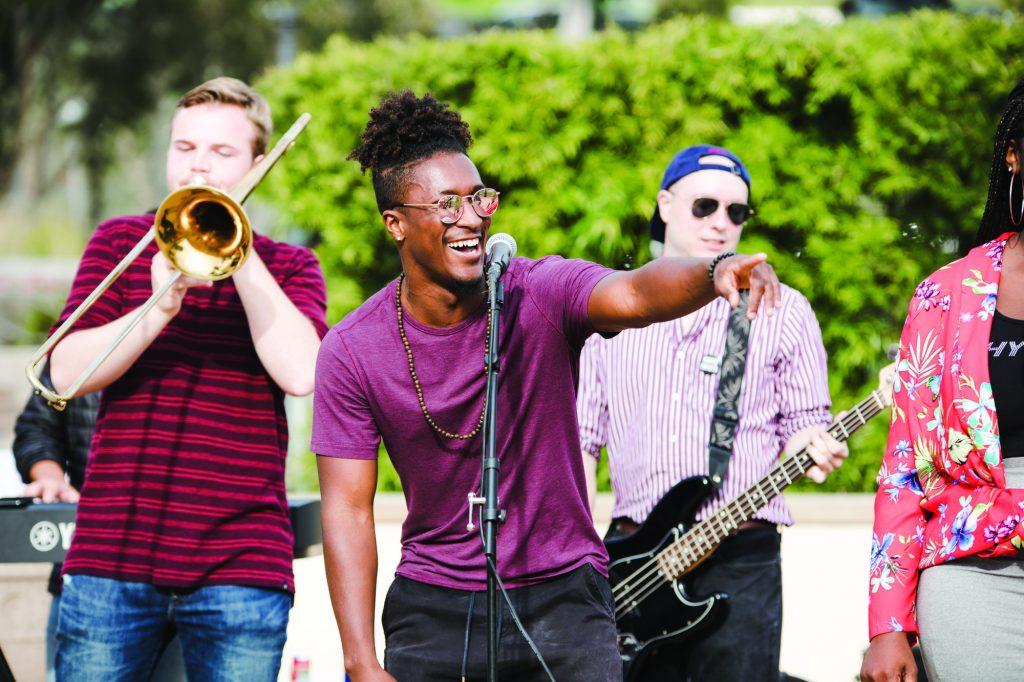 Senior Valentine Douglas leads an all-student band during the break between sessions, singing a combination of covers that had many guests dancing along.

In between each session, TEDx organizers invited guests to discuss the talks while enjoying the expo outside the theater. A group of students volunteered to sing and play instruments, entertaining the guests while they visited the informational booths. Lululemon hosted free yoga sessions on the lawn while Patagonia handed out booklets showcasing their new sustainability projects. The Student Wellness Advisory Board teamed up with the Pepperdine Green Team to help guests create their own healthy trail mix jars for a snack.

“I couldn’t be prouder of how the Pepperdine team mobilized and delivered on its promise and duty to our Malibu community,” Zhou said.

Hill said he hopes that TEDxPepperdine will be back next year so he can tell more of his friends about it.

“The organizers of the event really pushed the idea of ‘starting a conversation,’ and I think they definitely succeeded in doing so,” Hill said. “I am going to tell everyone who will listen about the cool experiences that the speakers shared with us.” 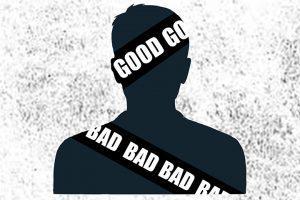 Art by Caitlin RoarkIt's easy to characterize people as either good or bad, but aren't people more complex than that? In the wake...
Copyright 2013 Jupiter Premium Magazine Theme
Back to top