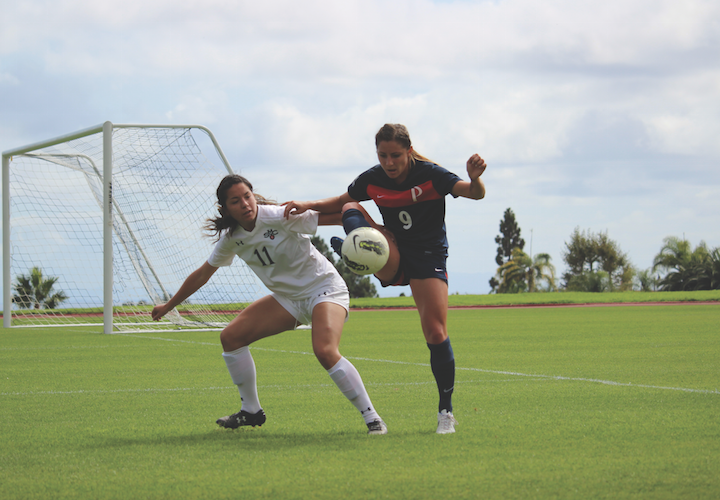 Pepperdine’s women’s soccer team ran head-on into their first WCC conference games of the season over this past weekend. In their first matchup on Friday, the Waves were up against the Pacific Tigers, followed by a game on Sunday afternoon against Saint Mary’s.

At the 35th minute, junior forward Kristen Rodriguez scored the only goal of the entire game on a penalty kick, due to a handball call against the Tigers. Although this was the only goal of the game, Pepperdine dominated the time the ball was in play. Pacific only squeezed in a single shot throughout the entire game, which paled in comparison to Pepperdine’s 29. Rodriguez, sophomore midfielder Bri Visalli and freshman forward Michelle Maemone all had five shots each throughout the game.

In their second WCC game against St. Mary’s, the Waves again dominated game play with 12 shots, keeping their opponents at just two. In the end, however, the Waves fell 1-0 to the Gaels due to an early second half goal. Visalli had another amazing game, with seven shots throughout the match. There were numerous close calls, but the shots were just a bit off, keeping the Waves from scoring. Sophomore midfielder Emily Tanaka and freshman midfielder Christina Settles both bumped the ball just a little wide off of a couple free kicks. Midfielder Mikayla Arcebido also took a shot, but it was deflected at the 87th minute.

The Waves currently hold a 6-4-2 record for the season overall.

Instead of letting a small loss against St. Mary’s ruin the entire season, the Waves will persevere and keep striving for improvement in their upcoming games. “We all hate losing, so we use the feeling to fuel us to not let it happen again,” said junior midfielder Meghan Schoen. “But we also learn and grow from what didn’t go well during the game.”

With only two home games remaining for the Waves, they look ahead to prepare for heading to Northern California this weekend to play two games on the road.

“I think preparing for away games is an ever-changing process. We as a team really focus on the process and not the outcome, because if we do the process right, then the result is bound to follow,” said redshirt junior midfielder Rylee Baisden, who had four shots against Pacific and three against St. Mary’s. “Every game matters, every practice matters and, with that being said, everything we do as a team matters. We have to bring an edge to our game whether we are on the road or are at home. Every day requires us to show up and win everything we do.”

The Waves will face off against San Francisco on Oct. 9 and against Santa Clara on Oct. 11. 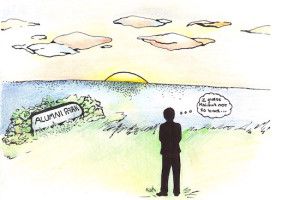 Art by Christine NelsonThe beginning of the sophomore year finds Pepperdine students preparing to spread out over four continents...
Copyright 2018 Pepperdine Graphic
Back to top