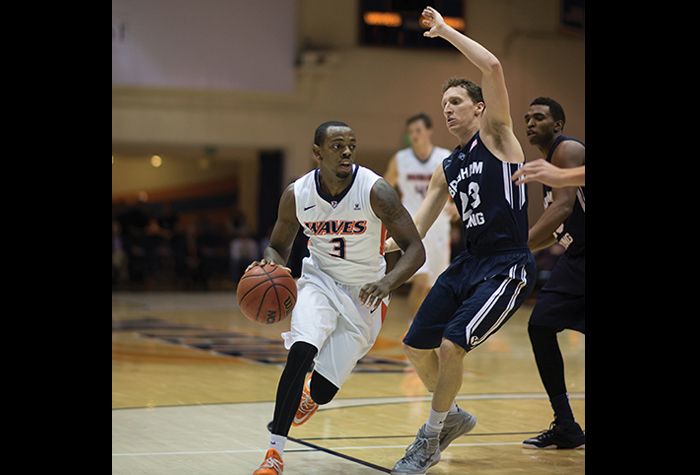 Following a rough three-game stretch to open the final month of the 2014-15 season for the Pepperdine men’s basketball team, the Waves returned back home looking to finish the season with a bang.

It was rather fitting, as the Waves looked for some fireworks as they faced Santa Clara on Chinese New Year in the first game of their three-game homestand.

In the first half, Pepperdine jumped out to a 4-0 lead, but Santa Clara stormed back by taking an 11-2 run to take the lead 11-6. Led by junior forward Jett Raines, who had nine points and five rebounds in the half, the Waves responded with an 8-0 run to recapture the lead. Later in the first half, freshman guard Shawn Olden and sophomore guard Lamond Murray Jr. came off the Waves’ bench and contributed in a huge way, chipping in a combined 15 points to give Pepperdine control of the game, as the Waves took a 24-28 halftime lead over the Broncos.

In the second half, Raines kept the Waves rolling, as he started the half with a three-pointer and a layup to give the Waves a 34-28 lead. Playing tenacious defense, Pepperdine held Santa Clara to 37 percent shooting from the field and 11 percent from three-point territory for the game. With 19 points and 9 rebounds from Raines and a combined 31 points from Olden and Murray Jr. off the bench, the Waves clinched their 16th victory of the season with a win over Santa Clara 64-55.

With the victory over Santa Clara, Pepperdine also clinched their first winning season since 2005 and was assured of a buy-into the quarterfinals of the WCC Tournament as the fourth seed.

Head coach Marty Wilson spoke high words of praise about his players and the team’s defense and offense: “I thought we did some great things defensively, running [Santa Clara’s] guards off the three-point line, corralling them in the ball screens, not letting them get comfortable and not letting them get in a rhythm,” he said. “We settled in offensively, became more aggressive and got more free throws.”

With a dominant showing Thursday night, the Waves took the floor again on Saturday afternoon against the San Francisco Toreros.

It was a rough outing early in first half for the Waves, as the team shot 25 percent and committed 10 turnovers. The Waves then went on a five-minute scoring drought, and USF took advantage by taking a 9-0 run to take a 31-19 halftime lead.

In the second half, there was a shift in the tide, as Pepperdine rode a huge 17-1 run led by junior forward Stacy Davis, who had 11 of his points during the run to take their first lead of the game, 36-34 with 10 minutes left to play. However, the Dons made back-to-back three-pointers to take the lead back.

Davis would once again give the Waves a lead, 50-49 with two free throws, but the Dons made four consecutive free throws to take a 53-50 lead. Davis, who recorded a double-double with 23 points and 12 rebounds, would later get a layup with five seconds left, but the Dons held on to take a 56-54 win when sophomore guard Jeremy Major’s half-court shot attempt was off the mark.

The Waves will conclude their regular season at home against rival Loyola Marymount in the PCH Cup at 3 p.m. on Saturday. 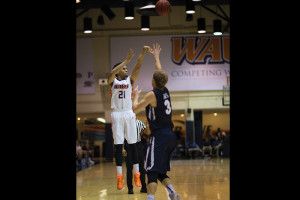 Photo by Matt Benton After recording their 16th overall and 9th win in conference play of the 2014-15 season, the Pepperdine...
Copyright 2013 Jupiter Premium Magazine Theme
Back to top