After a couple of tough road losses against San Diego and BYU, the women’s volleyball team has hit its stride, blanking Gonzaga in three sets.

Senior outside hitter Katie Messing had a standout performance, besting the 1,000-career kills record. Messing is only the 17th player in program history to do so. Kim Hill (‘12) was the last player to accomplish the feat in 2011.

“It’s really cool to know that I’ve contributed significantly enough to be up in the ranks with all those other great players,” Messing said. “I appreciate my setters so much, and there’s no way I would’ve reached this level without my two extremely talented setters — first with Kellie Woolever and later with Becca Strehlow.”

Messing delivered 13 kills on the day, totaling 11 digs for her fifth double-double of the season.

The Waves dominated as a team as well. They controlled the game on both offensive and defensive fronts.

In the opening of the game, both teams were evenly matched, going back and forth. But senior middle blocker Samantha Cash came up big offensively, putting down 15 kills and 4 aces, squashing any momentum the Bulldogs had built.

“I am so proud of the team for delivering a solid performance the entire way through,” Cash said. “We have improved every time that we have played, and I could just feel that it was our time to take the W.”

Junior setter Becca Strehlow also stepped up for the Waves on offense. She fashioned 43 assists on the day, including an assist on Messing’s 1,000th kill. 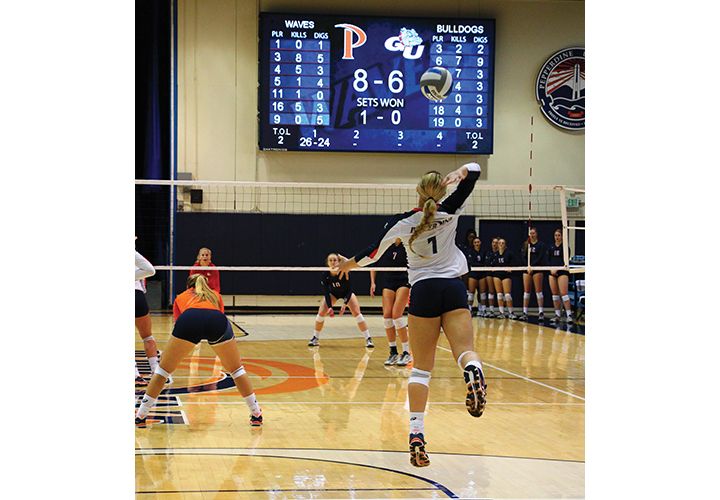 However, it was the defensive effort by the Waves that really sealed the deal.

“I thought we played great defense Saturday, which we were really satisfied with,” Messing said. “Defense is an attitude and is something completely controlled by us.”

Cash and Strehlow were in tandem all the way through on defense. Fittingly, they teamed up for a block on the final match point to win.

“We got a couple wins under our belt, which is important for our confidence,” Messing said. “We’re excited about where we are at now.”

The Waves hope to build off the success as they are on the road next week against Loyola Marymount University on Saturday. 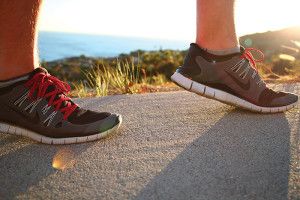 Photo by Allison HubbardMen’s and women’s Pepperdine cross country both finished ninth at the WCC Championships...
Copyright 2018 Pepperdine Graphic
Back to top