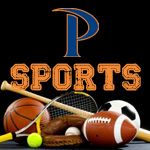 The Waves played the Portland Pilots on the road this weekend and beat them at home. The men were trailing in the first half but rallied impressively and came back in the second half. In the second half, the Waves were up by 3, but Portland came back to tie the score forcing an overtime. The Waves would not be denied and eventually won by dominating the scoreboard 72 – 68.

The Pepperdine team was led by senior guard Lorne Jackson who scored a game-high 22 points; Stacy Davis, ranked the best freshman in the WCC conference, added 11 points and 6 rebounds. Nikolas Skouen and Jordan Baker helped the Waves come out with a W with a combined 24 points including 6 of 10 of 3-point shots.
With this victory Pepperdine moves up to 3 and 7, adding to the rivalry game against LMU Thursday night at the Firestone Fieldhouse at 7 p.m.