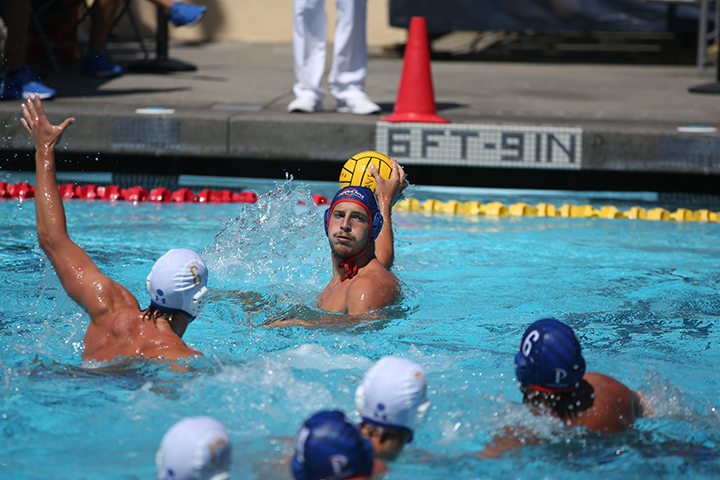 It was clear the Waves would have their hands full with the No. 2 team in the country. UCLA was 5-0 coming into the game, and the team brought back six Mountain Pacific Sports Federation All-Americans from last season.

Pepperdine’s start to the season has been phenomenal as well, going 9-2 in a top-heavy schedule. Before Saturday, their only two losses came to the No. 4 team in the country in UC Santa Barbara. The Waves fell short once again to an elite opponent by a score of 14-12, but the team is confident looking ahead to the rest of the season.

Head Coach Terry Schroeder said he was overall pleased with his team’s performance, especially on offense.

“I thought we had the firepower to beat that team,” Schroeder said. “We gave them too many goals and we have to tighten up our defense. We started so well, and then we let them make a run in the middle and just couldn’t catch up.”

To start the game, Pepperdine came out firing on all cylinders. Twenty seconds in, senior attacker Marko Asic scored the first goal on a penalty shot, followed by another goal by junior center Coleman Carpenter 50 seconds later.

Redshirt senior center Chris Dilworth quickly got into the day’s stat sheet as well and scored his first goal of the season to give Pepperdine a 3-0 lead. UCLA answered with back-to-back goals to make it a one-point game. The Waves responded with their own back-to-back scores as the first period ended with a score of 5-2.

“We definitely came out really strong,” Dilworth said. “We were excited about the 5-2 score. We had tons of energy and explosiveness. We let up a little bit and unfortunately let them get back into the game.”

Pepperdine is without their starting goalie, junior J.C. Marco, who fractured his fourth metacarpal shaft in his left hand during warm-ups versus UC San Diego. He received four screws and will be out at least a month.

The goalie duties have been split between junior Kyle McKenney, who gets the majority of playing, and freshman Kent Emden, who played in spurts during the second half.

Schroeder felt his players rose to the challenge and acknowledges that there is room for improvement.

“Not all of those shots were the goalie’s fault, no question,” Schroeder said. “We didn’t team block well when their offense was on the near side. But only three saves in three quarters from our starting goalie is not going to cut it — we have to get more blocks.”

McKenney said he is ready to build off the loss.

“My biggest takeaway is that this game is really encouraging for us,” McKenney said. “UCLA is a very respectable program, and we were right there with them. We just need to fix a few things on defense and our offense will continue to shine.”

The Bruins started the second period with a 4-0 scoring run in less than three minutes. Pepperdine tied the game at 6-6 with another goal from Dilworth, but UCLA answered with a lead-taking score with 11 seconds left in the first half.

The Bruins started the second half with three straight goals and brought their lead to four, the biggest of the day. Sophomore attacker Balazs Kosa responded fast and received a cross-pool touch pass from fellow sophomore attacker Curtis Jarvis and beat his one-on-one matchup for the goal. It was Kosa’s 26th goal of the season, the most on the team.

Pepperdine and UCLA continued to go back-and-forth with goals, and Pepperdine was unable to take the lead. Kosa added three more goals after being kept scoreless in the first half, but the UCLA offense was too disciplined and precise to be defeated.

Dilworth graduated from Pepperdine in 2018 but came back to the team with one year of eligibility remaining. He said he feels that this team is more unified than previous years.

“This is the closest unit that I’ve ever been a part of,” Dilworth said. “We use the word family a lot because, truthfully, we are one. That’s what separates us from not only the teams in this league but the past teams that I’ve played on. We’re all hungry and motivated to get the job done.”

Schroeder said he also has high hopes for the 2019 group.

“I love this team,” Schroeder said. “I think we have a great shot of doing some very special things. It’s going to be a fun year.”

Pepperdine will travel to Los Angeles on Thursday for the MPSF Invite.