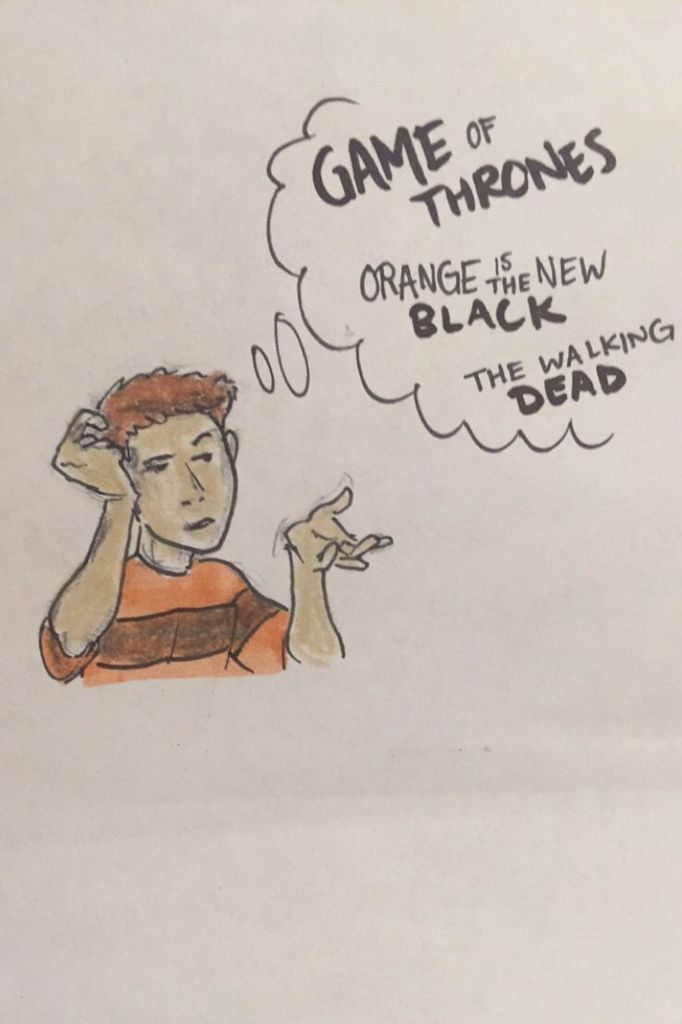 Pepperdine is known for its FOMO, or “fear of missing out” culture. There is an unnecessary level of anxiety surrounding social plans because of the worry that there is another event happening somewhere else at the same time that will be missed. If you stay in for a night, all your friends may make valuable memories without you or do something unforgettable that you will see pictures of in the morning.

FOMO is more than just overreacting. Research dating from the 1950s all the way to modern times suggests that having more choices increases anxiety and reduces satisfaction, according to “When It’s Bad to Have Good Choices” written by Maria Konnikova for the New Yorker Aug. 1, 2014.

The problem is that, recently, FOMO has started to reach not only into social plans, but also into relaxation. Our culture has reached the point of having a sense of television FOMO. The period since 2000 has been known as the “Golden Age of Television” because of the influx of acclaimed programming that has taken over not only network television, but also cable and Internet providers. There are so many great television shows currently on that there is no way to keep up with all of them.

There are 409 scripted programs on air, according to “How Many Scripted TV Shows in 2015? A Precise Number, and a Record” written by John Koblin and published by the New York Times on Dec. 16, 2015. There is no way to catch up on even the top 10 percent of those shows, let alone to have watched all the shows that are no longer on air but are still widely referenced.

Still, it is stressful when your friends are always wondering if you finally finished “Breaking Bad” or if you ever started “Mad Men.” The way that these television shows are marketed and the reverence given to them by fans makes it seem that if you have not seen them, you are missing out an integral part of popular culture.

Popular culture is so broad and varied, it is impossible to keep up with nowadays. Long gone are the days where everyone agreed that “Cheers” was the sitcom to watch. Even if you dropped out of school and did nothing but watch TV, there would be no way to watch everything and be informed on every reference and joke that might be made.

However irrational FOMO may be, the effects are real. The urge not to miss out on any content ends in regret when friends talk about shows you have not watched. Just like with social FOMO, there is no way to never miss out. At some point, you have to accept that you will not see every show or be there for every social occasion.

Instead of stressing over what you are going to miss, it’s a lot more fun to fully enjoy what you can experience, and more importantly, what you like. Maybe “everybody” is watching “The Walking Dead” right now, but sometimes you just have to relax and watch reruns of “Friends” if that is what you truly enjoy.