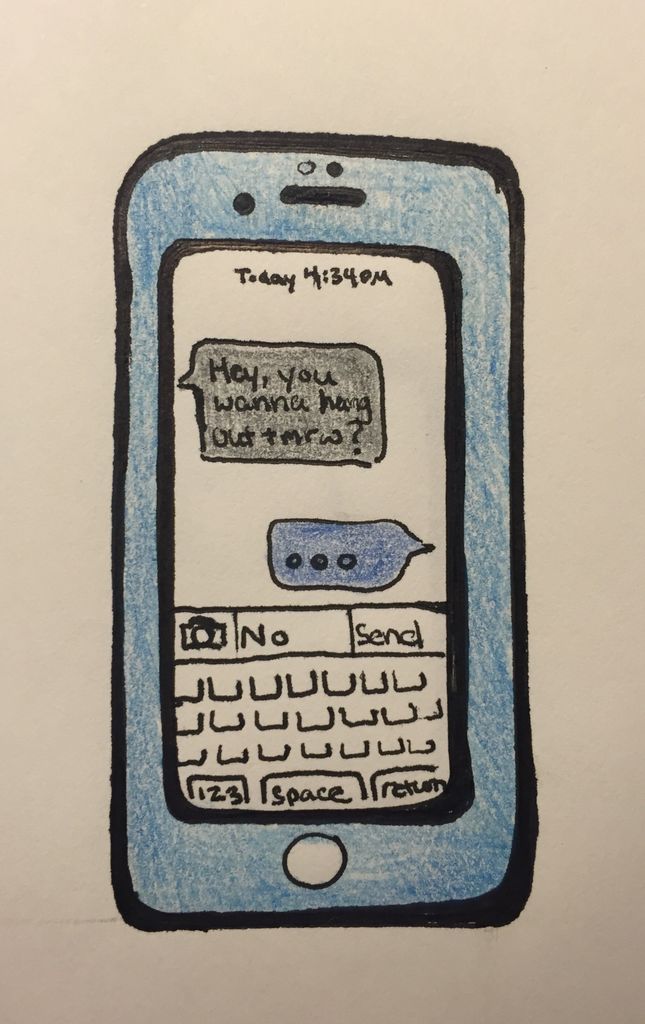 Pepperdine is the land of yes.

Every student’s schedule overflows with classes, clubs and events; so much so that overcommitting is a considered a typical part of Pepperdine life. Add in the New Year’s resolutions and the pressures of a new semester, and you would be hard-pressed to find anyone saying no on this campus. Why shouldn’t everyone embrace the exciting new year by trying new things? But maybe it’s possible that saying yes is not as good as we make it out to be.

The word no has unfairly received a bad reputation as a negative word. No is the word for cowards, quitters and closed-minded people. No is a word for those who are unwilling to embrace life to the fullest and try new things. Yes is the word of the brave: those who seek adventure and new horizons.

However, the reality is that no is a far more powerful word than yes. In Vanessa M. Patrick and Henrik Hagtvedt’s article “I Don’t” versus “I Can’t”: When Empowered Refusal Motivates Goal-Directed Behavior,” published in the Journal of Consumer Research in August 2012, Patrick and Hagtvedt address the critical importance of the word no. The article explains, “Being able to effectively say ‘no’ to temptation is a critical skill required for consumer health and well-being.” They go on to explain that the ability to say no increases the chance of consumers achieving their ultimate goals.

So why do we keep saying yes to things we don’t want? Why do we commit to things that don’t bring us closer to things we really want in life?

In a place like Pepperdine, where everyone says yes, no says a lot more about you. No is where you draw the line. It is definitive. What can you say about the person who does everything, but loves nothing? Saying no to things is not closing yourself off to new things, but knowing instead that the things you care about are worth more. Even though you may actually enjoy all twelve of your extra-curricular activities, can you really appreciate and make the most out of that time when you are constantly caught between them.

I have always hated the idea of closed doors, scared that I might miss out on a great opportunity. That’s how I ended up at Pepperdine in the first place. I knew around the last month of my senior year of high school that I wanted to study music. I also knew that I was not going to apply or audition for any conservatories or schools that focus solely on a music curriculum. The idea that I might only study music was daunting. I had no idea if music was the right decision, so I looked for liberal arts schools instead, somewhere where every door was open to me. That is how I got to Pepperdine, where I am currently in my junior year studying Vocal Performance.

Over the course of the last three years, I have learned the importance of the word no. Music degrees do not like to share. Music meant not going abroad my sophomore year, hours of zero-unit classes and opera rehearsals four nights a week. I have had to close doors on things that I thought I wanted. I have had to say no to fun opportunities. Why? Because those things took away from what I wanted most. By saying no to hanging out or joining a new club, I opened a whole new door. One that led somewhere far more meaningful for me. Because of those decisions I got my first role in an opera, a place in the traveling chamber choir, and the opportunity to give a solo recital. I never could have done any of these things if I had never learned to say no. No has given me more than all the yes’s ever could.

No plays so many important and valuable roles, especially in student life. No is a secret to success. It shows people that you have passions, so much so that you are willing to let go of other opportunities in order to spend more time on them. No is a key that opens doors that you do not even know are there yet. Doors that lead you to new places and new opportunities, ones that are already in line with the things you want. No is the ultimate tool for living intentionally. And as Carl Richards points out in his article “Saying No, So You Can Say Yes When It Matters” published in the New York Times on Jan. 18, 2016, like any other new habit, practice makes perfect.

So this year, explore the power of the word no. Explore the freedom of not just going with the flow. Explore your passions and be willing to let some experiences pass by in order to focus on what you really care about, what you really want.